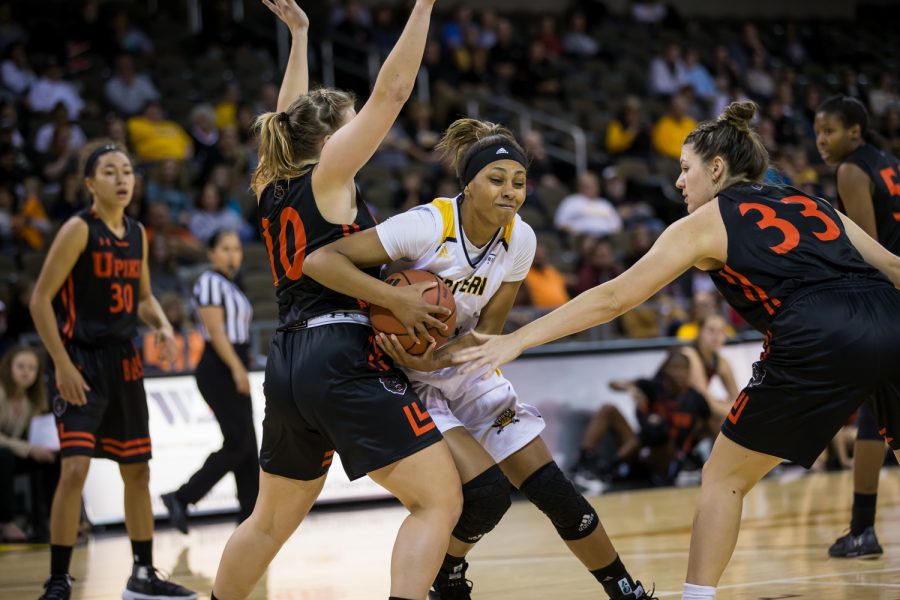 Despite holding Austin Peay to just 15-of-43 (34.9 percent) shooting, the NKU women’s basketball team fell to the Governors 52-48 on the road Monday night. With the loss, the Norse drop to 1-4 on the season, while the Governors improve to 3-3.

Taylor Clos led the Norse with 21 points on 8-of-14 shooting, while Kailey Coffey chipped in 11 points. Grayson Rose continued to dominate the boards with 11 and contributed six points and three blocks.

After Clos scored 13 of the Norse’s 18 points to knot the score after one, the Norse would use an 8-0 run to pull ahead by six (26-20) with five minutes and 18 seconds left in the second quarter. The Governors would catch back up after Keisha Gregory hit a big three to pull her team within one, but the Norse would use a 6-0 run in the final minutes of the quarter to lead 36-29 going into the half.

Though the Norse went 14-of-28 from the field in the first half, the Governors held the advantage at the charity stripe, shooting an impressive 11-for-11.

After being down by seven at the half, the Governors suffocated the Norse defensively and held them to just 12 points on 17 attempts, while forcing 17 turnovers and 11 steals en route to the victory.

The Norse ended the night shooting 42.2 percent (19-of-45) from the field and held the Governors top scorer and rebounder, Arielle Gonzalez-Varner to just one field goal and one rebound.

The Norse will have the next week off and look to turn things around when they return home to square off against Illinois State on Friday, Dec. 7. Tipoff against the Redbirds is scheduled for 7 p.m. and will be broadcasted on ESPN3.