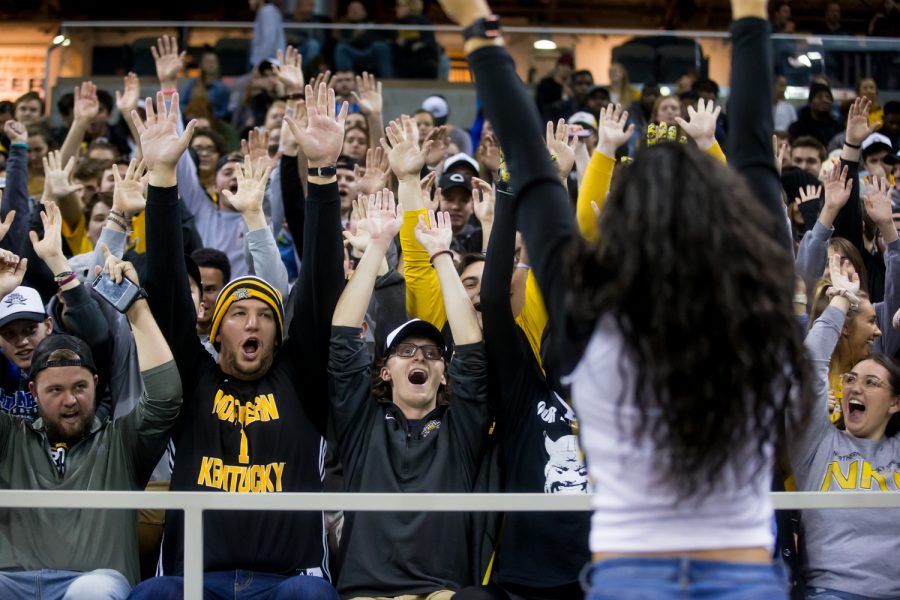 NKU fans cheer during the game against UNC Asheville.

“Partnering with FOX Sports Ohio provides a great opportunity to showcase our men’s basketball program and to shine a spotlight on Northern Kentucky University,” Director of Athletics Ken Bothof said. “FOX Sports Ohio is among the nation’s best regional sports networks and has significant reach in a market that is important for continuing to build the brands of both Norse basketball and the university. Thank you to FOX Sports Ohio for working so closely to build this partnership.”

Arranged through Norse Sports Properties, the partnership begins with the final game of the KEMI Northern Kentucky Basketball Classic when the Norse take on Coastal Carolina on Sunday, Nov. 18 at 6:30 p.m.

“The opportunity to align with FOX Sports Ohio is outstanding, and it instantly elevates visibility for the Norse brand, available in more than five million households across six states,” Learfield Norse Sports Properties General Manager Tony Kountz said. “We’re looking forward to a great basketball season and being on FOX Sports Ohio.”

The Norse’s road game against Milwaukee on Thursday, Feb. 28 will also air on the regional network.

Depending on your satellite or cable provider, fans can use this channel guide to determine which station to tune into.