McDonald notches his first double-double of the season 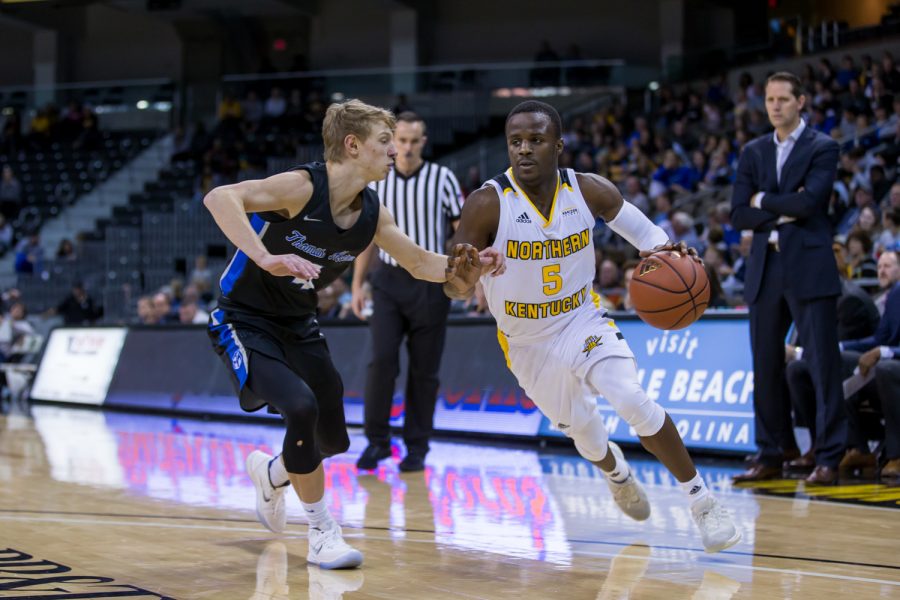 After draining a pair of clutch three-pointers in the first overtime and collecting an additional seven points in the second overtime, transfer guard Zaynah Robinson made all the difference for the Norse as they picked up the 88-85 victory over Northern Illinois on Friday night.

The Norse (2-0) trailed the Huskies (1-1) 73-67 late in the first overtime, but Robinson knocked down a pair of three-pointers with forty-three seconds remaining to knot the game at 73. Levi Bradley would put the Huskies ahead 75-73 with twenty-four seconds remaining, but Preseason Player of the Year Drew McDonald answered with a layup to tie the game at 75 and force a second overtime.

Robinson and Dantez Walton helped the Norse go ahead 81-75 after going on a 6-0 run with 2:52 left to go in the second overtime. Walton would add an additional three-pointer with 1:37 left to put the Norse ahead 84-77.

With four seconds remaining and the Norse clinging onto a one point lead, Robinson knocked down a pair of free-throws to extend the lead to three, 88-85, as the Norse escaped Northern Illinois with the victory.

McDonald led the Norse with 28 points and 14 rebounds; Walton and Tyler Sharpe each added 16 points while Robinson scored all 13 of his points in the two overtime periods.

The Norse return home to play Wabash College on Sunday, Nov. 11. Tipoff is scheduled for 6 p.m. and will be broadcast on ESPN+.