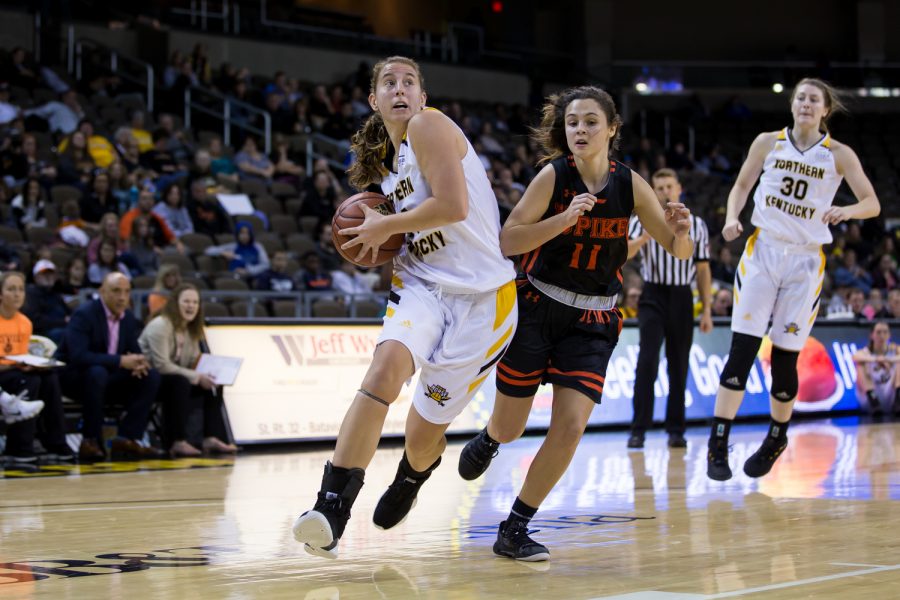 Gallery|10 Photos
Colin Johnson
Molly Glick (24) drives toward the basket during the game against University of Pikeville.