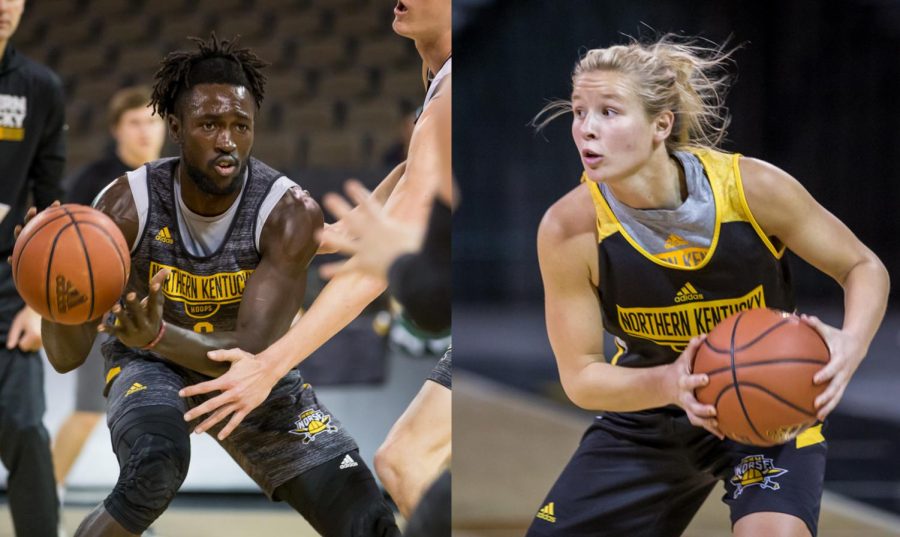 A total of 45 Northern Kentucky University men’s and women’s basketball games will be broadcast digitally on either ESPN3 or ESPN + for all of Norse nation to watch this season.

The Norse will be showcased on ESPN3 15 times, while being broadcast live on ESPN+ 30 times this season. ESPN+ can be accessed through the ESPN app that is available on an array streaming devices, including smart phones and video game consoles for only $4.99 a month or $49.99 for annual subscription.

The women’s basketball team will have nine games broadcast on ESPN3 and another 14 games available on ESPN+.

While six out of the 10 non-conference matchups have been confirmed for the digital service, all of the women’s non- conference home games will be broadcast through ESPN starting with Alderson Broaddus on Nov. 7 and Belmont on Nov. 21 on ESPN+, while Illinois State will be broadcast Dec. 7 on ESPN3. For the non-conference away games, you can watch the Norse travel to Kent State on Nov. 17 on ESPN3 and Austin Peay on Nov. 26 on. ESPN+. The Dec. 15 showdown against Louisville has yet to be determined while their matchup against Providence on Dec. 20 will be carried through the Friars All-Access.

In addition to their non-conference schedule, you can watch the Norse on either ESPN + or ESPN3 for all 18 of their Horizon League regular season games.

The men’s basketball team will have six games broadcast digitally on ESPN3 and another 16 games on ESPN + this season. Including two high profile conference matchups on ESPN2 and ESPNU.

Seven out of the 13 non-conference matchups have been confirmed for ESPN + and is highlighted by last year’s first No.16 seed to knock off a No.1 seed in the NCAA tournament, UMBC on Friday, Nov. 30, while top matchups against UNC Asheville (Nov. 16), Manhattan (Nov. 17) and the University of Central Florida (Nov. 24) will be broadcast on ESPN3. The much anticipated showdown against the University of Cincinnati on Tuesday, December 4 has yet to be determined.

In addition to their non-conference schedule, you can watch the Norse on either ESPN + or ESPN3 for 12 out of their 18 Horizon League contests, while their matchup against last season’s conference champion, Wright State will be broadcast from BB&T Arena on ESPN2 (Jan. 11) and the Nutter Center on ESPNU (Feb. 15).

The Norse will open their regular season up against Wilmington on Tuesday, Nov. 6 and conclude against Green Bay on Saturday, Mar. 2. Both macthups will stream digitally on ESPN +.

The men’s and women’s Horizon League tournament will be carried on either ESPN + or ESPN3 on Mar. 5- 11, while the championship game at Little Caesars Arena in Detroit will be broadcast on ESPNU, Tuesday, Mar. 12.