The Norse men’s soccer team fell 0-1 against the University of Kentucky Wildcats Sunday.

In the final exhibition game of the season, NKU struggled to rally after UK scored in the 18th minute of play. A missed shot in the 87th minute by Calvin Murphy (18) would have tied the game. 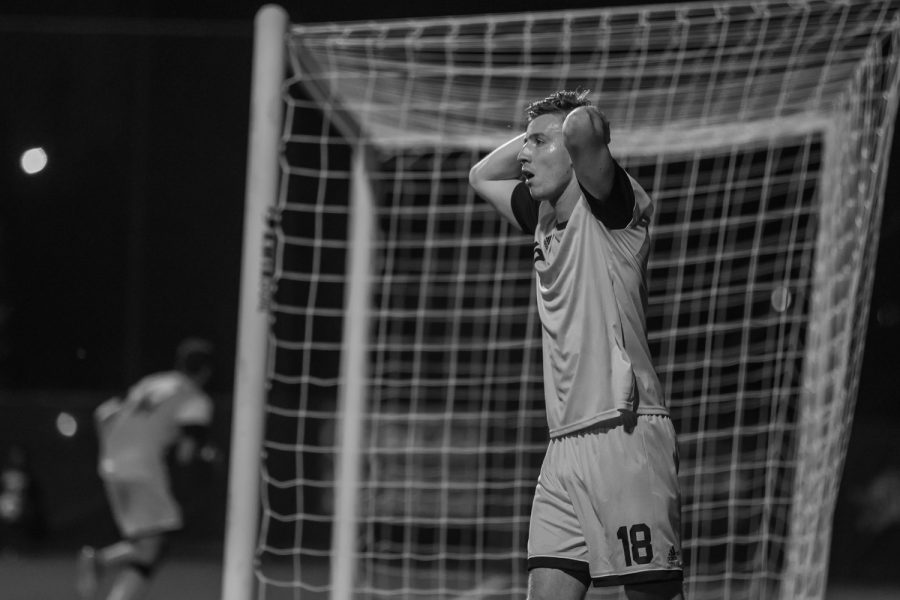 Gallery|8 Photos
Colin Johnson
Calvin Murphy (18) reacts to his missed shot in the 87th minute that could have tied the game for the Norse.