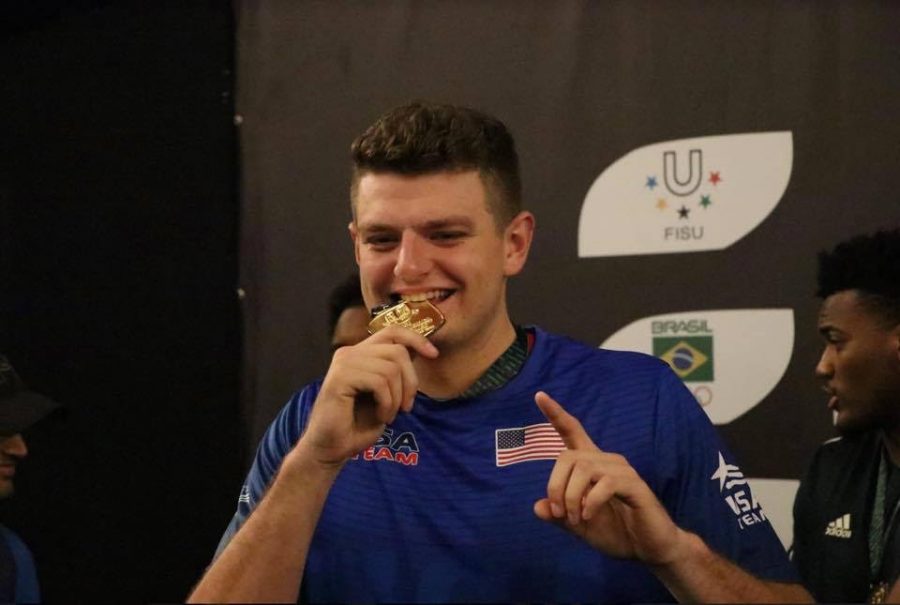 Norse men’s basketball standout Drew McDonald can now add a gold medal to his list of accomplishments at NKU. He and the Team USA squad went undefeated and knocked off Argentina in the championship game at the FISU (Fédération Internationale du Sport Universitaire) America Games in São Paulo, Brazil.

“It was a feeling I didn’t think I would ever get,” McDonald said. “When you put on that Team USA jersey, you’re no longer playing for yourself or the team on the front, you’re representing an entire country and playing for something much bigger.”

USA started group play with a 98-78 win over Mexico before a 92-79 decision against Chile. The victories advanced Team USA to the medal rounds where they defeated Brazil in the semifinals 79-65.

Then, in the gold medal game, Team USA overcame a 10-point deficit and pulled away in the second half for a 78-69 victory over Argentina.

“The first couple of games were nice to get under our belts,” McDonald said. “We experienced the different styles of play and really locked in the semi-finals against Brazil and the finals against Argentina.”

Prior to the championship game, McDonald said Team USA marched out onto the court behind the American flag and that as the national anthem started playing, the hairs on his arms started to stand. It was a moment he said he’ll never forget.

“That’s when it really hit me,” McDonald said. “I’m playing for a nation, I’m playing for 330 million people, it’s a lot bigger than me at this point.”

While standing on the podium during the medal ceremony, McDonald said he felt huge amounts of achievement and accomplishment after he was awarded his gold medal.

“It was tough to take off the first time,” McDonald said. “But it’s in my room hanging up right where I can see it before I go to bed every night.”

The FISU Games featured 20-25 nations from North, Central and South America to participate in 26 men’s and women’s sports over a nine-day period.

McDonald was one of 10 players chosen by Athletes in Action, a Christian-based organization that emphasizes the intersection of sports and the Bible to represent the United States, July 24-28.

“Team USA granted Athletes in Action the rights to put together four teams in men’s and women’s volleyball and basketball,” McDonald said. “Coach Mo (Michalski) gave me a call and asked if I was interested. I was, so we filled out some paperwork, got some donors to help me provide the funds for the trip and went from there.”

“It was tough at times,” McDonald said. “Knowing that we were all coming from different styles of play, we had one week and a couple of practices in Brazil to get a system that everyone felt comfortable with and that everyone could strive in and it worked. We ended up winning the championship.”

The two-time Horizon League First-Team honoree also had the opportunity to showcase some of the skills he added to his repertoire in preparation for the upcoming season at NKU.

“To be able to use some of the skills I’ve been working on with Coach Brannen was a great opportunity,” McDonald said. “I’ve been expanding my game by working on some shooting stuff, fine tuning some post moves, and working on being the anchor for our defense. Little things like that will make me more confident and a lot tougher to guard.”

Though the on-court activities were rewarding and the support back home was overwhelming, it was the off-court activities that were the most enriching for Team USA. McDonald and his teammates had the chance to visit a boys prison in Brazil, where he said the kids looked at them as if they were the best players in the world. It also gave them the opportunity to spread the word of God and pass out encouraging bracelets etched with a ministerial phrase: “Better Together,” “Audience of One” and “Follow the Leader.”

“The experience was unbelievable,” McDonald said. “Just being able to expand the United States culture and spread my own faith down there is a journey I really enjoyed.”

The 6’7, 250-lb. senior returned home with a deeper spiritual commitment and hopes that his new perspective on life, is able to transfer onto the court this season and make the Norse the most successful they can be.

“Everyone wants their senior year to be the best and most accomplished year,” McDonald said. “It’s going to be tough for me to live up to because we’ve had some success the last couple of years.”

McDonald averaged 17 points and 9.6 rebounds last season, helping the Norse clinch their first Horizon League regular season title and a NIT appearance against Louisville. His 18 double-doubles in 2017-18 ranked 11th in the country last year, and he was named to the National Association of Basketball Coaches All-District 12 First Team. He was a member of the Horizon League All-Academic Team while holding a 3.37 GPA as a marketing major.

“I know this system inside and out,” McDonald said. “So if I can continue to lead and help the new guys along, it’ll make it easier for the team and make us successful.”

“I just want them to remember me as a team player to be honest,” McDonald said. “Just someone that was all for the program, did anything they could to make the program succeed and helped build a foundation to take us to a higher level.” 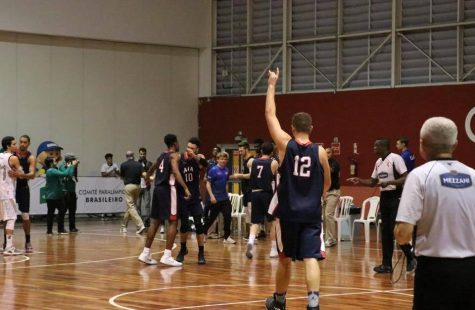