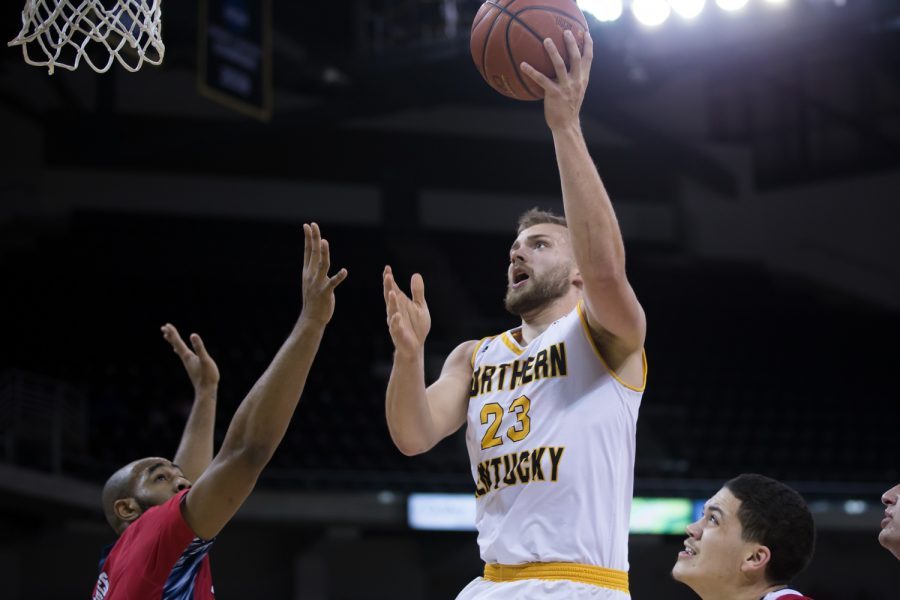 NKU’s sophomore forward Carson Williams has been granted his release from the university and will transfer to a different program.

The release was confirmed by NKU director of communications Bryan McEldowney. The department declined to comment any further on the situation.

Williams started the season strong, averaging 12 ppg during the season and 5.6 rpg, but fell off in the second half of the season.

He did not start the final four games of the season for the Norse, including the NIT game against Louisville.

Williams was named Mr. Kentucky Basketball in 2016 at Owen County High School and was appointed to the All-Horizon League Freshman team in 2017.

Currently, there is no information as to where Williams will play next.

Head coach John Brannen declined to comment on the situation. This is an ongoing story.