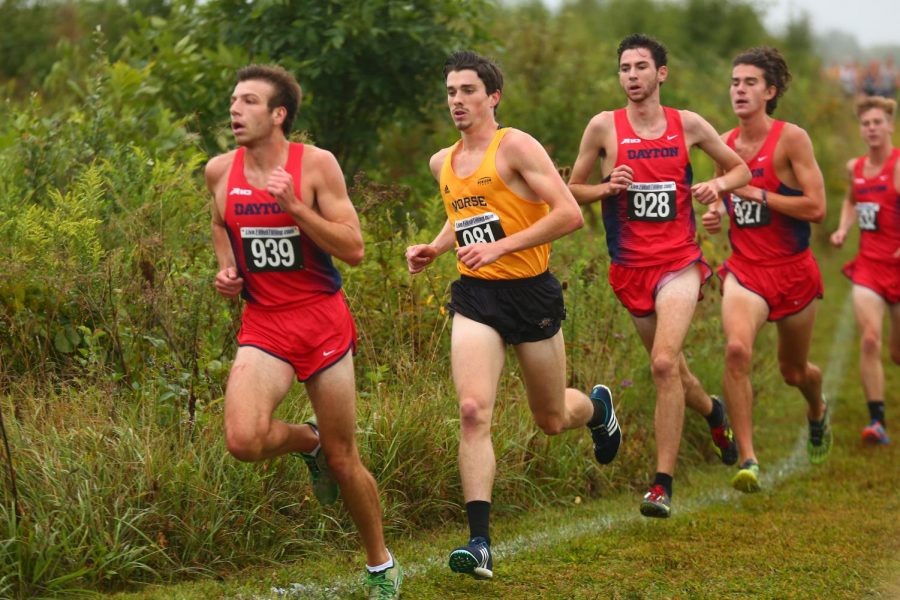 Redshirt junior Andrew Schille ran his way to a Horizon League Cross Country Championship on Oct. 30 in the 8K race with a time of 24:57.40. This was Schille’s second Horizon League title, the first coming last season in the 1,500 meter run at the Horizon League Track & Field Championships this past spring. The Norse finished third overall in the meet.

“It was a tremendous achievement,” Schille said. “It felt great to help my team out.”

Schille’s season has been full of accomplishments so far. He was named the 2017 Horizon League Cross Country Athlete of the Year as well as a member of First Team All-Horizon League. Head coach Steve Kruse said not only has he been a great runner, but a great leader as well.

“He’s a prolific trainer, he knows when to push and back off,” Kruse said. “The win was a big part of what he [Andrew] was shooting for and one of his goals for the season.”

Schille said this win felt a little sweeter than his Track & Field win from last year.

“Winning the cross country title meant a little bit more,” Schille said. “In track, people are divided amongst various events so you don’t get to race everyone like in Cross Country…it felt good.”

Not only did this achievement look good for Schille, but it helped demonstrate what needs to get done on the course, according to Kruse.

“He leads by example…You want to know how to get it done in college? Go watch him,” Kruse said.

Kruse knows how hard Schille worked this season after finishing in fourth place in the race last season.

“He knew he could do better…so he worked hard at it,” Kruse said. “The hard work paid off for him and it really helped our team.”

For Andrew, winning any event–especially at the Division-I level is a huge accomplishment. He said moments like that make the experience all the sweeter.

“It felt great. My parents got to come out to the meet…there was a huge crowd…I know I gave my team a good low point score,” Schille said.

In cross country, you want your team to have the lowest score. The higher you place, the lower the score.

One thing that will stick with Schille from this experience was the sportsmanship, he said.

“The sportsmanship among all the teams and athletes is what really gets me,” Schille said. “After I won the race, I had coaches and athletes from all the Horizon League teams come up and congratulate me and shake my hand…It’s moments like those that you never forget.”