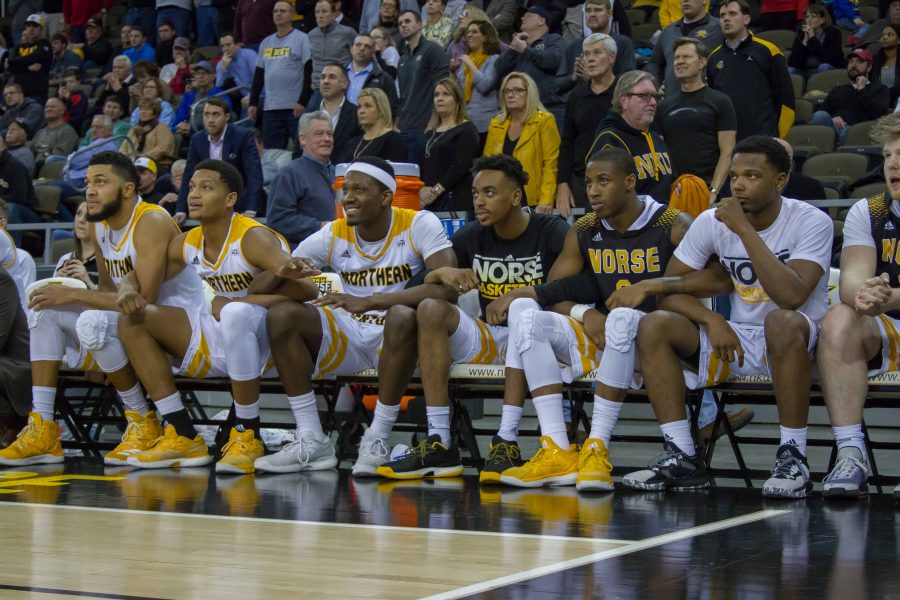 NKU drew its second-largest crowd of the season Thursday as the Norse defeated Green Bay.

NKU’s men’s basketball team has already sold 1,200 season tickets for their 2017-18 schedule: an increase that nearly doubles last year’s sales, according to the NKU marketing department

“Winning is the thing that does it for the most part,” assistant athletic director for marketing, promotions and tickets Brandon Hayes said. “I’ve seen a big difference in the excitement around campus.”

Following the Norse’s run in the NCAA Tournament for the first time, Hayes said they established a new way of attracting ticket holders: ticket deposits.

“With ticket deposits, anyone can come in and pay $50 per seat,” Hayes said. “You don’t have to pay in full but this guarantees you a spot as well as a championship shirt from last season.”

Micki Ford, coordinator of athletics ticketing, said this has been a very effective technique.

Last October, 491 people had renewed their season tickets and 141 new people purchased season tickets, according to the NKU Men’s Basketball Weekly Season Ticket report. This time around, 647 people renewed their tickets, while 508 people bought theirs for the first time.

“People call us all of the sudden now, which is really nice and kind of unexpected,” Hayes said. “When we realized we had an opportunity, we made some key decisions.”

Ford said that building up to this season, she changed some of her sales strategies..

“I was more aggressive about it…if someone emailed me saying they were interested and then wouldn’t answer me back, I would email them again saying that these might not be available soon with how fast sales are going,” Ford said.

According to the NKU press release, 93 percent of last season’s season ticket holders have renewed their tickets.

“In the past it’s been around 82 percent renewal,” Ford said. “A good industry number is 90 percent.”

Since NKU’s BB&T Arena opened in 2008, tickets have been on the rise, according to Hayes.

“It created a problem for the first time for NKU in this building [BB&T]…there was an urgency to pick a good seat. It’s a problem but a really good problem to have,” Hayes said. “It doesn’t shock me that we are going to do that well…what surprises me the most is the amount of new season ticket holders.”

The increased sales aren’t just affecting the marketing and ticket sales departments, but it is impacting the school, fans and students.

Hayes hopes the success of last season can carry over into this season to start off strong.

“Six out of our last seven home games last year brought in about 2,900 fans…we averaged 2,824…we were bringing in numbers higher than our season average those last few games,” Hayes said.

Ford and Hayes said they believe this season can pick up where last season left off with attendance. They believe that the upcoming exhibition game against Urbana should draw in close to 3,000 fans.

The attendance impacts the athletes, too. Ford said that a lot of the players came up to her and said they were shocked by the amount of people at each game,especially during the Oakland game at home last season.

“It’s a point of pride for them [players],” Hayes said. “It breaks my heart to have bad crowds for the players…they like to say it doesn’t affect them, but you can see it taking away a pep in their step.”