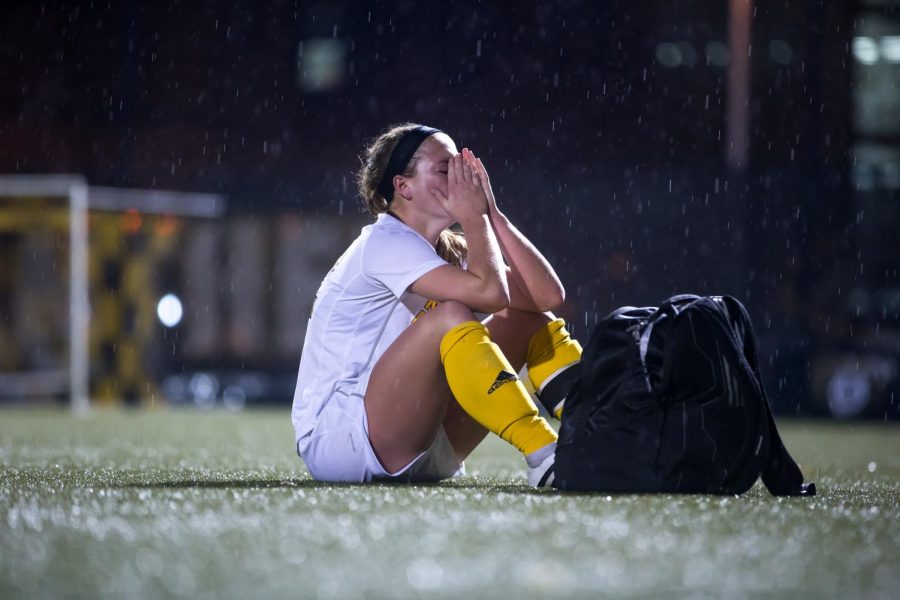 Jessica Frey (12) reacts to the 3-2 loss to IUPUI in the final game of her senior season in the Semi-Final game of the Horizon League Women’s Soccer Tournament in Milwaukee, Wisconsin. 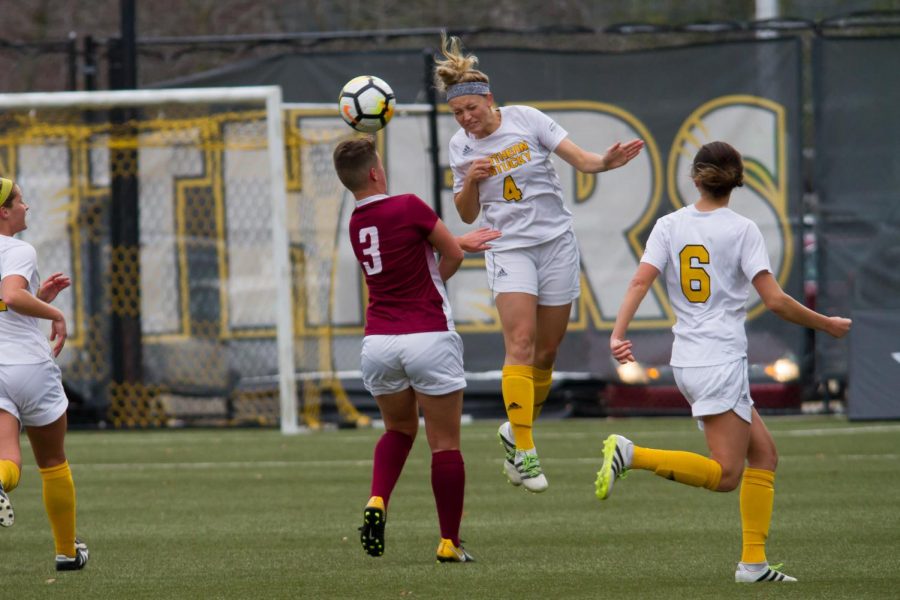 Gallery|13 Photos
Colin Johnson
Hannah Fischer (4) Heads a ball in the air in the Semi-Final game of the Horizon League Women's Soccer Tournament in Milwaukee, Wisconsin against opponent IUPUI.

“We were relentless in our attack and played exceptionally well in stretches tonight,” head coach Bob Sheehan said.

The Norse shot 26 times in the match, with 10 of those shots put on goal and forced Jaguar goalkeeper Sophia Lipka to make eight saves. The Jaguars shot just seven times all night and put five shots on goal.

Unfortunately for the Norse, three of those five shots on goal ended up in the back of the net.

Jessica Frey started the scoring in the 17 minute thanks to a double assist from Emily Soltes and Macy Hamblin. The goal was her 11 goal of the season. The Norse finished the half with 18 shots and missed several opportunities to make it a 2-0 lead.

The Jaguars tied the game just after halftime when Valentine Pursey received a corner kick from Krissy Kirkoff by the far post.

The Norse would take the lead in the 79 minute, when Samantha Duwell was able to score on an assist from Erin Sutton.

The final 10 minutes of the match belonged to Pursey, however. In the 84 minute, the Norse were called for a handball in the box and Pursey deposited the penalty kick in the back of the net.

Then, with just a minute left in regulation, Sarah Jacobs served a long free kick into the box and Pursey headed the ball past Emily Lohmann to give the Jaguars a 3-2 lead. Hamblin had a chance to tie the game with 10 seconds left, but her shot bounced off the post.

“Congratulations to our four seniors Jess, Liz, Macy, and Kayte, who have all been outstanding contributors to the program over the last four years,” Sheehan said.