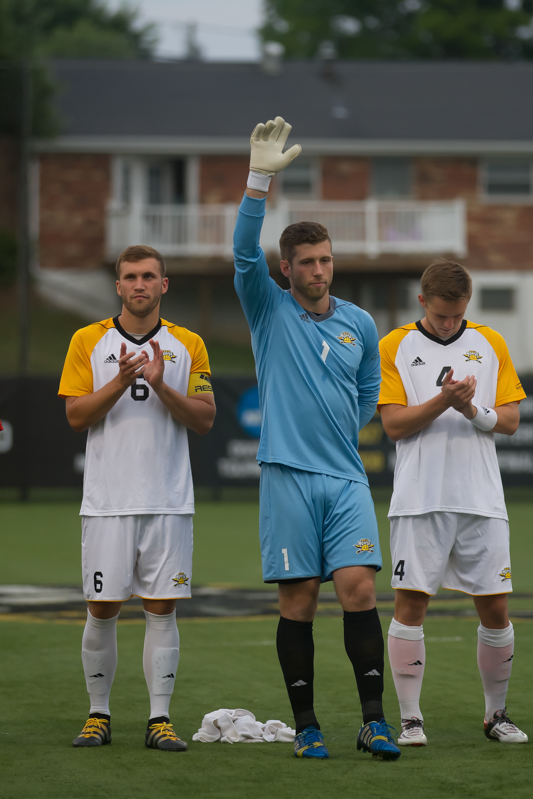 Jim Barkei (1) is introduced before the game against Fort Wayne

In the 0-0 draw against Cleveland State, Barkei faced 22 shots and made seven saves to prevent the Vikings from prevailing in the match.

“It’s a nice accolade for him and one that he’s very deserving of,” NKU head coach Stu Riddle said.“He’s been a great addition for the program on and off the field, and I’m sure that he will continue to get better throughout the season.”

Barkei also faced 13 shots in NKU’s 1-0 win over the Dayton Flyers and has .85 goals-against average with 21 total saves on the season.

The Norse fought off a fierce Viking attack to earn a 0-0 tie after two overtime periods. The Norse are now 4-1-2 on the season while Cleveland State is 2-4-1 on the season.

Tom Suchecki and Rikard Lindqvist collected shots on goal for the Norse while Hesham Hammounda shot four times for the Vikings and put one shot on goal. Vlad Jandric shot twice and put both shots on goal.