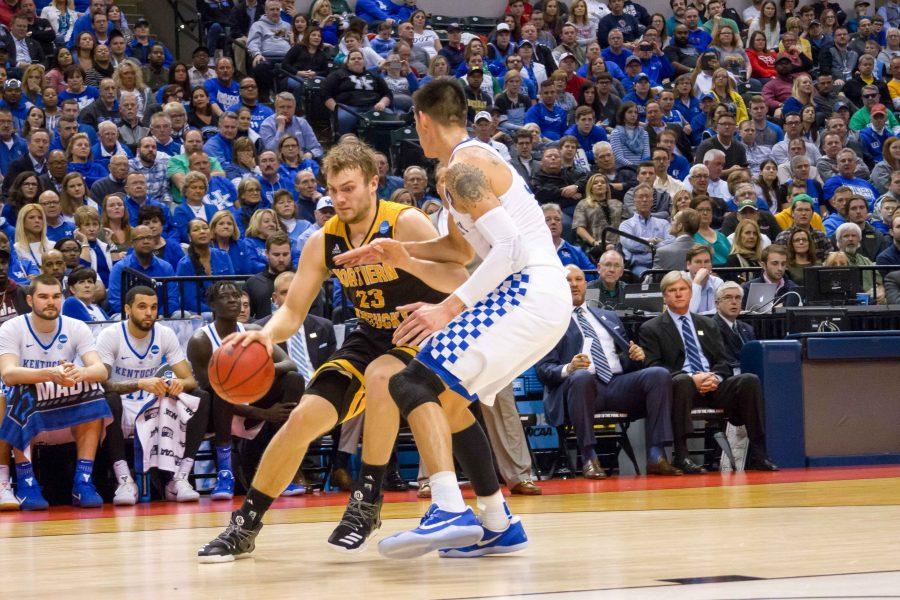 NKU started off well, taking an early 7-6 lead before Kentucky surged ahead. The Wildcats increased their lead to 23-12 with 10:58 left in the half.

The Norse would answer with a 9-0 run of their own. Baskets by Lavone Holland II, Drew McDonald and Carson Williams pulled NKU within two, 23-21.

After NKU missed a shot that would have given it the lead, Kentucky went on another offensive outburst. This time it was a 13-0 run over 3:53 that helped the Wildcats secure a halftime advantage.

De’Aaron Fox and Bam Adebayo lead Kentucky with 10 points each.

This story will be updated after the game.