What you missed at SGA: Success by Design and new members 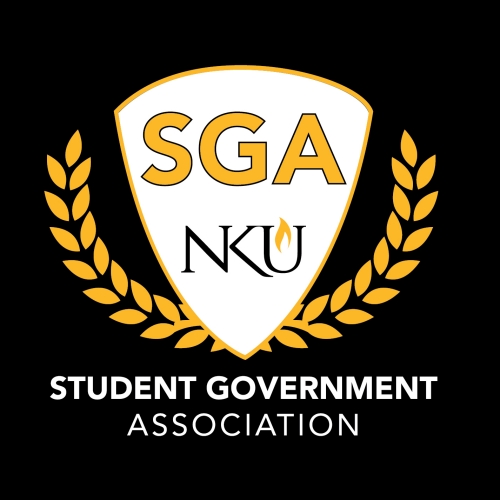 The Student Government Association provided feedback on the Success by Design strategic framework and welcomed two new senators at this week’s meeting.

According to Brown, Northern Kentucky University has implemented a new installment plan, raised the credits cap for military transfers and stopped dropping students for non-payment in the middle of the semester for the Tripwire Identification component. The university is looking to improve various aspects that can create challenges to student success, from having too many registration holds to managing scholarships.

Some senators shared issues they have faced as students, including an unresponsive financial aid office, unavailable academic advisors and even having to change their NKU passwords too often.

Brown continued the presentation with Moon Shot for Equity, in which NKU works with four other schools in the region to assist struggling students and streamline the transfer process.

For the Advising & Coordinated Care and High Impact Practices components of Success by Design, Brown reported that NKU has developed a model for coordinated care that is awaiting rollout and training later in the fall, and provided training for over 200 faculty members over the summer to help them create high impact learning.

High impact practices mean that students can attain hands-on experience through a class, be it practicum, internship or research opportunities, signified by the “S” in the course title.

Brown then unveiled the Degree, Co-Curricular & Career Mapping model, which informs students within a major of the skills they can acquire over the four-year track, opportunities for development outside of the classroom, post-graduation paths typically pursued by spotlights on notable alumni.

SGA gave feedback on this model. Senator Ash Landis suggested a resources list at the bottom of the page, connections to other students within the major and alternatives to non-required courses. Justice Brayden Young suggested a timeline of projected expenses for the degree track. Brown took all of the ideas into consideration.

The second guest speaker was Dr. Ryan Salzman, a professor in political science, who briefly introduced SGA to the Future Leaders Internship Program. Every spring semester, eligible students travel to Frankfort on Tuesdays and Thursdays to intern with a member of the Kentucky General Assembly or administrative office, receiving course credits and a stipend in the process. Their responsibilities range from tracking bills and communications to shadowing the appointed sponsor at meetings and events. Salzman advised that SGA members apply for the program as it would enable them to network with important policymakers and receive valuable recommendations.

Next on the agenda, SGA swore in two new senators as a slate with no opposition and no abstention, drawing the number of seats needed for quorum down to four.

The Student Senate then broke out into committees for 15 minutes, and returned with ideas of creating anonymous online forms and suggestion boxes that people could use to report to SGA. Senator Stevie Davis brought up informing international students of voting for student government. Building on that point, Senator Landis suggested an awareness campaign to let international students know what kinds of behavior are socially accepted in the U.S. so that they could recognize and report on wrongdoings.

President Daniel Myers introduced another new initiative: executive coaches, or e-board members who will act as coaches for senators and offer assistance to them as needed. The Student Senate spent the next 15 minutes breaking out into teams with their corresponding e-coaches to get to know one another and discussed answers to the previous Boots to the Ground question.

For this week’s Boots to the Ground, SGA members would ask the following question: “What obstacles have you come across during your college journey?”