Queen of England’s death: Students and staff reflect on her impact 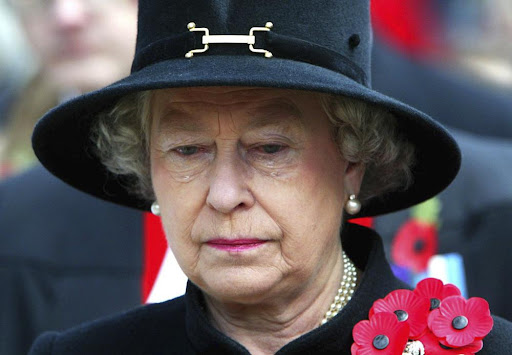 The death of 96-year-old Queen Elizabeth II shocked the globe Thursday afternoon. Her 70-year reign over the United Kingdom was the longest rule in British history, according to the Associated Press. The coming days will be full of mourning in the U.K., a testament to the queen’s exemplary legacy and multigenerational impact.

Alex Rhodes, NKU graduate student from Essex, England, spoke to the effect the queen’s passing has on his home country. In a monarchy system where the royal family is separated from the legislature, Queen Elizabeth II was still present for every historically impactful event in the last 70 years.

“The last 70 years have been so different, you know. The rise of technology, the second World War and the Berlin Wall. All of the things that have happened in the last 70 years she’s seen, and not many people can say that,” Rhodes said.

For older generations, like Rhodes’ grandparents, living through both the coronation and passing of the monarch comes with a sad and eerie feeling. The influence of the queen could be felt in everyday life, Rhodes recalled, from pulling out money and seeing her face to constantly reading about her in the press.

“I was saying to my coworkers,” Rhodes said, “the queen probably was the first person I knew existed outside of my family… because she’s just everywhere.”

NKU Political Science professor Dr. Edward Kwon pointed out that while Queen Elizabeth II was a symbol of unity in the U.K., her death will have little impact on the governmental system. It comes as no surprise that King Charles III is set to take the throne, which Dr. Kwon believes will be interesting to see play out because of past controversies surrounding Charles, Princess Diana and Charles’ current wife Camilla.

As King Charles III takes over power, Rhodes believes views will shift to see him as simply a figurehead and not a symbol of the culture like Queen Elizabeth II.

Cayley Ginn, International Student Coordinator in NKU’s Office of Global Affairs, does not expect to see the spotlight fade from the royal family even far after the queen’s passing. Familial strains in the past years, especially with Harry and Meghan, have kept the royal family in the tabloids and relevant in the lives of people around the world. People like Ginn can’t help but wonder what will happen next.

“I think people will continue to wonder because Prince Charles is also an older gentleman. So I think people now are just going to be like, ‘Well, how long will he be here?’” Ginn said.

Living in the United States is now an odd time for Rhodes, who will be watching the funeral of the queen via television rather than in his home country. Rhodes pointed out how in the U.S., Elizabeth’s death comes with a shock factor and romanticized feeling toward the person she was. In England, however, the concern is more over what her death signifies for the country and what will happen in the coming years. The United Kingdom will enter a 10-day period of mourning beginning Friday, according to The Independent.

This period of mourning comes in an untimely manner for junior Kayla Rich, who is preparing to arrive in England Sept. 15 to study abroad. The psychology major will spend the next 10 months as an exchange student in the U.K. She will be witnessing history, arriving just before the funeral of the queen and coronation of King Charles III.

Living through history comes with its concerns, though, as Rich braces for flight changes and hiccups within her exchange university.

“I think right now my first concern would be just how different flying is going to be. The flights are now double the cost because everybody wants to get to London,” Rich said.

While she has yet to receive a statement from her university about possible closures and changes, Rich looks forward to experiencing history and having a newfound respect for the English monarchy.

Queen Elizabeth II will be remembered for her class and confidence, but also the ability to have a laugh and let loose even during her later years, according to Ginn.

Dr. Kwon mentioned the doubt and concern people had when Elizabeth took the throne because she was a 26-year-old woman. Now, though, her unifying of the country and showing up for the people in hard times is what she will be remembered for.