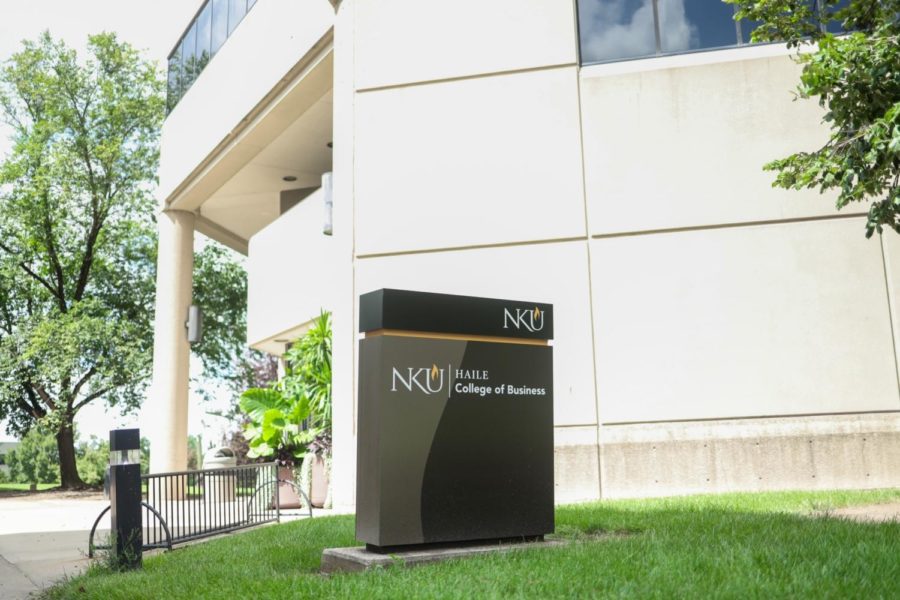 NKU is making a name for itself, not only within the region but around the globe.

World’s Universities with Real Impact (WURI) recently ranked NKU as one of the Global Top 100 Innovative Universities in the world. NKU was ranked 78th globally, but made its way to 28th in the United States.

Along with this ranking came another in the category of entrepreneurial spirit. For this, NKU ranked 17th globally.

The rankings were determined through consideration of societal contributions, crisis management in the midst of the pandemic and other crises, creation of startups and entrepreneurship, and student mobility, according to WURI.

President Ashish Vaidya said these rankings come with great pride for him, as NKU is a relatively young university that is making a name for itself in the world.

“We are a rising institution that is making not only a national but a global mark on the things we have set out to do for ourselves. We’re very focused on listening to the hopes, aspirations and ambitions of the people we serve,” President Vaidya said.

NKU fell amongst many other world-renowned universities in WURI’s entrepreneurial spirit category, including University of California Berkeley, Princeton University and University of Chicago.

One of the hubs that helped anchor these rankings is the Center for Innovation and Entrepreneurship (CIE), directed by Dr. David Schneider. Located in the College of Business, CIE provides programs and resources for students of all backgrounds, ages and majors.

According to Schneider, CIE can take students on a journey of entrepreneurship and career skills from high school to the end of their profession. The JumpStart program for high school students allows students of all potential majors to come to NKU’s campus and explore their entrepreneurial passions. The INKUbator allows aspiring entrepreneurs to pitch their business model to professionals in a Shark Tank fashion, where they can gain funding, mentorship and visibility.

“It doesn’t matter what your major is. That’s the cool thing about entrepreneurship. Anything works, because the skills you learn through the programs get you prepared,” Schneider said.

President Vaidya cited many other aspects of the university that aided in its innovation ranking. The Institute for Health Innovation tackles complex issues facing the Northern Kentucky community, such as chronic illness and substance abuse. They seek to bring about innovative solutions that improve the quality of life for the region, not just the university. NKU partnered with the University of Kentucky’s College of Medicine and St. Elizabeth Healthcare to have a regional medical campus at the university. The university’s Kroger partnership to sustain FUEL NKU also serves as a valuable resource, providing groceries, toiletries and other necessities to students at no cost.

The recent rankings are a testament to President Vaidya’s mission for a student-first university, and the university’s efforts will not stop because of the global recognition. Vaidya said the university is working to implement a seamless hybrid environment to best serve traditional and non-traditional students, so there is no discernable difference in engagement between in-person and virtual students. Another initiative is set to launch called Enterprise NKU, which will allow individuals, businesses and nonprofits to easily partner and engage with the university’s programs and resources.

Schneider commended President Vaidya and credited the university’s leadership for allowing faculty and professors to put their expertise to use for students.

“At the end of the day, it’s not the buildings that drive the rankings, it’s not just the technology or the computers in the labs or all that. What drives our value and what drives our rankings is all based on the people: the faculty, staff and our community partners,” President Vaidya said.