NKU awarded grant to revitalize the humanities in gen ed

Based on a list of transformative texts, the program will be implemented in the spring 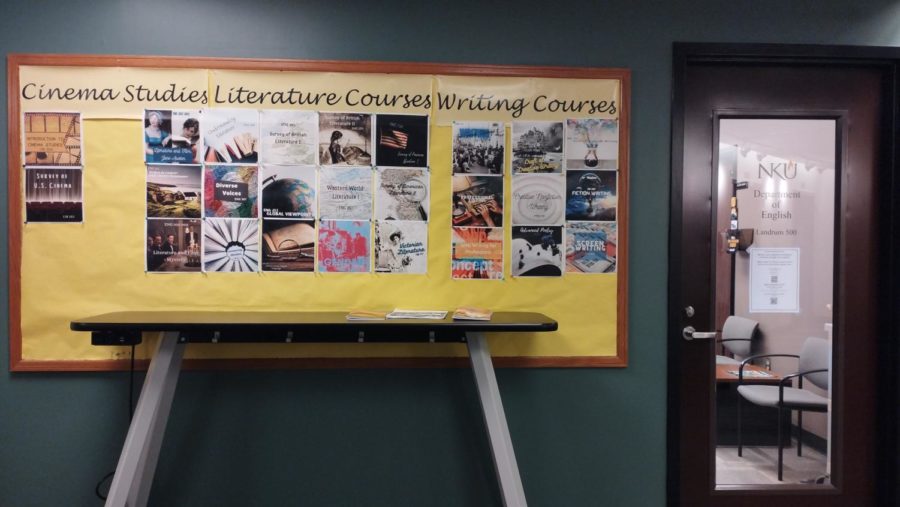 The Becoming a STAR program aims to make the humanities in general education more relevant to students through transformative texts.

Last July Northern Kentucky University received the Cornerstone: Learning for Living grant from the Teagle Foundation and National Endowment for the Humanities (NEH) to fund Becoming a STAR, designed to energize the humanities in general education. Central to the program is a list of transformative texts that will be shared in several general education courses taught by tenured and tenure-track faculty.

The pilot is being built in the coming fall semester and the first section of courses will be offered in the spring. Two gateway programs, ENG 101* and ENG 102*, if approved will serve as a two-semester seminar experience that fulfills both Written Communication requirements.

Becoming a STAR is also intended to lead to a certificate program that gives students a credential for completing the whole pathway and acts as an additional item on student transcripts.

According to Dr. Tonya Krouse, professor of English, Honors College First Year Experience coordinator and one of the proposal writers, students often attend college and university to pursue a path to career. They want to ensure that every course they take counts toward their professional goals and ambitions, but sometimes the connections between professional development and the humanities are not obvious.

Becoming a STAR aims to make the humanities more relevant to NKU students, particularly students in STEM-H and business programs. The core idea is to make students feel that what they have learned can benefit them in their future careers or change how they think about community, colleagues and the world.

“We’re not reinventing the wheel,” Krouse said. “What we’re trying to do is meet students where they are and respond to what students care about in the work that we do.”

To this end, faculty members across different departments are drafting a list of one hundred transformative texts, which have inspired readers from ancient times to the modern day and left lasting impacts on culture. These texts are meant to create what the planners call a common intellectual experience and a conversation starter among NKU faculty.

Krouse used Mary Shelley’s Frankenstein as an example. As someone trained in English literature, she might approach the text as a great novel and discuss the author’s stylistic innovations. On the other hand, a philosophy professor might be more interested in the ethics of creating life and who gets to decide what a person is, while a historian might want to emphasize scientific developments from the nineteenth century up to now.

These transformative texts will shape assignments and discussions in the classroom. They will also allow the faculty to be intentional about planning extracurricular and co-curricular activities connected to coursework, such as guest speakers and projects whose subject matters are relevant to what students have learned. At a later date students will be invited to provide their insights as well.

“It’s just a way to focus on certain things and ideas within gen ed without changing the gen ed curriculum per se,” said Dr. Emily Detmer-Goebel, director of General Education and one of the proposal writers.

In assembling the list, Krouse highlighted the faculty’s commitment to including a diverse array of texts by diverse writers telling diverse stories.

“One of the things that people feel anxious about when you say you’re making a list of texts to draw from is that it’s going to be the same old list. The same old list of a canon, of dead white rich men. That is not going to speak to every person on our campus,” Krouse said. “You might expect to see a play by Shakespeare for example, but you’re also going to see writers like James Baldwin and Toni Morrison.”

Dr. Tamara O’Callaghan, professor of English and one of the proposal writers, emphasized the commitment to make the texts available in the library, in electronic forms at no cost to students and as open educational resources.

“We know that students, particularly the pre-professional majors, have incredible expenses with core textbooks. We really want the gen ed courses that we design to be fully accessible to all students regardless of their income sources,” O’Callaghan said.

All three planners shared the opinion that the humanities as academics are not faring well in general education, not just at NKU but across the U.S. and even in other countries like Canada and Britain. Humanities departments at NKU have lost tenured faculty members who have yet to be replaced and student enrollment in humanities courses has decreased compared to 2008, according to Krouse.

“Even across the nation there’s a push for students to take courses that have more to do with their majors and their career goals, and the humanities are kind of seen as not that important, something that only the privileged have time for,” Detmer-Goebel said.

“This evolved into a discussion about the fact that as a computer science professor, they’re constantly telling their students that as much as they need to be able to code, they also need to be able to write,” O’Callaghan said. “[The faculty] wish they would take more humanities courses because they need those communication skills that the liberal arts encourage and foster and are so good at training students in, be it public speaking or writing or following patterns.”

Krouse hopes that with funding from the Teagle Foundation and NEH, the faculty could make institutional metrics like course enrollment and faculty-to-student ratio match up with the real level of interest in the humanities, which is expressed in the music, art and narratives that have captivated different individuals in their daily lives.

“That pathway is going to, we hope, create a coherent experience that helps students connect the dots between their majors and the work they’re doing in general education,” Krouse said. “We need to take those courses that count and make them really exciting and engaging for our students.”

Aside from the STAR program, the general education curriculum will be seeing a few changes in the upcoming semester. According to Detmer-Goebel, seven new courses spanning creative writing, pop culture, dance and politics have been added, as well as a new About Courses tab, FAQ tab and Flipgrid videos in which instructors talk about the courses on the general education webpage. EDU 316 has changed name to “Education in a Multicultural Society” and ENV 220 has changed to ENV 130 “Water and People.”