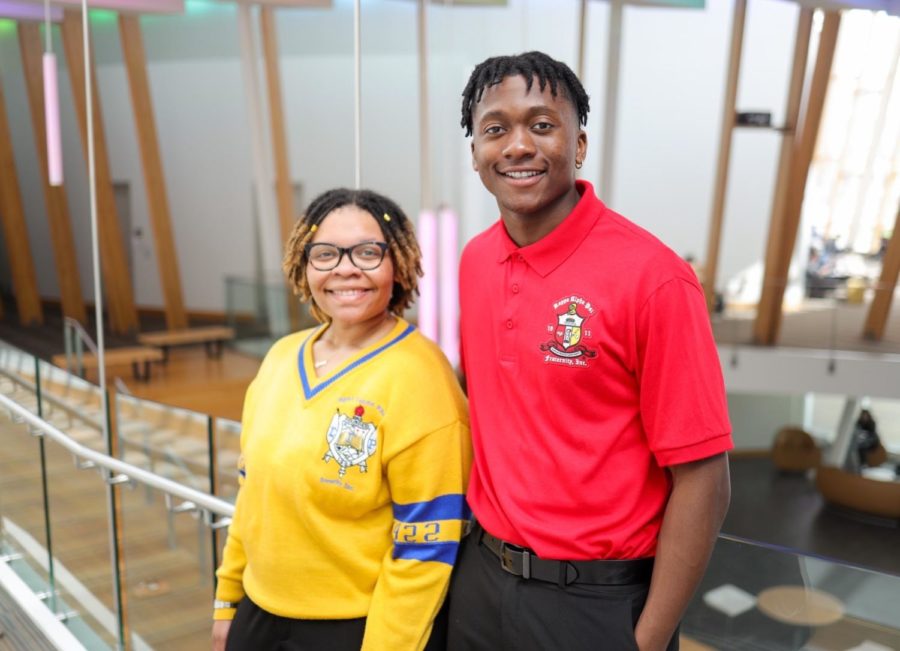 Daniel Myers and Jaelynn “Jae” Gentry have announced their candidacy for SGA president and vice president for the 2022-23 academic year.

Myers is a junior with a double major in marketing and sports business and event management. He currently serves as the vice president of SGA in addition to his other involvement on campus.

Myers believes that his extensive involvement on NKU’s campus has helped him  prepare for the position of SGA president by exposing him to different individuals and communities and helping him to learn about what students on campus are passionate about.

“People care about this university and that’s one of the most inspiring things for me,” Myers said.

Myers hopes to translate that same energy to the rest of the student body and encourage more students to get involved on campus.

Gentry is a sophomore psychology major with a minor in Black studies. Gentry currently serves as a senator in SGA.

Gentry is a member of the Honors College, a member of Sigma Gamma Rho Sorority Incorporated and a R.O.C.K.S Mentor as well as a resident assistant and desk assistant.

Gentry says her involvement on campus has opened her eyes to the interconnectedness of students.

Moreover, Gentry said that being active on campus has helped her to see the ins and outs of NKU and enlightened her about what really makes NKU the community that it is.

Their platforms and goals

Myers and Gentry’s platform is “Embracing our gold.” The platform consists of three main points: knowledge, inclusion and culture.

“It’s really about getting students to embrace the university, embrace being a Norse, [and] embrace being one unified student body,” Myers said.

Myers said, to effectively get students excited about NKU is to make people aware of events happening on campus. This relates to the knowledge pillar of their platform. The pair plans to make students aware of campus events through the use of social media.

Next, the team wants to tackle inclusion. “We’ve also noticed that a lot of [NKU] communities don’t feel as though they can go to other communities, events and spaces because they feel as though it is not their place to come or that, sometimes, they don’t belong in those spaces,” Gentry said.

Knowing this, Gentry said she is “pushing the concept of intersectionality and that we all relate in some way, shape, or form whether we realize it or not.”

Culture is also a significant part of the slate’s platform. Myers says it all starts with getting people in front of each other. Myers mentioned that since the beginning of the pandemic there has been a huge lack of engagement.

“How can I embrace you and include you in things if I don’t know who you are?” Myers asked.

“Knowledge is awareness, inclusion is bringing people together [and] making people aware of the differences that people have,” Myers said. The culture will be established by a student body that, as their platform title suggests, embraces their gold.”

Myers and Gentry also want to support sustainability on NKU’s campus. They hope to inspire students to be intentional and to remind them that small things like turning off their lights and recycling can add up to make a big difference.

Gentry said that she and Myers stand out as candidates because they have a solid plan to accomplish their campaign promises.

“During this campaign season, not only have we been communicating with these different departments to make sure that the things we want to accomplish are feasible, but themajority of them are either in the works to actually be accomplished or  we are trying to bring back different things that haven’t been here for a while,” Gentry said.

Myers said that their experience in SGA and in other organizations makes them qualified for their prospective positions. Myers said the two of them have been “learning how to act as a bridge between the administration and SGA.”

Myers believes that this is key when it comes to serving as the leaders of SGA because students’ voices need to be heard and the only way that can happen is if they have leaders who are willing to listen.

SGA elections take place March 30 and 31. Students can vote here by clicking “Vote for SGA candidates here”. At the time of publication, the link to vote was not functioning properly.