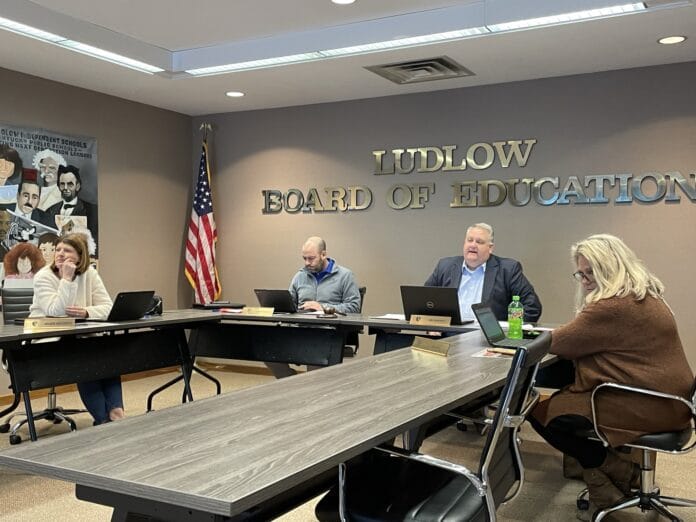 The Ludlow Independent School board voted Thursday night to pay a fee to reserve seven places in the Northern Kentucky University Young Scholars Program for their students.

The Ludlow Independent School board voted Thursday night to pay a fee to reserve seven places in the Northern Kentucky University Young Scholars Program for their students.

The Young Scholars program is a highly selective partnership between the Kenton County School district and Northern Kentucky University. It did start with Kenton County schools, but now it is expanding to other schools. Students who are ready to start their last two years in high school are chosen to take courses on campus at a discounted rate.

“This is similar to the Gateway program, except that the students will spend more time on campus,” said Superintendent Michael Borchers. “It won’t be something that every student will want to do.”

To be a part of the Young Scholars program, each school has to pay a certain amount of money to reserve 7 slots for the students. In this case the board approved $4680 for the seven slots. Ludlow also pays for all tuition, fees and books for their students while they are in this program or any other program, like Gateway.

With a total enrollment of about 790 students for both elementary and high school, there aren’t a lot of students who would be eligible for the program, since it is aimed at juniors and seniors in high school.

A limited amount of students are chosen out of all the schools enrolled to take a full load of college work in their last two years of high school for a 79 percent discount. The students have to qualify by having a 3.0 GPA, and an ACT math score of over 19, as well as a KYOTE college algebra score of over 13, and a KYOTE college readiness score of over 22. There is a focus on STEM, or science, technology, engineering and math, as well as integrative studies, supply chain and computer science. Currently other smaller school districts who have reserved slots for the program are Bellevue, Newport, Bracken and Dayton. These districts, along with Ludlow, make up 12 percent of the regional enrollment.

This would mean the student would probably not participate in extra curricular activities at their high school, but some students aren’t interested in those activities. The students don’t live on campus, but the entire school day is spent on campus.

“The student could be ultra successful in school, but have the ability to do more,” said Borchers. “This will require a unique set of kids, but this is a great opportunity, to put with our Gateway program, our Homebuilders program and our other programs that are geared to give students a lot of opportunities.”

Data shows that programs like this boosts a student’s chance of graduating from college. It takes 4.9 years for a full time college student to complete a Bachelor’s degree, according to the Kentucky Council on Secondary Education. They also contend that 79 percent of students who complete 30 or more credit hours in their first year of full time college end up completing their degree.

Borchers also gave the board an update on the legislation current in Frankfort now, which have bearing on school districts.

He mentioned HB 44, which passed the house, and specifies that mental health or behavioral health issues shall be included as an excused absence in attendance policies. There is also HB 63 which requires a School Resource Officer on all campuses, and HB121 which requires public comment at all school board meetings. HB226 is about an early literacy bill.

In the Senate, the bills that passed are SB1 which is the school council bill, SB 9, similar to HB226, dealing with early literacy programs, and SB59, concerning the accountability system update. Besides that, there is SB83, which is a transgender athletics bill, and SB138, which is the student instruction bill concerning CRT, or critical race theory. SB151 counts breakfast as instructional time.

Bills that have had two readings are HB85 which concerns dual credit scholarships, HB126, dealing with free applications for federal student aid, and HB283 which concerns student teacher background checks.

Bills that are concerning to public school districts are SB50/HB305 which is about Education Opportunity accounts, and HB9 which is the charter bill.

Board members voted to accept a contract with Roberts Insurance for student accident insurance for $9,950, which is similar to last year’s cost.