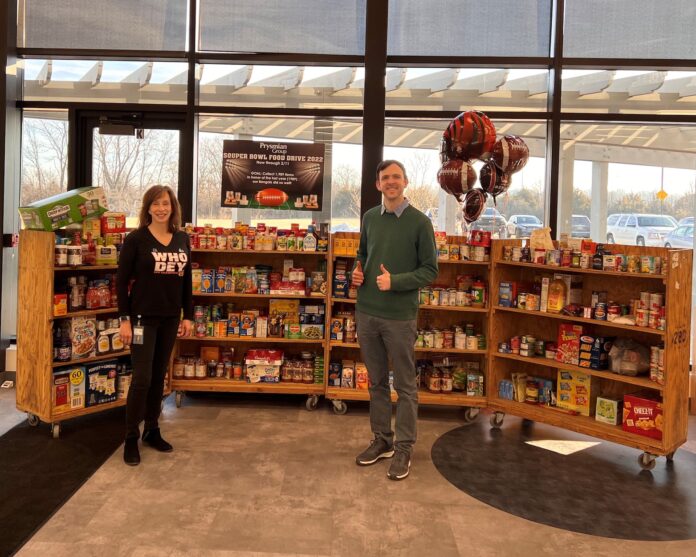 The Souper Bowl was a roaring success! Over 2,000 items were donated to FUEL NKU in the food drive that honored the Cincinnati Bengals run to the Super Bowl.

Prysmian Group’s Souper Bowl Food Drive ran from Jan. 31 to Feb. 11, leading up to the Bengals Super Bowl LVI appearance. The drive had a goal of collecting 1,989 non-perishable items. In total, the drive exceeded the goal by raising 2,005 items.

“We are happy to surpass our goal and collect so many items for FUEL NKU,” Andrea Pirondini, Prysmian CEO, North America, said. “The Super Bowl loss stings, but we still have something to celebrate. Thank you to the Bengals for bringing the city through such an incredible experience… fuel for the bright future of this team.”

FUEL NKU is open to all NKU students and also supports post-traditional learners like parents attending college as well as international students and more. For the Fall 2021 semester, FUEL NKU served more than 1,000 students and distributed over 42,000 pounds of food, drinks and personal products.

“This donation drive means so much to FUEL NKU,” Nick Bliven, FUEL NKU program coordinator, said. “Our food pantry is seeing over 300 student visitors per week, making community partners that much more imperative to our mission. Thank you to everyone at the Prysmian team for rallying behind the cause to support our students.”

Prysmian Group acquired General Cable in 2018 and continues to be involved in northern Kentucky. Prysmian Group re-established its Engagement and Outreach Committee to increase employee engagement and find ways to give back to the community. Planning for the food drive started before the Bengals won the AFC Championship, but organizers had hoped that the team would continue its winning streak.

“I thought it would be fun to tie the two things together with the play on words, super/souper. Even with the loss, the Bengals had a great year, and we filled four carts with food donations for FUEL,” Jan Rouse, Prysmian internal communications manager, said.