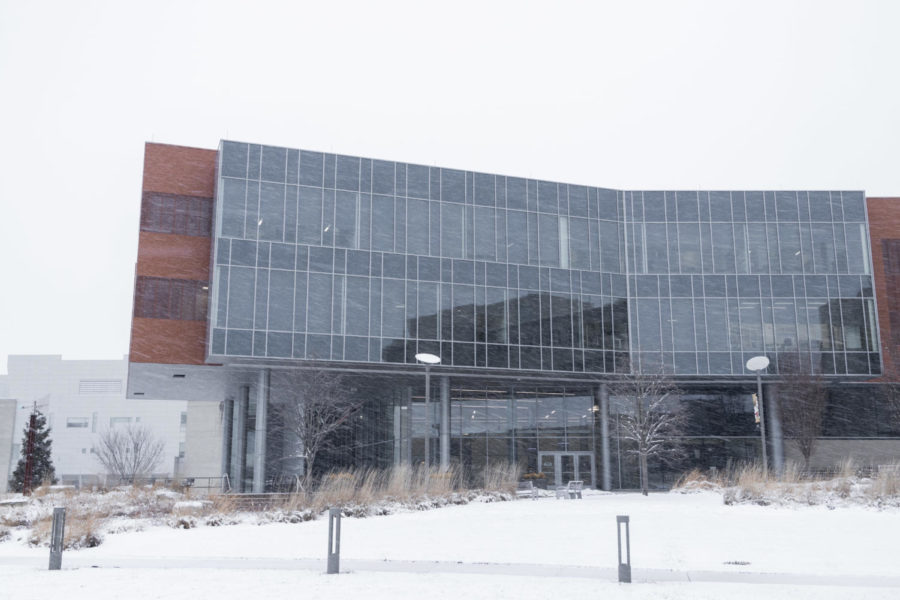 Crews have worked throughout the past several days in response to the winter storm in the NKU area.

With severe winter weather continuing to hit Northern Kentucky University’s campus and surrounding areas on Thursday and into Friday, the university made the decision to close campus both days, cancelling scheduled classes and events in an effort to keep students and staff members safe from the elements.

The Northern Kentucky area saw heavy amounts of sleet and freezing rain throughout the day and into the night on Thursday, before the precipitation changed to snow during the early morning hours Friday.

The facilities management team at NKU is crucial in overseeing and maintaining day-to-day operations around campus. Syed Zaidi is the assistant vice president for facilities management at NKU, and his team of workers and volunteers have been working tirelessly to clear the campus and allow the NKU community to safely travel through.

“There isn’t much basically, in terms of preparation that you can do for an ice storm, because it starts as rain, and you just sit and wait until the temperature starts dropping, and it starts converting to slush,” Zaidi said.

With the student workers and volunteers included, the facilities management staff had what they considered to be enough people to be able to get the job done and continue to clear campus in a timely manner.

“We were prepared for it, and I think that’s why it is okay, but if it had not been closed, it would have been a very serious challenge,” Zaidi said.

The snow and ice crews began to get to work around 2 a.m. on Thursday morning, salting the roads and doing what they could to make sure the precipitation did not become completely frozen on the roads.

“The salt that we applied worked very well,” Zaidi said.

According to Zaidi, in preparation for the winter, NKU secured an advance deal with a local firm to work on snow and ice removal in the Boothe Residential Village, a move that was made in part because of several vacant positions on the staff.

Kentucky Gov. Andy Beshear declared a State of Emergency in the commonwealth on Wednesday, and ordered that all state offices closed on Thursday. As of Friday, Campbell County had issued a Level 2 Snow Emergency. A Level 3 Snow Emergency is the highest that can be issued.

Before making the decision to close the campus on Thursday, Zaidi and other members of the NKU staff were tracking the projected snow and ice accumulation to determine the best course of action. Additionally, NKU was in touch with other regional universities and institutions to see what their plans were, and what information they could share.

From there, Zaidi and the facilities management staff began discussing and engaging with senior management, and eventually made the recommendation to the president and university police to close the campus on Thursday.

The university sent out the announcement that campus would be closed Thursday just before 5 p.m.

For Friday, Zaidi and his staff continued to follow the same procedures, carefully monitoring the weather outside, and once again came to the decision to recommend closing campus on Friday.

Zaidi said that he is not aware of any areas of campus that are in particularly worse shape than others, though he did mention that parking lots on the periphery of campus, including Lot K and Lot M are the lowest priorities right now, a standard practice for facilities management during a storm such as this one.

“We will probably continue the effort until late this evening, and a lot of our effort is also being directed toward the arena, where they are preparing for the basketball game,” Zaidi said.

The men’s basketball team is scheduled to face Oakland at 7 p.m. at BB&T Arena, in a game that could see a fairly large crowd for homecoming.

The first crews arrived on the arena deck around 9 or 10 a.m. on Friday to begin clearing the area around the arena to accommodate the crowd, as well as parking for not only fans but also for production crews and those in charge of preparing the arena for the game.

By Friday afternoon, Zaidi said that the front of the arena had been cleared, and that crews were still working on Lot O, a parking lot directly adjacent to BB&T Arena.

“We should be good,” Zaidi said. “I don’t think they should have a problem.”