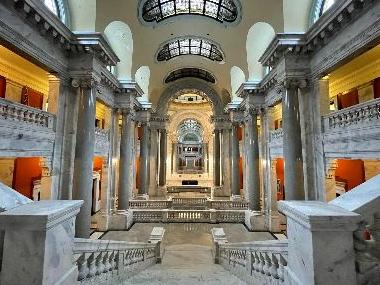 The Capitol Building in Frankfort, KY.

The new legislative and congressional maps in Kentucky became law last week, but only after Governor Andy Beshear vetoed the statehouse and congressional districts. He did not act on the senate maps. The Republican supermajorities in the General Assembly easily overrode the two vetoes.

“The General Assembly’s focus in creating these district maps wasn’t representation or democracy or even legality – their focus was on partisan politics, which is why they unnecessarily sliced up so many counties,” Smith said.

“This redistricting plan appears designed to deprive certain communities of representation,” Beshear said. “In particular, it excessively splits counties, including Fayette, Boone, Hardin, and Campbell, and carves up other counties such as Jefferson and Warren for partisan reasons, contrary to the Kentucky constitution.”

The Kentucky constitution cites rules of “One person, one vote” principles. The ideal population for House districts based on the 2020 Census data is 45,058, so there are roughly 100 House districts, as the state population is approximately 4.5 million. This means that the redistricting maps needed to split a minimum of 23 counties due to the population being too large for one representative, or the additional split must be made to comply with Section 33 of the Kentucky State Constitution.

“However, the 23 counties split by HB 2 are split far more times than is necessary to accommodate ‘one person, one vote’ principles,” the lawsuit stated. “These excessive splits were drawn solely to subdivide counties in ways that favor Republican voters and candidates over Democratic ones.”

Further, the lawsuit states that “the maps also favor rural voters over urban ones, whose communities of interest have been ‘cracked’ to pair pockets of urban voters with more rural districts guaranteed to drown out their votes.”

The Democrats filed an alternative to the House redistricting plan, HB 191 “that avoided the violations of Kentucky’s Constitution described herein. HB 191 split 23 counties 60 times, compared to the 80 splits inflicted by HB 2,” according to the lawsuit.

The lawsuit states that Boone was split five times, instead of the necessary three, while Campbell was split two instead of the necessary one. Occasionally, population centers need to be split to allow population growth in a city. But, HB 191, compared to HB2, “…establishes that some splits created by HB 2 are excessive and not required by population changes. These splits were made primarily to favor Republican voters and candidates over Democratic ones,” according to the lawsuit.

The two districts that have problems in Northern Kentucky are the 69th and 78th District, according to political cartographer and Fort Thomas City Council Candidate Chris Kirkwood.

The 69th, represented by Rep. Adam Koenig (R-Erlanger), takes in most of Florence with parts of Erlanger, Elsmere, and Independence, but it doesn’t need to, Kirkwood said.

“You can have a mostly Florence-centered district entirely within Boone County,” Kirkwood said. He also mentioned that the neighboring 63rd District which now stretches from Kenton and Boone suburbs into Covington, along the river, doesn’t make sense.

“But, then you come down also to the 78th (Rep. Mark Hart, R-Falmouth) that I mentioned, and it takes Pendleton County, and a bunch of southern Campbell, Kenton, and Boone, which I would say is excessive splitting,” Kirkwood said.

This story was originally published on River City News | LINK nky. The link to the original story can be found here.