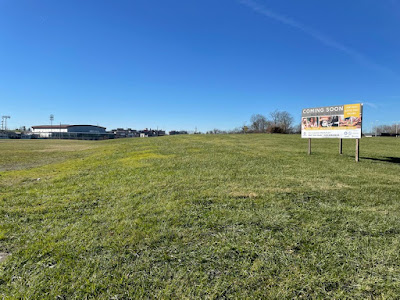 Phase two of the Town Center/NKU Gateway project will be constructed between Nunn Drive and US 27.

Proposed financing changes and other issues has prompted the city of Highland Heights to request a review of plans going forward for phase two of the proposed Town Center/NKU Gateway project along a six-acre stretch between US 27 and Nunn Drive.

The plan for the project

Phase one of the project was the new St. Elizabeth Medical Center. The plan for phase two is to construct a mixed use project with 208 market-priced apartments and 51,715 square feet of space for commercial and retail. It is a joint project with NKU and the city.

Fairmount Properties representatives had been pushing for resolution before the end of this year, and a public meeting had been planned to discuss the matter in November. City officials pushed that meeting back as they decided more discussion was needed on funding and other changes that have been proposed since the initial plans.

At the December 7 council meeting, Highland Heights City Administrator Michael Giffen explained. “We felt the plans were veering too far from what we wanted to see and what we felt like was initially presented to the city.”

He told council, “We obviously didn’t want to rush the council into approving any of the financing with something you all were not comfortable with. So the developer has agreed to hit reset on the project in terms of the timeline and trying to rush this thing through to the end of the year.”

He noted that the developer had agreed to meet and discuss the matter and proposed changes with Giffen and Mayor Greg Meyers in an effort to get everyone back to the same page before moving forward.

If all goes well, the plan is to move forward after the first of the year.

This story was originally published on Fort Thomas Matters | LINK nky. The link to the original story can be found here.