Norse Film Society and the road to a successful Horror Roulette

Learn more about the Norse Film Society at NKU. 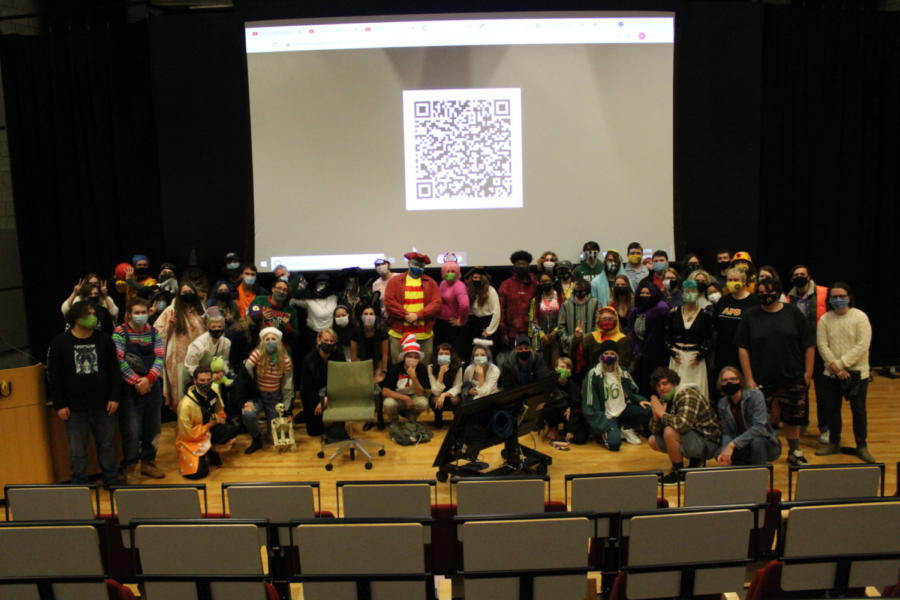 The Norse Film Society, otherwise known as NFS, has been around since 2009 and throughout the years has put on many events for all fellow film fanatics.

The Horror Roulette Festival, which was held on Oct. 29 in Griffin Hall 201, was the most recent Norse Film Society event. This festival presented seven films directed by members of the society and included a costume contest for anyone who dressed up. The turnout for this year was around 60 people.

Leading up to Horror Roulette, members had to submit a 30-second horror film idea to the organization. Then the organization as a whole would decide on which ones would be filmed, and whoever pitched the idea for the film would become the director.

Senior Electronic media and broadcasting major Collin Hudson is the current NFS president and mentioned that this year they had three freshman directors for Horror Roulette. This is unusual considering the organization wouldn’t accept freshman directors in the past, but because of COVID there are currently a lot of freshmen that joined NFS this year.

“This year we were able to hold auditions for the first time in two years because of COVID,” said Hudson. “We had around 20 people of any major come in and audition to be in the student films.”

When COVID hit, the Norse Film Society met solely on Zoom from fall of 2020 to spring 2021 and didn’t have many members participate during this time.

“We had eight people come into the meetings and five of those people were on the e-board,” junior EMB major and current NFS Vice President Sean Scott said. “All the big festivals that NFS puts on, it felt like it didn’t happen and it felt like the Norse Film Society took a break.”

To be in the Norse Film Society one doesn’t have to be in any film major. In fact, currently most of the people that are in NFS aren’t even film majors and range from history majors to psychology majors.

Not only does joining the Norse Film Society provide physical benefits like lifelong friendships and connections but it also gives psychological benefits as well.

According to an article in the Illinois Mathematics and Science Academy official student paper, The Acronym, “Movies are proven to have psychological benefits,” wrote author Liz Alcala.

“Few of the benefits of film watching include: relaxation, motivation, relationships, cultural/social reflection, emotions, and relief.”

Even though the Norse Film Society has just put on the Horror Roulette event, they are already onto the next one. Coming up soon, in early November, Golden Grapes is arguably their biggest event. Golden Grapes is usually a 48-hour film fest but because of daylight savings they moved it up to 49 hours. Participants will have 49 hours to write, shoot and edit their films with a maximum of seven crew members excluding actors.