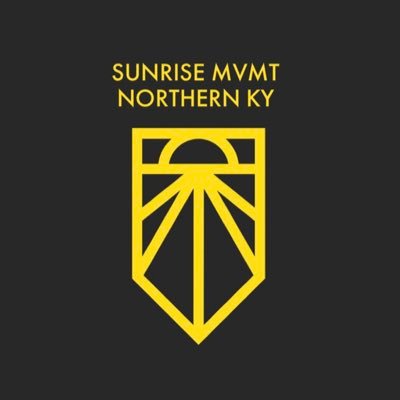 A petition to make NKU more sustainable is in the works to be delivered to NKU President Ashish Vaidya in the near future.

NKU’s Sunrise Movement, an organization that fights for economic and environmental justice in a Green New Deal, has been working on this petition for the past several weeks.

Renton said that NKU has not done enough in the past to become a more sustainable campus.

“It’s not enough when you’re looking at the scale of the climate crisis and what NKU can be doing to lessen its effect on it, because even though it is like a huge worldwide issue, you have to have your individual entities like you know cities and universities and states you know being able to go and do what they need to do to, you know, lessen their impact on it,” Renton said.

Renton said that they understand NKU has faced many budget cuts in the last year, but sustainability still needs to be addressed.

“We need to make it clear to the university that we expect them to be doing more when it comes to this level of crisis, because it is unprecedented … Within 2021, we’ve already seen flooding in Red River Gorge and in Eastern Kentucky, an ice storm in Eastern Kentucky that devastated the infrastructure there, this week Michigan was flooding, especially in Detroit, we saw the Texas freeze and now we’re seeing the heat wave in the Pacific Northwest,” Renton said.

Renton added that climate change is not a political matter.

“We are already seeing the effects of climate change, and a lot of universities are not taking strong enough stances against it, because this isn’t a political matter. You have people who are trying to say ‘Oh, climate change is a hoax’, but it’s not, it’s scientifically proven. An overwhelming majority of academia and scientists say climate change is real, it is man-made and we can do stuff about it,” Renton added.

Renton said that since NKU is an educational institution, it needs to take an academic stance and listen to the science behind climate change.

Renton’s plan for NKU to become more sustainable is to use renewable energy, composting and banning single-use plastic.

Renton added that Governor Andy Beshear stepping in and helping fund renewable energy for Kentucky universities is something NKU should start encouraging.

Composting and banning single-use plastics is among the easier things to get NKU on the road to more sustainable, according to Renton.

“We already have a lot of student organizations and students who love to volunteer; we have 15,000 students, who says that a group of students can’t come together who know how to compost and train Chartwell employees on how to compost for free consumer composting and banning single use plastics? That’s easy, you just have to negotiate it with Chartwell and have a plan in place and be able to buy silverware that can be reused and washed, and that’s not necessarily too expensive when you’re looking at other things that the university pays for,” Renton said.

Sunrise’s petition has over 80 signatures.