NOVA: ‘It Needs to Stop’ 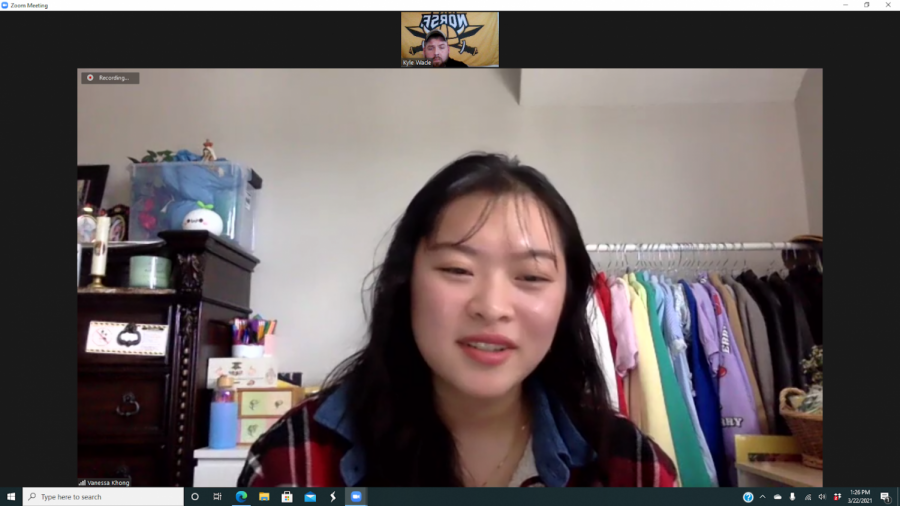 A virus wasn’t the only thing spreading since the onset of COVID-19 as Asian Americans have recently been experiencing an increase in hate crimes. NOVA, an NKU multicultural organization, is working to flatten this curve of hate.

When NOVA president Holly Blansette stumbled across a report of 3,795 hate incidents between March 2020 and February 2021, she decided to act.

“We thought this would be a good opportunity to educate people on this issue because it’s not very elevated in discussions but it’s something that affects some of us pretty close to home,” Blansette said.

For NOVA’s social media coordinator, Vanessa Khong, even actions as simple as a trip to the gas station cause anxiety.

“I went to get gas and was standing there minding my own business like everyone else and I just couldn’t help but to feel nervous and unsafe. I feel like I could be attacked, especially because of the rise in Asian American hate crimes and the parlor shooting in Atlanta,” Khong said.

Khong, who is of Vietnamese descent, said that her family was verbally accosted by a group of people in Cincinnati earlier this year. The group allegedly yelled, “Chinese, go back to where you came from!”

According to NKU History Professor, Rebecca Bailey, “Discrimination tends to coincide with times of great stress and great change in our nation.”

Discrimination hits close to home for Bailey as well. Her uncle, who is of Japanese descent, volunteered for the U.S. Army when he was 20 after the events of Pearl Harbor. According to Bailey, for her uncle, the choices were either to volunteer for the military or sit in an internment camp.

“What’s going on now, what’s been going on, is cyclical, from my perspective as someone who teaches American immigration history,” Bailey said.

Khong and Blansette both agree that former United States President, Donald Trump, made matters worse by using terms such as ‘China Virus’ and ‘Kung Flu.’ According to Google Trends, ‘China Virus’ searches trended upward during Trump’s presidency and have been in decline since he left office.

“When terms like that are used in reference to a virus that has become a pandemic, automatically makes all Asian Americans targets of bigotry,” Khong said. “We need to educate ourselves and raise awareness.”

NOVA’s campaign used tactics such as Instagram Bingo to raise $323 over a one-week span in March.

Stop AAPI Hate was established in response to “xenophobia and bigotry” resulting from the pandemic.

According to their website, “The center tracks and responds to incidents of hate, violence, harassment, discrimination, shunning, and child bullying against Asian Americans and Pacific Islanders in the United States.”

The organization pursues this goal by utilizing a “5-pronged approach”:

Blansette said that NOVA plans to continue to make efforts in the way of raising awareness of Asian American discrimination and the rising hate incidents. She also plans to charter NKU’s first multicultural sorority on campus in hopes to provide “more diversity and awareness to our fraternity and sorority life community.”