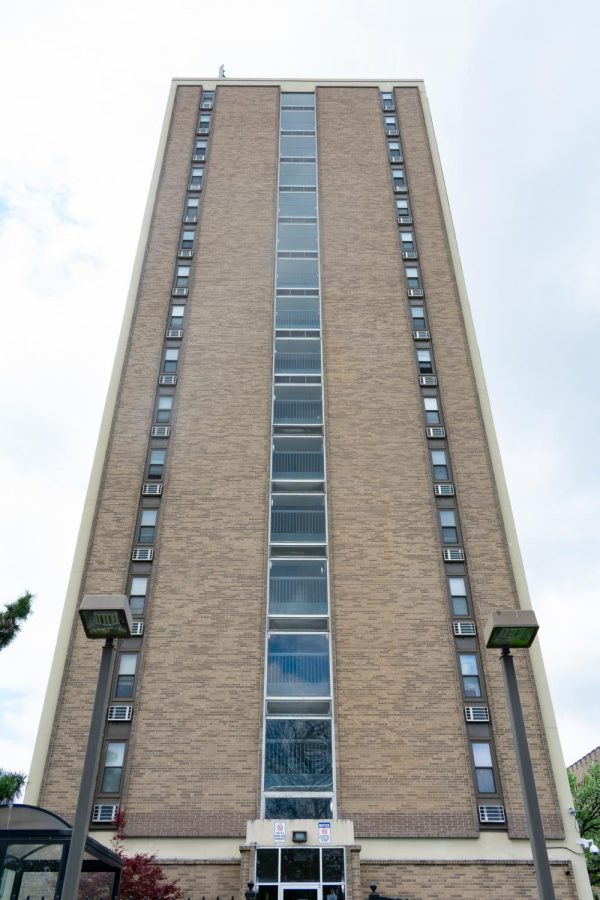 In February, Dr. Suk-hee Kim, associate professor in social work at NKU, received the Council on the Role and Status of Women in Social Work Education Community Impact Award for her 2016 Rising Hope for Aging Project. The national award recognizes feminist leadership models in social work education, according to a press release by NKU.

“Before the formal announcement, I got a congratulations email that reviewers have selected my application,” Dr. Kim said. “It was like a ‘wow’ moment because it was not at the local level, it was not at the state level; it was at the national level.”

Kim began the first gerontology course, which examines the study of the social, cultural, psychological, cognitive and biological aspects of aging, at NKU School of Social Work in 2016. The Rising Hope for Aging Project was an experiential learning program for students in the course in collaboration with the Housing Authority of Covington. The project consisted of fundraising via the Impact NKU online crowdfunding program and on-site services at The Golden Tower, a high-rise housing complex for senior and disabled residents in Covington, Kentucky.

The project was a success with The Golden Tower residents, according to Jon Adkins, director of resident services at the Housing Authority of Covington. In addition to this one, he has worked with Kim on multiple community projects.

According to Kim, the project enabled students to gain hands-on experience in social work and develop organizational skills as group leaders. It also helped connect younger and older generations through their interaction and the stories they shared.

“It was a beautiful time to see the younger college students and the older adults get together and learn from each other, support each other, respect each other,” Kim said.

Kim added that there was more supportive communication among The Golden Tower residents and that her students got to understand their older family members more as a result of the project.

“I think that everything we needed to do, everything that [Dr. Kim] thought of, everything that we put into the project has worked out perfectly,” said Joseph Martin, a social work alumnus from NKU who took part in the Rising Hope for Aging Project.

Martin said that he admired Kim on professional and personal levels and that she encouraged him to participate in other community services to help the aging population.

“She just has a unique passion and style of teaching. Dr. Kim’s approach is, she learns from the students, the students learn from her, and we all learn together,” Martin said. “I just thought that was a really great philosophy to have.”

Kim said that she is honored to receive the national award and that there is more to come. She is currently working on other initiatives geared toward older adults, which include virtual non-pharmacological intervention programs that use music and social engagement. She said that the uncertain health conditions of senior residents can be a challenge to these programs.

According to Adkins, there have been a few projects that provide different services in specific capacities in Covington and the Northern Kentucky region.

“Not one person can do everything,” Adkins said. “We have a lot of different community partners that try to help out, whether with food insecurity or mental health, whether with medical services or healthcare.”

Adkins and Martin hoped that national honors being awarded to an NKU professor would inspire other social work educators and students to develop their own community initiatives.

“Ultimately, we have a responsibility to serve our people, especially the unmet needs of the people around us. I know our students do it better than I do,” Kim said. “Without NKU students, this Rising Hope for Aging Project wouldn’t have been possible. Without my students, I would not be who I am today. I want to let NKU students know that, as a professor on campus, I am very grateful.”