What you missed at SGA: president’s campus updates, resolution on vaccinations for out-of-state faculty and students 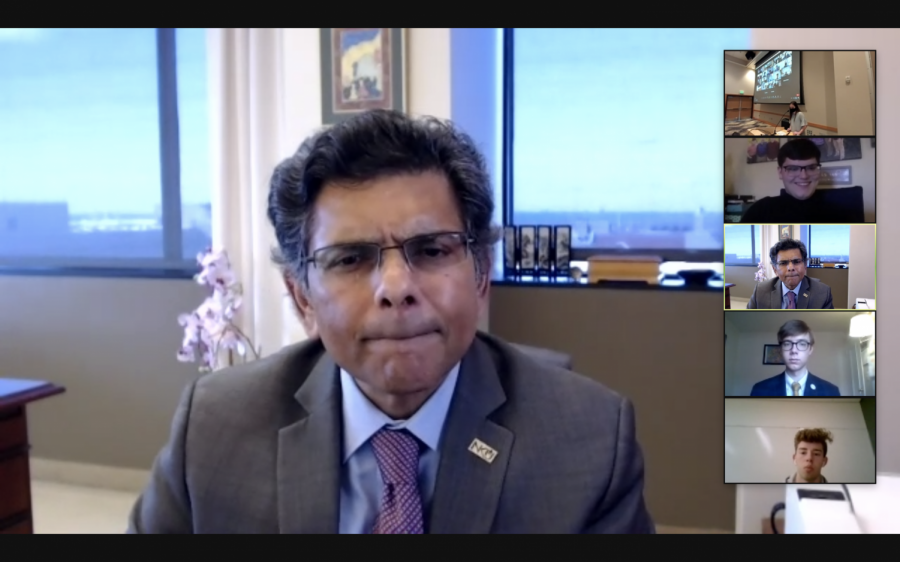 At today’s SGA meeting, President Ashish Vaidya delivered important campus updates, the executive board gave updates on their work this month and a resolution regarding vaccinations for out-of-state students and faculty was passed.

As previously reported, the Northern Kentucky area expects to initially experience delays in those a part of Phase 1C receiving the COVID-19 vaccine. Once the vaccination doses increase in the area, NKU has held discussions with St. Elizabeth hospital to potentially instate the university as a vaccination site, Vaidya announced.

According to Vaidya, it should be easier to schedule and receive the vaccine by April and May for those who qualify. Vaidya said current estimates project that the Northern Kentucky area, as well as the rest of the country, should have “herd immunity”—which means 70% of the population is vaccinated against COVID-19—by June of this year.

With these projections and current case numbers in mind, administrators are still discussing what spring commencement may look like. A formal announcement should be forthcoming in the next few weeks or, at the latest, at the end of March.

Last year, NKU received $4 million in student aid, and that funding has just completed its distribution last week. Right now, NKU has been approved to offer $4 million for this year with additional flexibility on assigning funding to a variety of student resources.

“I know our students are struggling in many ways, and financial aid would be very, very helpful. We’re going to be keeping an eye out and hopefully within the next few weeks and maybe a couple of months at the most, we should be able to make an announcement about the distribution of those resources,” Vaidya said.

Vaidya concluded his announcements by updating the student body on administrators’ efforts toward improving mental health across the campus community members. Next week’s Board of Regents meeting, which is open to the public, will feature a presentation by NKU’s Mental Health Advisory Group, which SGA Vice President Mia Derks is a member of. This presentation will include results from the survey that students, faculty and staff have taken. Additionally, there will be a campus conversation event about mental health on Friday, March 19 from 1:00 to 2:30 p.m.

When Vaidya opened the floor for questions, Senator Jimmy Renton asked what the fall semester might look like for out-of-state students, whose states might not have herd immunity by then due to their separate vaccination plans, and whether online learning will still be an option

Vaidya said the administration is still planning what the fall semester will look like, but he projects that similar vaccination efforts by other states will culminate in a similar herd immunity effect. Vaidya hopes that students in nearby states as well as international students, who should be able to receive the vaccine in the area, will receive the vaccination as soon as it becomes available to them in preparation for next semester.

Senator Aliya Cannon also asked several questions, including one about additional mental health resources for students. She said if students are struggling but don’t feel comfortable in an official counseling setting, what other options could be provided to them. She also asked whether counseling services, which are suspended for this semester, could remain free for the fall semester or if the university could help students financially afford these services in the future.

Vaidya said many of these concerns will be brought up and addressed by the Mental Health Advisory Group’s presentation at the Board of Regents meeting. Vaidya said some informal suggestions have been to implement better online resources for students who struggle with mental health as well as providing a peer support system. Further formal recommendations will be established at that Board of Regents meeting.

“My hope is that we come up with a strong set of recommendations that we can then initiate and put into place,” Vaidya said.

Senator Cannon also asked whether more student-led forums will be held to give feedback to the administration, and Vaidya and Dr. Eddie Howard, vice president of student affairs, confirmed that more student-driven conversations will be publicly held.

Howard said he and other administrators have had multiple meetings with students on how to better address their concerns in a timely manner, and one resource that is currently crucial is proving a space for those conversations to happen.

Near the end of the meeting, President Lauren Goodwin read a resolution that would grant timely access to the COVID-19 vaccination for all campus community members, regardless of state of residence. SGA is joined in drafting and approving this resolution by staff congress and faculty senate.

“Geographically, NKU is situated at the convergence of Kentucky, Ohio and Indiana … As a result, a significant percentage of faculty, staff, and students are residents of Ohio and Indiana,” the resolution reads.

The resolution projects that 27% of students (this percentage excludes those enrolled in online programs) and 34.2% of faculty and staff live outside of Kentucky and are subsequently excluded from Governor Andy Beshear’s vaccination plan. Ohio and Indiana have not prioritized those in higher education within their vaccination plans, which reportedly place many NKU campus community members at risk.

“The current exclusion affects 888 faculty and staff who are critical to NKU’s operations. While the proportion is significant to NKU and the ability to meet its mission, this number represents only 0.15% of the 611,550 total vaccinations of Kentucky as of February 24, 2021,” according to the resolution.

The resolution plans to formally ask Kentucky lawmakers to consider an exception of the residency requirement of Kentucky’s vaccination plan for the NKU community. The exception would be similar to the current residency exemption for out-of-state healthcare workers.

“We urge Governor Beshear to reconsider the current policy limiting COVID vaccination to Kentucky residents only,” the resolution concludes.

The resolution was subsequently approved by all members of SGA.

During the meeting, members of the executive board—Secretary of Public Relations Emily Miller; Secretary of Student Involvement Allan Millward; Secretary of Administration Stephen Cordle; Vice President Mia Derks; President Lauren Goodwin; Chairman Ronald Delgado; Chairman Hanson Nguyen; Chairwoman Hannah Miller; Chief of Staff Jacob Wilson; and Chief Justice TJ Cleary—all presented an update of what work they and/or their committee has accomplished throughout February. SGA plans to have these presentations once per month to keep all SGA members and the student body informed on their work and conduct.

SGA elections are coming up soon as well. Official campaigning will begin this Wednesday.