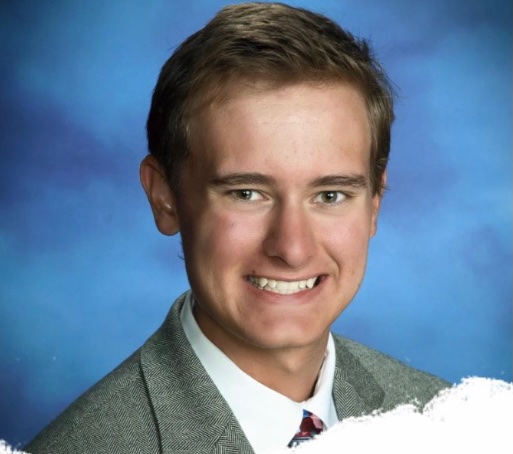 JA: “Well, the points that really harmonized for me, were, you actually look at the Constitution, okay? When you actually look at the Constitution, the very first part says the purpose of the SGA is to represent the students, represent the student body. Right? And so, then you go down to the impeachment part, and you said, you see that anyone can be impeached for not following their duties as a member of the SGA. Right? So not even specific to the President, but specific to the whole SGA. You know, one of the duties is to represent the student body. So, if a certain subset of the student body, you know, believes that they’re not represented, then you’re not following your duty; that’s an impeachable offense. impeachment would be warranted. That’s why I voted the way I did.”

TN: Why do you think impeachment was brought up?

JA: “I mean, people weren’t happy with the way that things were being run. I think there were certain alleged comments made that downplayed the events on campus and word got out about those. And maybe that was ultimately what sparked it, along with probably a general indifference towards other policies, too.”

TN: Going forward, what is your plan as a Senator?

JA: “Certainly what I’m going to keep doing as I’ve done before, is, you see I’m on the University Improvement Committee. So, we deal with physical improvements to the university. Right? And so whenever I’m on campus, you know, I’m always walking around to see, like, what could be improved, you know, or something that doesn’t look good, that should look good, or something that doesn’t serve the student body properly, that should be serving the student body. So going forward, I think I’m going to carry out my position, much in the same way as I did, you know, before where I’m walking around campus, but I’m walking around there, you know, with the purpose, just taking note of like, ‘Oh, this could definitely be fixed, or this could be better.’

TN: How do you feel that this was a heavily attended SGA meeting by the student body?

TN: How do you feel about the multiple students who “testified” that they felt unsafe on campus and how are you representing those students?

JA: “Well, I think it’s a bad thing that they don’t feel safe on campus. How am I representing these students? Well, I think it’s always important to represent them. So in terms of how I’m doing it, I’m always open to people to reach out to me with their questions, comments, concerns about anything. I’m open to working with pretty much anybody because we’re all at NKU. And we all want to encourage you to be as safe as possible for everyone, so I’m totally open for using my position as a senator to ensure that NKU is a safe and welcoming place for everyone.”

TN: What factors played into your decision of impeachment?

JA: “Well, the factor really, I guess the factors are twofold. The first factor, logically, when you look at the Constitution, as I explained in our first question, the first part of the Constitution says that you must, as a member of SGA, represent all parts of the student body, the entire student body. That’s a big undertaking. And as the President, that should be taken even more seriously than the Senate. Everyone should be representing the student body, but as the President, your duty is especially high to represent the student body. So that duty, obviously, was not being followed, as some of the members of the student body felt that President Goodwin wasn’t representing them. So, logically, it’s an impeachable offense because she was not following her duty. It’s just a logic problem, right? And then, ethically, you know, emotionally, there were like, some alleged comments and actions that made me go, ‘Oh, this is a problem.’ Right? And you look in the Constitution, and there’s not anything that explicitly says anything about alleged comments being an impeachable offense, you know what I mean? So for me, it was more of a gut thing. It was like even though this part isn’t explicitly defined in the Constitution, I personally just feel that these alleged comments weren’t correct or good. And I feel like they do not represent the student body or the way the SGA carries out their attitudes and beliefs. So, for that part, it was more of a gut feeling. So there was a logic part to it and an ethical/emotional part to it.”

TN: What are your thoughts on the hate accounts popping up on Twitter?

JA: “I think it’s so cowardly and it’s just like trying to start stuff when you really don’t need to try to start stuff in the first place. t’s incredibly hateful. It has no place within the community.”

TN: Do you denounce this harassment and bullying?

TN: What are your thoughts on how the impeachment was conducted/handled? Do you think it was a properly held trial?

JA: “I think it was good that the students showed up and had their voices heard. I think that was very good in demonstrating that President Goodwin did not and was not respecting her duty as SGA President to represent the student body. I was all for that. I guess we’ll go into terms of the actual articles, I think bringing about the actual impeachment probably could have been handled a little better. I would agree that going through the Justice Department definitely presents some personal bias. I agree that that was not the best channel for them to go through. But I believe it would have helped their case if they had gone through at least the Dean of Students, because it would have demonstrated to the Senate body that they were trying to constitutionally go through the proper channels. So in terms of the actual articles, I think it could have been handled a little better. And I think ultimately, perhaps that could have contributed to the way that things when, you know, the way that the impeachment ultimately was not voted for. Yeah. But overall, again, I think all the personal testimonies and everything were great.”

TN: What is your experience with learning about the impeachment process? Were you properly taught the correct procedures for when something like this happens?

JA: “We had gone over impeachment before because we have a general body retreat after each new wave of senators is elected, so we’ll have one at the beginning of each semester and we’ll go over the Constitution. But the way that impeachment is typically used is because generally the reason that people are impeached is because they don’t show up to meetings or they don’t complete their SGA required events for the semester. And so in this scenario, it’s rare. And I think that’s why we went over it, but we didn’t really go over it. Like in this context, you know what I mean? That’s my experience with it. And certainly going back, like, when the articles were brought up, I certainly went back in the Constitution. I said, ‘Okay, let me read over these, like, in more detail. And then let me cross-reference these with the duties of the President and the duties of like the SGA as a whole.’

TN: Do you think it’s a conflict of interest that President Goodwin is dating Chief Justice Cleary?