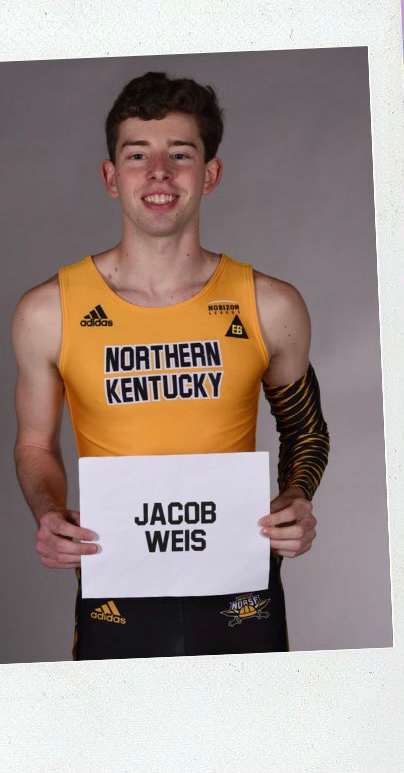 The Northerner: Why did you vote against impeachment at Monday’s SGA meeting?

Jacob Weis: “I was actually one of the people who was part of the Student Advocacy and Rights committee and one of the about seven people during the meeting that Friday, late that night, that decided that it would be ethical to impeach her and I heard them out. On the two violations that they grounded her on, I decided that I would remain neutral, so I was the only one who did not give my voice to impeach her. Later that night, I did email Ronald Delgado and I said that I would give my support for impeachment after the hearing. Monday came, and I heard what Lauren and her constituents had to say about the impeachment, and I did not find enough there to impeach her.”

TN: What specifically did she say that made you sway that direction [against impeachment]?

JW: “It was two weeks ago so it’s a bit blurry, but I remember the vacancy issue being a huge issue. That was the main point we brought up in impeachment on Friday night and they did not account for other amendments that allow the president to operate at her own discretion. She had the ability to veto in that area. Yeah, so there just wasn’t enough there to say that that was unconstitutional because it overlapped and contradicted.”

TN: You’ve mentioned overlap and contradictions. Were there certain ways that the people who voted or advocated for impeachment could have been more clear?

JW: “I believe that they should have read the constitution and acknowledged the president’s powers more carefully. At first, when we were drawing up for impeachment, we had a meeting initially to discuss why we should impeach President Goodwin and I was the only one who’s neutral. They told me what she did, but they did not tell me what power she had to counter that, which is exactly what President Goodwin did when she presented during the meeting. I found their points to be contradicted and not strong enough.”

TN: What other factors played into your decision?

JW: “From what I can tell, the big issue is relating the impeachment trial to the diversity issue on campus, which we agree—Every senator who voted nay agrees that [diversity] is an issue on campus. Myself, Senator [Jackson] Coates…We all went on Twitter and tackled anything on Twitter that was against diversity on NKU’s campus, and we made sure to address that we are still for fixing the diversity issue on campus. But we did not find that it was constitutional to impeach President Goodwin because of just not a strong enough argument. And we felt that a lot of the yay votes were based on diversity, but that was not what the trial was on.

The trial was on two constitutional provisions being broken and violated. From our point of view, respectfully, we saw that there were two many contradictions, but it was not a strong enough argument—hence why I voted nay. But if we were to bring up the diversity issue in a separate trial, then we may vote a different way. If the impeachment trial was related to diversity on campus, then it might have gone a different way, but it was not.

I want to address that because I feel like that’s the big issue and backlash on campus is relating the diversity issue, especially within SGA and on campus, to the impeachment trial and how the president has operated under the conditions but it’s unrelated at the moment. Especially with a voice on campus, we love to go back on that issue and address it with the president and the senate.”

TN: Of all the alternative ways, why do you think impeachment was brought up specifically to address these issues?

JW: “[The impeachment trial] was just brought up because someone within SGA brought up that we essentially denied, I want to say, two or three senators’ entry into SGA. But it was for actual reasoning, like there’d be other candidates being late or having bad grades, as reported during SGA. And it was discussed on the following Friday night between that Monday and the Monday of impeachment. There were just some people that did not like how that went or they just had questions about that. But they didn’t have the authority to exactly go into every single detail that was brought up. They looked it over and they decided that it was something that it should be talked about.”

TN: Do you think that impeachment is the way to go about fixing these issues?

But as far as diversity goes, if I was presented with evidence of President Goodwin feeding the diversity issue, then that should be a full-out discussion during SGA. If she has presented any form of racism or violence or hate, then I believe that should lead to impeachment trial if it’s unconstitutional. But I feel it would also be more productive to discuss this as well.”

JW: “I know that NKU is an extremely engaging community and university, and I’m proud of that. I believe that meeting during the impeachment trial was extremely productive. It’s gotten us to put this diversity issue on top of our priority list, so we’re working on that. We are not working on anything else besides doing whatever we can as a student body government to address and attack these diversity issues.

And I agree that justifications [heard] during the meeting definitely enlightened us on who was being unrepresented specifically. It brought specific incidents to light and it definitely put us on the right track, as a student body government, as we all got to hear the specifications.

I do believe, however, that the impeachment trial was against two constitutional violations and we managed to link underrepresentation that is NKU’s fault to the impeachment trial, which is wrong. I believe that we should be using this in a productive way. It wasn’t related to the trial. I am proud of a lot of people getting up at the meeting and presenting their experiences.”

TN: Since you are a senator yourself, how do you feel that SGA can better represent those students that spoke out about primarily feeling unsafe on campus or not feeling as best represented?

JW: “Every single senator in that room agrees that diversity is an issue, and I can say faithfully that the Student Rights and Advocacy committee, as well as the rest of SGA, has been working in the past tirelessly to improve diversity issues on campus in multiple ways, but it’s also a conversation with administration, the president of the university, and the university itself, so it’s process and we’re trying as hard as we can, but we’re just trying to get cooperation out of the rest of university. “

TN: What are your thoughts on how the actual impeachment was conducted itself or handled? Did you think that it was like a properly held trial?

JW: “I would say that the impeachment trial was on two constitution revisions that President Goodwin may or may not have violated, and those testimonies belong in a separate meeting to where we could productively work on them. They were not about the two constitutional provisions that [President] Goodwin broke specifically. This was an outcry from the student body and they just needed to be heard. They needed an opportunity, and that was their opportunity. And they have now been heard.”

TN: As part of your SGA training, did you guys ever learn about how the impeachment process was going to go? Or was that something that you were kind of learning as it was happening?

JW: “Mix of both. I received information from Chairman Delgado and I also learned as it went, but I was very familiar with the process on its own.”

TN: This was kind of talked about a little bit on social media and we also wrote a short story about it on the Northerner, but do you personally think it was a conflict of interest that President Goodwin is dating Chief Justice Cleary?

JW: “I personally believe that Chief Justice Cleary would have operated his position properly. I do not think that that would have conflicted with what was happening.”

TN: What are your thoughts on all of the hate accounts or hate comments popping up on Twitter that are vocalizing concerns in a non-constructive way? Do you personally denounce all harassment and bullying?

JW: “I believe these accounts are in the form of cowardice and I think that they would be right to use their actual accounts to speak to SGA and what they believe that we need to work on. SGA is here to be productive and we are trying as hard as we can, with the university administration, but we need students to get behind us and work with us and tell us what we should do to better help them. There’s a lot of confusion between the impeachment trial and diversity on campus. That energy needs to be redirected to better help the university.

I denounce all forms of racism and hate publicly. I have multiple times, including after that meeting. I believe that some of the accounts are displaying hate that definitely should be denounced.”

TN: Going forward from this, what are your plans as a senator?

JW: “As a member of the Student Rights and Advocacy and the only one who voted nay in that committee, I believe it is my moral obligation and ethical obligation to essentially do everything I can and direct my committee to show them that this is the way we should go, tell them why I voted nay, and make sure that SGA and my committee are working as hard as possible to tackle the issues on campus such as diversity and racism.

Every senator who I’ve connected with, who voted nay, agrees that diversity is an issue on campus. And we are gladly going to tackle it within these next couple months, especially with all the student engagement that we can get. We need everyone behind us. And we need every bit of cooperation from the university administration.”