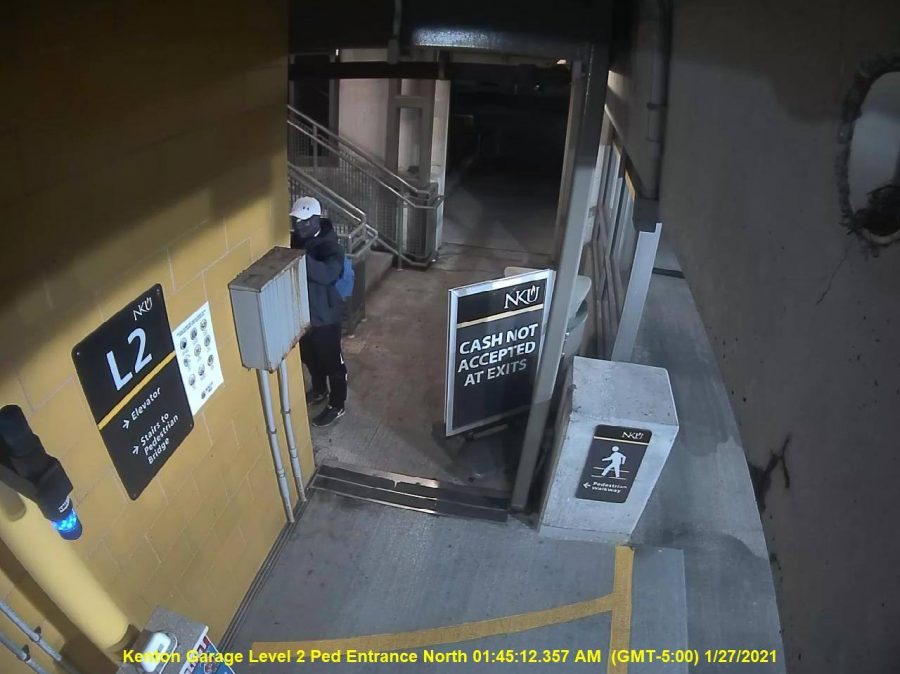 NKU Police are requesting any information about the graffiti by a white extremist group found on campus Wednesday. Officials have released a photo of an individual from surveillance footage and urged students who have any information related to the crime to fill out a tip form.

On Wednesday, promotional materials of the Patriot Front were spread around NKU’s campus via graffiti and stickers. The stickers included anti-vaccine and “America first” rhetoric. The logo of the organization was also spray painted on the rock in Boothe Residential Village.

The Patriot Front is recognized as a white nationalist hate group whose origin stems from the aftermath of the “Unite the Right” rally in Charlottesville, Virginia in 2017, as described by the Southern Poverty Law Center. According to SPLC, the hate group, while based in Texas, focuses on “theatrical rhetoric and activism” and emphasizes propaganda to be spread through its individual chapters.

In a Facebook post, NKU Police shared a photo of a person caught canvassing the Kenton Drive parking garage in the early hours of Wednesday morning.

Police said if anyone knows anything about this person or “observed anything unusual” between midnight and 2 a.m. on Wednesday, they are encouraged to contact police via an online tip form.

Personal information of the person reporting the tip is optional and can be left blank.

NKU Police also thanked those who have come forward with helpful information related to the investigation. To report information, campus community members can leave a tip for law enforcement here.