SGA president Lauren Goodwin reflects on her time in the organization 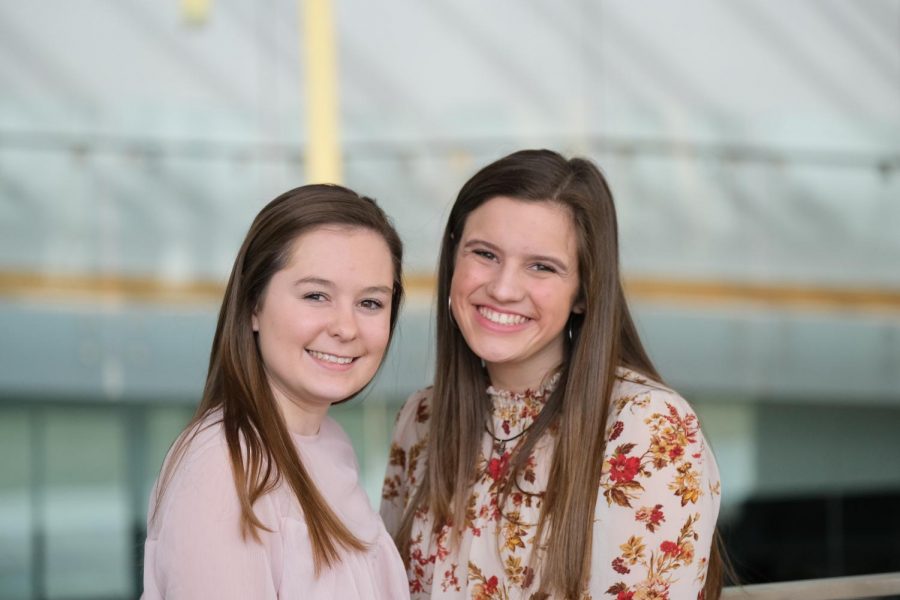 It took a concussion for Lauren Goodwin to realize she wanted to get involved in student government at Northern Kentucky University.

Goodwin, a senior criminal justice major, joined the Student Government Association (SGA) two years ago after she got a concussion while playing club soccer. Her advisor sent her the link to the SGA application and encouraged her to get involved in an organization that wouldn’t injure her.

Although she was terrified at the thought of joining, she pushed through her fears and applied. She was appointed as a Justice and served on the Judicial Council. Little did she know then that her experience on the council would help her in a future role as SGA President.

“Some of my committee chairs are like, ‘It’s really cool to come talk to you because you have a different perspective than we do when we write these things,’” Goodwin said.

Two years later, Goodwin serves as the President of SGA. Her position consists of various duties—such as running weekly meetings, ensuring resolutions are passed, serving as the student representative on the Board of Regents and the COVID-19 Preparedness Team, and more.

Every week, Goodwin maintains office hours, communicates with her E-board and committee chairs, and meets with the COVID-19 team at least three times.

“My job is to be the advocate for the student’s voice and let the Provost and anyone else on the call know what the students want and need and to clarify anything on the students’ end so that I can go back and be like, ‘Hey, this is what this particular communication meant,’” Goodwin said.

Goodwin’s favorite thing about SGA is the “small wins” where she can make an impact on the students without them directly knowing it was her. She said there have been numerous times where she’s effectively showed the NKU Administration the students’ perspective and needs during meetings.

“That’s really my biggest thing is when I have those small wins in those private, smaller meetings—where it’s making people see that this is what students need when they didn’t necessarily think about that,” Goodwin said.

During one of the earlier COVID-19 meetings, she conveyed to the administration that some students may not be receiving the campus communications via email because they don’t have access to the internet or computers. She also encouraged NKU to keep Steely Library open later through finals week so students who don’t have internet or technology access at home can work, as well as take tests in a distraction-free zone.

During her time as SGA President for the 2020-21 school year, she and Vice President Mia Derks want to increase diversity in their organization. Goodwin said it’s a bridge that’s been broken for many years now, and she wants to help fix the problem to the best of her ability. In addition, her administration also wants to focus on making commuter students feel equally welcomed and loved as residential students.

Because of the pandemic, her goals have shifted for her time in SGA. Her main goals this semester have been making sure the administration understands what students need. She said this has been difficult since every student’s needs and wants are diverse.

“We’ve got an entire group of students who themselves or their family members are immunocompromised. And then we’ve got the students who have learning disabilities and they need to be in a classroom,” Goodwin said. “It’s kind of balancing and making the administration realize that we need to do what’s best and safest for everyone.”

When the semester first started, SGA meetings were hybrid, meaning students could opt to meet in person or virtually. Goodwin said she experienced many learning curves with these meetings because she didn’t realize that the students on the virtual call were unable to listen and participate in smaller side conversations that the students in person were having.

“One of our board members had to go online for a couple weeks and that was when it was brought to our attention because none of us had been online before,” Goodwin said. “We didn’t realize that disconnect existed.”

After NKU transitioned to all virtual classes and meetings again, SGA meetings were held fully online. Goodwin said this has helped bridge the gap and increase communication between members.

Goodwin said she’s also reached out to more members this semester because of the pandemic. As the leader, Goodwin said it’s her job to reach out to her members, not the other way around.

“That can be intimidating,” Goodwin said. “I was always scared to go to the President, so definitely just wanting to make myself available to them and let them know, ‘Hey, please talk to me if you need it.’”

After graduation, Goodwin plans on going to law school—either at the University of Kentucky or NKU’s Chase College of Law. She wants to take a step back from student involvement and leadership and just enjoy her time as a student during graduate school.

Even though her future may not involve SGA, Goodwin said she’s grateful for the friends she’s met during her time in the organization.

“I can literally text the Dean of Students and know that I’m going to get a response as soon as he’s available,” Goodwin said. “I’ve met just so many of my best friends who have become a support system. I say best friends, but I mean a lifetime support system who I know is going to be like, ‘Lauren, what are you doing?’ They’ll keep me in check, but also make sure that I’m still having fun while doing all of these things.”