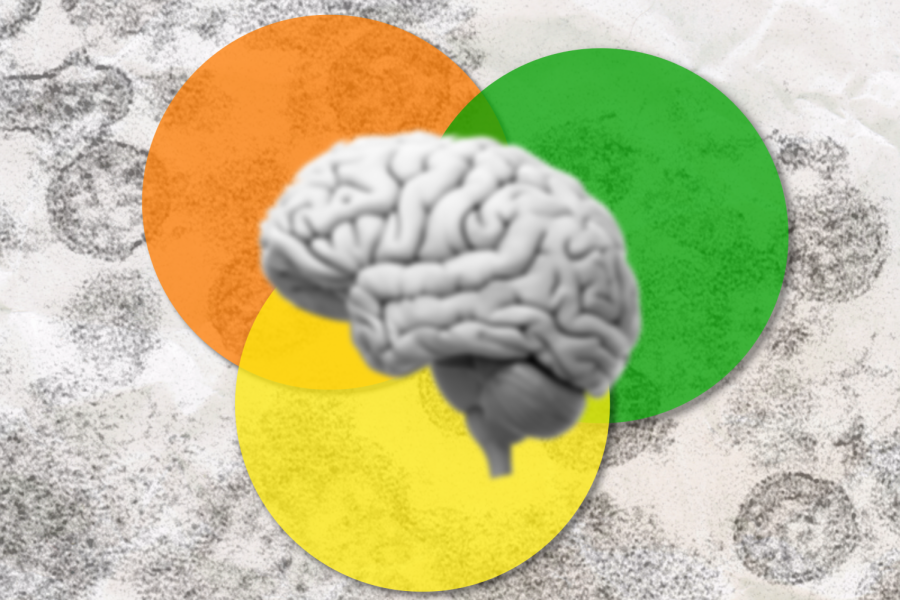 NKU has seen an increase in students struggling with mental health issues, including substance abuse, since this semester began, according to NKU’s Health, Counseling and Student Wellness.

The international spread of the COVID-19 virus has unfortunately brought harm to many physically, but what’s often overlooked are the mental health issues brought about by the pandemic, which can be just as deadly. Instances of mental health issues such as anxiety and depression have skyrocketed in the past year.

According to a study by Mental Health America, anxiety screens have increased by 93% from 2019 to 2020, while depression screens have increased by 62%. Of all these people who were screened for moderate depression or anxiety, 70% said that loneliness and isolation were among the main concerns that led to their mental health issues. Furthermore, college students (aged 18-24) are amongst the age groups that struggle the most with these issues.

According to a story by Inside Higher Education, 58% of students that were surveyed in September say that they are moderately, very, or extremely worried about their mental health.

Siobhan Ryan-Perry, a clinician at NKU’s Health, Counseling and Student Wellness (HCSW) office who specializes in alcohol and other drugs, said that the university has seen a dramatic increase in students struggling with mental health issues, including substance abuse, since this school year started. She also warns that rates of suicide ideation have gone up in youth within the Greater Cincinnati area.

Ryan-Perry blames a lot of this on the social isolation and distancing that comes with the pandemic.

“We’ve seen across the country that there has been an increase in mental health concerns. As humans we are social beings. Students aren’t able to do things like go to class, see their friends or learn from one another. There’s also the chance that home isn’t a safe place for some students,” Ryan-Perry said.

According to Ryan-Perry, while instances of mental health concerns among students have increased on campus, the team at HCSW has been taking drastic measures to combat this growth and to help students receive the treatment they need.

Ryan-Perry said that full time therapists and student interns have been added and that each therapist and clinician have full caseloads. She encourages students who are dealing with conditions such as anxiety or depression to talk to somebody.

“If you want to talk to somebody, please reach out. Check out our website, it is full of information and resources. We also have an after-hours crisis hotline [evenings and weekends],” Ryan-Perry said.

He said that since NKU went back to operating completely online in early November, these incidents have declined, but prior to that, they occurred at a higher amount than usual since the semester began in August.

He encourages students to connect to people as best as they can while still following social distancing guidelines and to spend time pursuing hobbies that are healthy both physically and mentally.

“There’s fatigue that comes with social distancing and days that you really just need a break,” Gaffin said. “It’s a normal thing that could potentially lead to substance abuse if you aren’t careful to spend your time doing other healthier things.”

Gaffin also wants students to know that despite campus shutting down, the NKU community will always be there to help them in one fashion or another.

“What students have to keep in mind, all of the resources that have existed on campus before COVID, they can still use. They are all still there, even if they don’t appear so or are in a different format. Still reach out, those services and staff members are there. The staff at NKU really wants to help you,” Gaffin said.

Henry Paradies, a criminal justice major, said that not being in a classroom or surrounded by friends can be especially hard and that he has felt lonelier at times during the semester.

According to Paradies, the best thing students can do to help each other get through these types of challenges is to make sure that they are making an effort to talk to their friends, since they are probably not seeing them as much as they would under normal circumstances.

For him personally, Paradies said that he is spending more time than usual pursuing hobbies such as reading. He has been talking to his friends as much as he can safely do.

“Talk to people as reasonably as you can. It’s what helped me and what helped a lot of my friends. Our fraternity Zooms every week. It’s good to have a good close friend group that you know is being careful and safe,” said Paradies.

Ryan-Perry urges students that the most important thing they can do for their mental health is to talk to someone—whether that’s a friend or family member or a professional counselor.

“A lot of the time, students may feel like they’re going to be judged or that nobody will understand. They could also feel as though they are the only ones going through what they are going through. But that’s far from the case. So many people are struggling. We want to help you and there is no judgment,” said Ryan-Perry.

She wants students to know that there are in person, video and phone sessions available for counseling. She said that financial stress should not be a concern if you are seeking treatment for your mental health.

“If you cannot pay, we’ll help you figure out a way to make it work,” said Ryan-Perry.