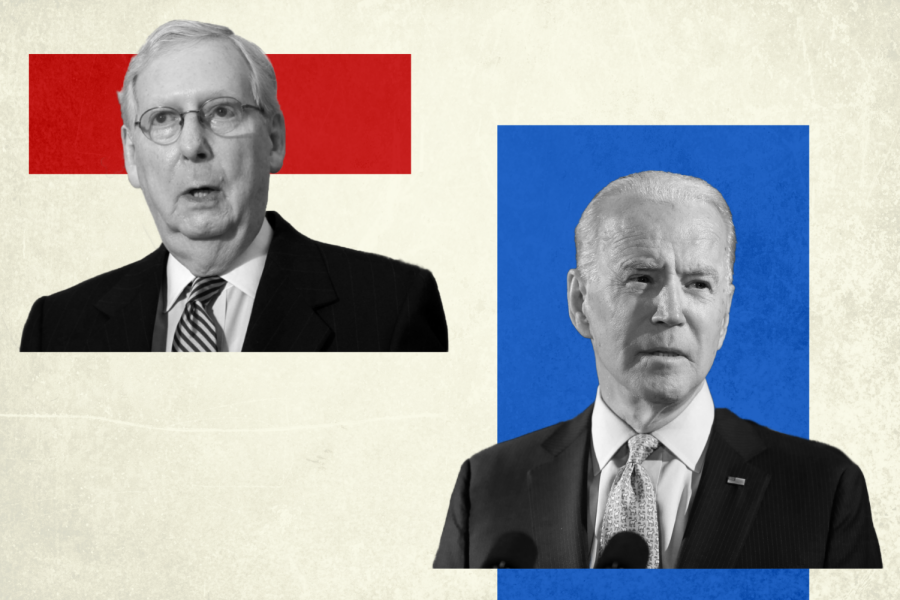 It is no secret that President-elect Joe Biden and Kentucky Senator Mitch McConnell have opposing arguments to student loan debt forgiveness. The main question on many students and faculty’s minds is how the two will work together to tackle the large amount of student loan debt across America.

The recent election has brought light to issues that college students are wondering about, and having a democratic president-elect and a re-elected republican Kentucky senator is one of the issues that is now in the spotlight. An NKU history professor and two students talked about their views on student loan debt in the U.S. and how it affects college students.

An article from Forbes states that there are 45 million borrowers who collectively owe nearly $1.6 trillion in student loan debt in the U.S.

In August, President Donald Trump extended the Coronavirus Aid, Relief and Economic Security (CARES) Act that provides student loan payment relief until the end of the year due to the pandemic. Currently, student loan payments are temporarily suspended and the interest rate of student loans is set to zero percent.

In the past, McConnell has not supported student loan forgiveness. As Senate majority leader, McConnell dictates which bills come to the Senate floor and has the power to pass or deny a bill.

McConnell criticized the Obama administration for not being able to work together to create a solution for the ongoing crisis of student loan debt.

A press release on McConnell’s website from 2012 states that he and other members of the Senate had come up with a solution to student loan debt.

“All the President [then-Obama] has to do is just pick up his mail, choose one of the bipartisan proposals we laid out in our letter, proposals he’s already shown he supports, and then announce to the students that the problem’s been solved,” McConnell said.

It has since then been eight years and nothing has been done about the $1.6 trillion of student loan debt in the U.S.

In July, an amendment introduced by Rep. Madeleine Dean from Pennsylvania that would provide $10,000 in student loan forgiveness for borrowers with privately held loans was passed by a mostly partisan vote of 217-198.

Since then, Biden has developed a plan to extend on that amendment that states that outstanding student loan debt would be forgiven for those who have paid it back for 20 years.

Those working in fields such as teaching or non-profits would receive up to $10,000 in student debt relief annually for up to five years for each year they stay in that field.

Senior marketing major Kevin Grannen said he does not have student loan debt but knows of others that do and understands the burden it can put on people’s futures.

“I believe when you have somebody that is struggling to pay bills and keep your family fed is something that [the amendment] would be good to be passed … I think it [the amount] is too much, and I say that because what about the amount of people that may be able to put food on the plates for their family but they’re still paying student loan debt?” Grannen said.

Grannen said that people should not be taking out student loans if they cannot afford to pay them back.

“If other people before you are paying that, you should be paying that as well to an extent because when you go to college, you understand that you are going to be taking a great deal of debt with you after you graduate. You know the financial burden that is going to be put on you. If it’s not something you can afford, then why are you trying to pay for it?” he said.

El Goebel, a freshman playwright major, said that she also does not have student loan debt.

“I am fully on board with offering aid to students in and on every level and in any capacity,” Goebel said.

Goebel said that the annually increasing amount of tuition is to blame for all of the student loan debt that has accumulated in America.

“When we look at tuition cost and cost of college, those have actually inflated more so than the monetary inflation rate, so it’s where a lot of controversy stems from from older generations saying, ‘Oh, well I worked one summer in high school and paid my way through college.’ You legitimately cannot do that anymore because college is so expensive,” she said.

Goebel also said that she believes the government should be responsible for helping out college students when it comes to student loan debt.

Dr. Paul Tenkotte, a history professor that specializes in U.S. History, weighed in on the underlying crisis and history of both Biden and McConnell.

Both Biden and McConnell were born in 1942, during World War II, and are a part of a generation called the “Silent Generation.”

“How I think they are going to affect your generation is nominal—nominal in the sense that the next generation is stepping up in the likes of Kamala Harris,” Tenkotte said.

Looking back on American history, many of those who have served in past president’s cabinets have not been very diverse. Tenkotte said that Biden’s unveiling of a very diverse cabinet, those of which are from many different backgrounds and ethnicities, is unprecedented.

Tenkotte said that he sees Biden as a transitional figure who is making his cabinet into what America looks like today.

Biden and McConnell’s views are different from each other, although they are both part of the same generation.

“McConnell’s views on how to do things are 180 degrees from Biden. So the big question that I think you’re asking and everyone is asking is, what is going to happen?” he said.

The question that comes into play is how exactly did McConnell become so powerful as to be able to determine what bills get passed? The answer derives from the Constitution.

Between the Supreme Court, the president, Speaker of the House and majority leader of the Senate, there are a dozen people that are representing the wants and needs of 330 million Americans.

“You have got to decide on how to rebuild the democracy,” he said.

The big problem that Tenkotte discussed was the issue of affordable tuition for college students.

“We cannot afford to have people come out [of college] with massive amounts of debt because that means that there is that less amount of money available in the economy to build the economy,” Tenkotte said.

Tenkotte said that Biden and McConnell both grew up in a “linear generation,” meaning that they’re both used to things working in an order of a straight line. One issue leads into the next and they go from there and they aren’t used to bumps along the road. He compared that to recent generations that do not function in a linear way and have to think around things going exactly as planned and prepare to face obstacles.

“Unless they surround themselves with people who think in a non-linear fashion—and I think they are going to do that—we’ll get to that next step,” he said.

Tenkotte believes that work will get done between both Biden and McConnell to help college students. In the past, presidents of one political party and Senate majority leaders of the opposing political party have been able to come together and make decisions that will help the American people.

“I think that Biden will help the transition to rebuild the democracy,” Tenkotte said.