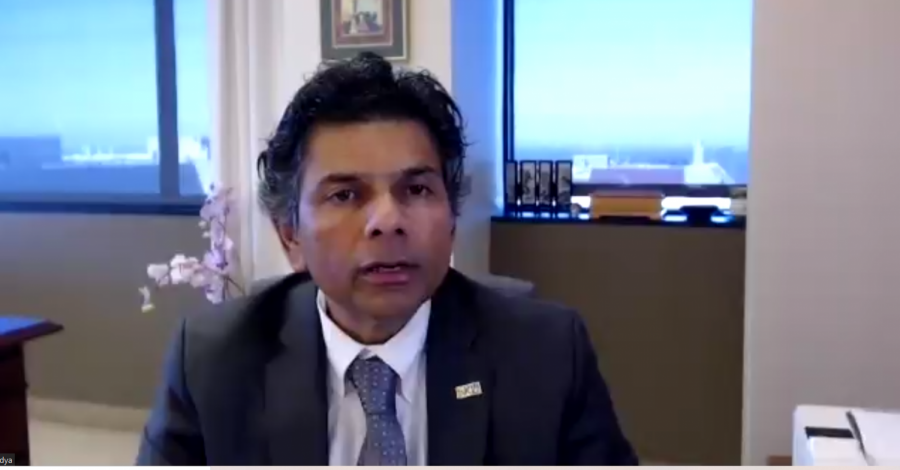 President Ashish Vaidya gave his recommendations to the Board of Regents

In their special meeting this afternoon, the Board of Regents unanimously voted to adopt President Ashish Vaidya’s recommendation for NKU to adopt a soft freeze lump-sum pension plan.

The plan would mean that NKU will exit the Kentucky Retirement System but allow tier-one and tier-two employees to remain in the system while other employees, including tier-three employees, will be moved to the university’s defined contribution plan and employee liability will be paid off in a lump sum.

Vaidya said that the state of the pension crisis is not the fault of the university or its employees. NKU has made its required contributions over time according to Vaidya, who called Kentucky’s retirement system one of the worst-funded in the country.

“We’ve been paying more than our fair share into a severely underfunded system,” Vaidya said.

Vaidya said that he is aware that the decision made at the meeting “may be the single most important financial decision that NKU will make in its young history.”

Considering the risk of high employee turnover with a hard freeze option, Vaidya made his final recommendation to the board of a soft freeze lump-sum pension plan.

“It is a belief that attracting, supporting and retaining the most capable and motivated individuals with drive and sustained change is needed to thrive in an increasingly volatile, uncertain, complex and ambiguous world,” Vaidya said.

Board of Regents Chair Andrá R. Ward called for a motion to adopt and, once seconded, opened the floor for questions and comments.

Regents Michael Baranowski, Dennis Repenning, James Parker, Richard Boehne and Lauren Goodwin expressed their gratitude to the president for his recommendation and consideration.

After a unanimous vote, the recommendations were adopted.

A new regent was also sworn in at today’s meeting, James Parker who, according to Ward, has been with NKU for over 20 years. Parker said he is “humbled and honored” to join the board.