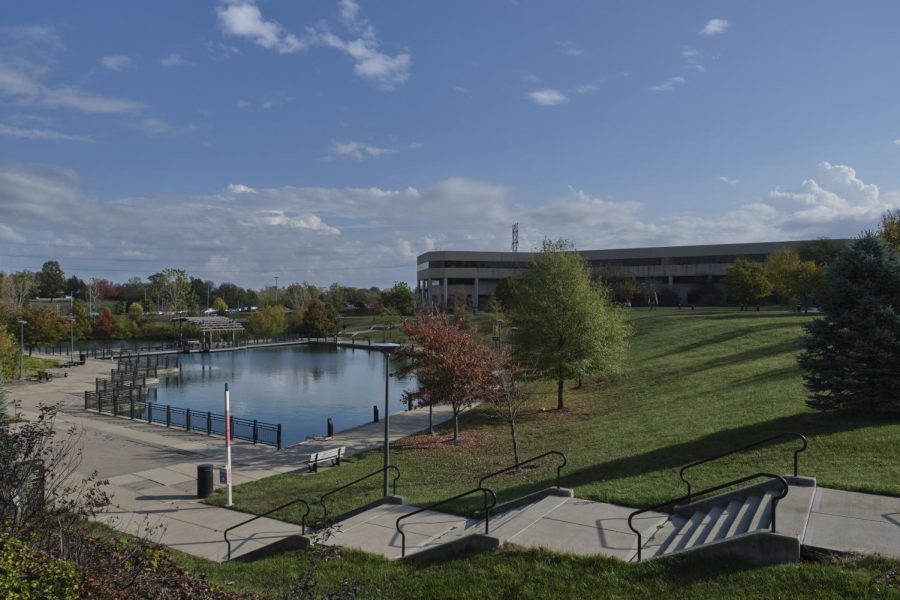 A fall view of Loch Norse.

At the faculty senate’s October meeting, a presentation was given by the Office of Title IX on updated regulations, President Ashish Vaidya gave a brief update on the pension and Provost Sue Ott Rowlands addressed student disengagement.

According to Peal, the office of Title IX was given a short window of fewer than 90 days by the department of education to write, create and implement the new policy. Peal said the office was given more than 2,000 pages of regulations and guidance to create the policy from.

Peal said that he wanted to remind everyone that this was a very “prescribed policy” and there was no room for interpretation, manipulation, or changing of how the policy was implemented.

“Everything was changed from definitions, to process, to policy and jurisdiction,” Peal said.

Peal also shared the Title IX training plan and dissemination policy. Peal said that training is not a “one size fits all” approach but rather a “tailored suit” approach.

“I always do tailored suit because it allows us to be specific and drill down and get people what they need, not what we want them to have,” Peal said.

To ensure that training was tailored to the campus community, Peal said they chose four separate training exercises that were exclusively for freshmen, returning students, graduate students and faculty and staff.

Peal addressed social media posts over the summer by students and alumni who spoke about their experience related to sexual assault and relationship violence at NKU. Peal said that testimonials by students were moving and heartbreaking.

According to Peal, a large number of students asked for mandatory sexual assault training because “they believed we had a rape culture at Northern Kentucky University.”

The new regulations require the new alignment of roles. Roles such as Title IX coordinator, investigator, hearing decision-maker, appeal decision-maker among others.

Regulations also mandate a new role of advisor. An advisor is someone selected by the parties without restriction, according to Title IX Investigator Angela Zippin.

This can include a family member, friend, lawyer, witness, etc. and can be changed any point before the hearing. If an advisor is not chosen, a university-chosen advisor will be selected.

Advisors may be present at all stages of the process but only participate in the live hearing. They will be responsible for conducting a thorough cross-examination of witnesses and parties during the hearing, according to Zippin. This task was formally done by a hearing panel.

Another role created by regulations is a hearing-decision maker. The hearing decision-maker facilitates an orderly and truth-seeking live cross-examination hearing, Zippin compared it to a judge or litigator.

The hearing decision-maker must determine whether questions asked by advisors are relevant before they are answered. The hearing-decision maker also uses the preponderance of evidence standard to determine for each allegation whether the respondent is found responsible.

The hearing decision-maker’s findings will all be documented in a comprehensive deliberation statement that explains how the conclusion was reached.

Reporting requirements have also changed from a broader selection of faculty and staff to those who are determined as “officials with authority.” A full list of these officials as well as other information about the new policy can be found on Title IX’s website.

Vaidya gave a brief update on the pension. Vaidya said the university has two options: hard freeze or soft freeze. Both of these options would mean exiting from the Kentucky Retirement System in July 2021.

Vaidya said he continues to have discussions with employees by tier to see what the ramifications and benefits of both options would be. Vaidya’s final recommendation will be made at the final board meeting on Dec. 2.

Provost Sue Ott Rowlands said she met with a coordinated care group to discuss how to communicate with NKU students. Rowlands said she often hears how students are “struggling to keep up with all communications coming at them from so many different directions.”

Rowlands said if messages come from faculty and advisors they are more successful at getting to students. She encouraged faculty to reach out, check-in and encourage their students.