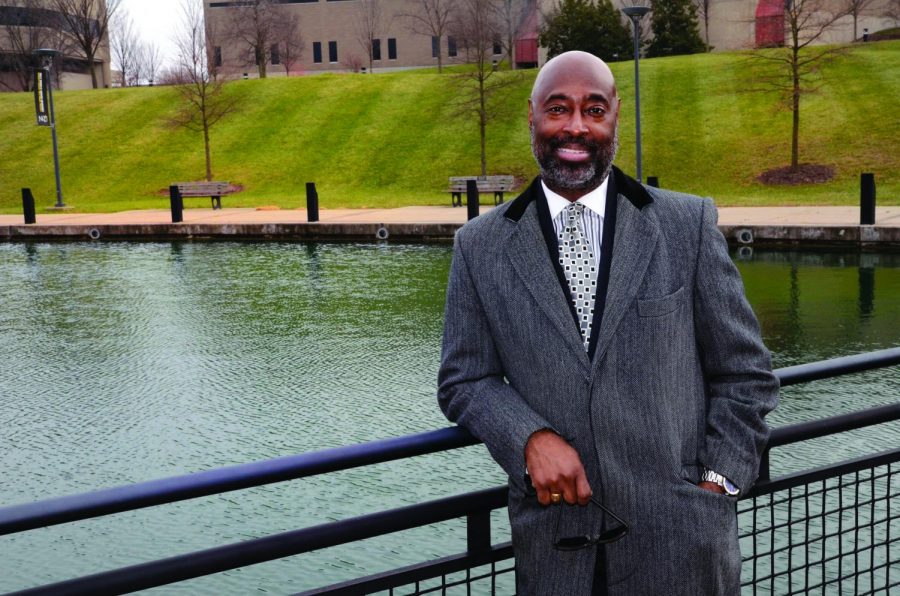 Andrá Ward has been elected chairman of NKU’s Board of Regents. Ward will serve a one-year term in the position.

Three members of the Board of Regents were elected into new positions, including the chairman of the board, during their Sept. 9 meeting, according to a recent news release by the NKU administration.

The 11-member board unanimously elected Andrá Ward as chairman, Normand Desmarais as vice chairman and Gregory Shumate as secretary.

Ward is the president and chief culture and transformation officer of The KhafreWard Corporation, which focuses on organizational change, human resource management and talent development. He earned his Bachelor of Arts in Radio, Television and Film from NKU in 1986. He continues to serve the university in many capacities, including as an emeritus member of the NKU Foundation, NKU’s Alumni Council and the 2007 Lincoln Awards Selection Committee.

Ward is a mentor to students and young professionals in business and private industry, according to the press release.

“While one of my biggest passions is mentoring the next generation of great young professionals, the board’s overarching responsibility is to ensure NKU is competitively positioned with fiscal stability, appropriate resources, a safe campus environment and diverse/inclusive culture that demonstrates educational excellence as an everyday experience,” Ward said.

Desmarais and Shumate will also serve a one-year term in their respective roles.

Desmarais is the founding partner and chairman of TiER1 Performance Solutions, and he also serves as a board member of The Northern Kentucky Tri-County Economic Development Corporation (Tri-ED).

Shumate is member-in-charge of the Northern Kentucky office of Frost Brown Todd LLC. He has also served on the NKU Foundation since 2002 and on the College of Informatics Dean’s Advisory Board since 2007.

President Ashish Vaidya said he appreciates the board’s persistent dedication to student success and leadership within the campus community.

“As we work toward our vision of a more student-ready and regionally engaged university, I look forward to their continued support and advocacy as NKU innovates to better serve students and the region this year,” said Vaidya.

At the Sept. 9 meeting, the Board of Regents also swore in a new regent, Ken Perry.