What you missed at SGA: fall commencement plans, new members 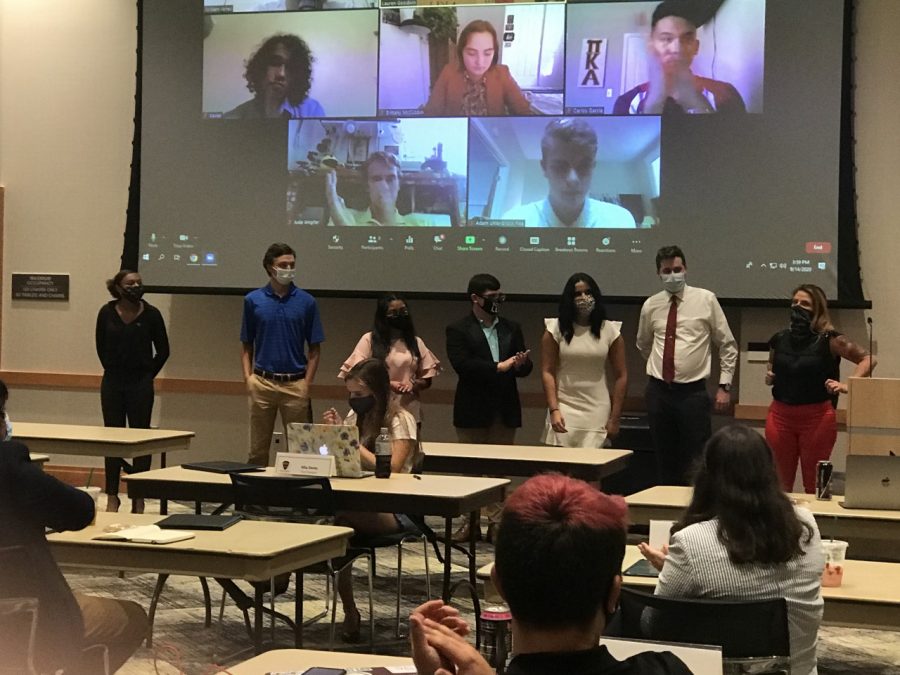 SGA members and faculty discussed plans for fall commencement and what spring semester will look like at the meeting on Monday. A dozen new members were also sworn in at the meeting and expressed how they will use their platform.

“Our goal is to do some level of an in-person commencement ceremony primarily for those who missed their spring commencement as well as any December graduates,” said Arnie Slaughter, dean of students.

According to Slaughter, the administration has been discussing the logistics of a safe, in-person ceremony. Some possible options include utilizing a large outdoor space, limiting the number of guests allowed or having several smaller ceremonies.

Slaughter said finalized plans for a fall commencement ceremony should be determined by the midpoint of this semester. According to Slaughter, plans will be announced in enough time to give students the opportunity to make travel accommodations.

The administration is still making plans for the spring semester, but it will most likely look similar to how classes are conducted now, Slaughter said.

“So far we’re planning on doing the opening of the spring semester similar to what we’re doing now for the fall semester,” Slaughter said. “So that’ll be a combination of classes in person as well as classes that will be virtual.”

More information will be forthcoming in the following weeks as plans become finalized.

Twelve new members of SGA were sworn in at the meeting today following election results or appointments.

The five elected student officials were determined based on the recent 2020-2021 freshmen election. Freshmen Katherine Carter, Peyton Hall, El Goebel, Natalie Goodwin and Lily Sis attended their first meeting as SGA senators and were sworn in at the beginning of the session.

Prior to being sworn in, they were given the opportunity to speak about why they would like to participate in the organization. A common theme in the senators’ answers was a desire to provide more diverse perspectives within SGA.

Kaitlin Minniefield, sophomore biological sciences major, said she wanted to join SGA because there was a need for SGA representation from the Black community on campus.

“I would like to use some of the resources we have here for the minority communities,” Minniefield said.

Wendi Cantero, a resident assistant at Callahan Hall, said she would like to use her platform to ensure that students with minority identities will have better opportunities and experiences on campus.

“As a minority, I definitely experienced a lot in my freshman year that I feel no one should really experience, and that definitely pushed me to voice my opinion,” Cantero said.

Junior Mia Potter, who is a single parent, said she wanted to spread more awareness of the challenges that some non-traditional students face.

“The main reason that I wanted to get involved is to make professors and the university in general more aware of the struggles of single parents in college,” Potter said.

Following a brief closed session, the seven nominees were welcomed back into the meeting and sworn in as SGA senators.