Board of Regents swear in new regent, discuss COVID-19’s impact on enrollment, budget 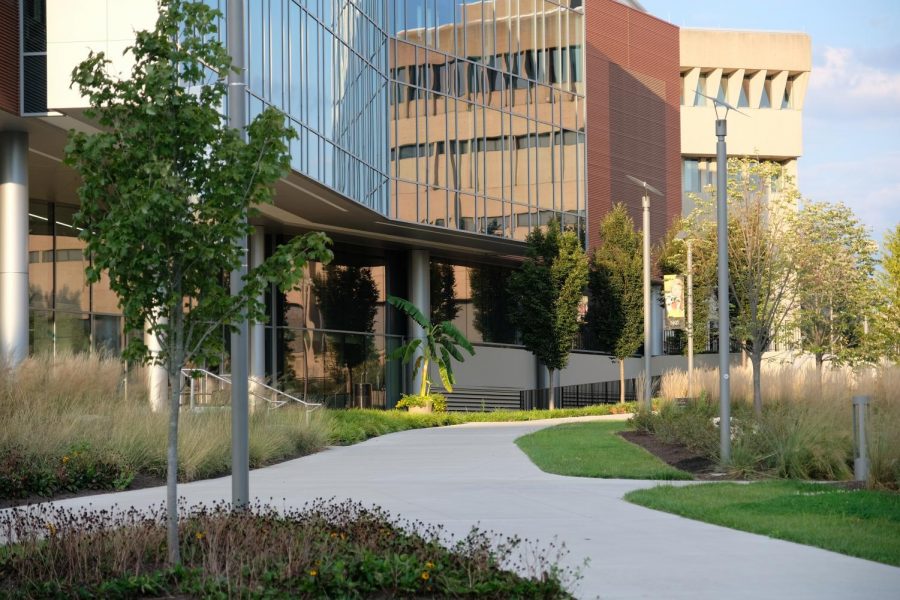 The Board of Regents’ September meeting began with the swearing in of a new regent, Ken Perry. Perry was appointed by Governor Andy Beshear for a six-year term and replaced Terry Mann, whose term expired.

Perry is managing director and chairman of Ken Perry Realty, Inc. which he founded after serving six years in the military.

“We are pleased to welcome Ken to our ranks. Growing up in Campbell County, his insights will be valuable as we govern Northern Kentucky University,” said Chairman Lee Scheben in a press release.

Scheben’s term will also be expiring after this year and regents voted on who should take his place along with a new vice chair and secretary.

“I have greatly appreciated your steady hand and calm demeanor in guiding us through some very choppy waters in the last couple of years,” Vice Chair Ward said to Chairman Scheben.

COVID-19’s impact on enrollment and budget

Although national enrollment projections in the spring suggested a sharp decline, NKU is on target for a third consecutive year of enrollment growth, according to President Ashish Vaidya.

While undergraduate enrollments, including the number of incoming freshmen, are lower than last fall, Vaidya said first-to-second year retention rates are projected to be at an institutional all time high of 74.3%. The previous record was 74% set in 2005.

Preliminary projections of gross tuition for the fall, estimate NKU to be $1 million over budget. This is due to increased online revenues, according to Vaidya.

For NKU this would equate to approximately $4.2 million dollars, according to Vaidya. The university anticipated at least a 5% reduction in state appropriations but now must prepare for the increased reductions.

Conversations regarding pension are still taking place, according to Vaidya, and recommendations will be presented to the Board of Regents at their November meeting.

Work on the plan has focused on optimizing campus core, enhancing the student experience and defining campus perimeter, Desmarais said.

Based on current enrollment, space needs analysis found space deficiencies in the sciences, engineering, health, school of the arts, law and business. Because of this, a number of options to renovate and/or expand the Business Academic Center, Fine Arts Building, Landrum, Nunn Hall and Science Center have been explored.

“Moving the law school from Nunn Hall appears to be a key to unlocking space in the academic core to enable many of these projects,” Desmarais said.

Other ideas included turning Steely Library into an academic resource hub and freeing up space in the University Center or other buildings to “create much needed student-centered space,” Desmarias said.

Next steps include development of phasing and implementation strategies, resolution of impacts to infrastructure, parking and mobility and review of plan priorities.

The final master plan will be brought to the November Board or Regents meeting for approval.

“The goal is to learn about everyone’s responsibility and expectations as we continue to build a respectful and healthy campus,” Vaidya said.

Vaidya also discussed two new programs already in place for the class of 2024, the common reading program, in which all incoming freshmen are required to read the same book and Humans of Greater Cincinnati, an honors seminar.

Two webinars will be hosted for all first-year students and include panelists from the Greater Cincinnati region. The first event will be held Sept. 30 and focus on how the media influences our view of race in America and the second event on Oct. 28 will discuss racial health disparities.

Fifty-three incoming freshmen were shipped iPads at the beginning of the summer to document their journey to NKU as part of the Humans of Greater Cincinnati project, according to Vaidya. These photo essays can be found on Human of Greater Cincinnati’s social media and website.

Vaidya said the photo essays “represent the vast diversity of experiences that NKU students face in reaching our campus.”

At fall convocation, Vaidya announced the creation of a mental health initiative “aimed at enhancing the mental health and awareness of NKU’s learners.”

“We’re going to explore innovative ways to connect students with the help they need providing early and ongoing support as they deal with the uncertainties these times present,” Vaidya said.

The advisory group is co-chaired by Christopher Lawrence, professor of counseling and director of the clinical mental health counseling program, and Nita Vaidya, for whom Ashish said “student wellness is a personal passion.” The group also includes faculty, staff, students, community volunteers and experts.