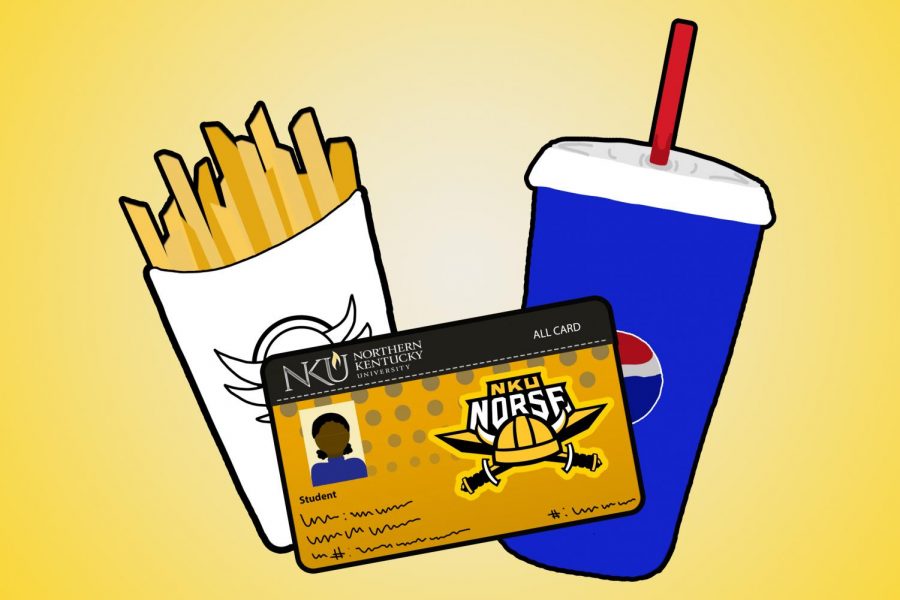 Earlier this month, NKU’s Chief Financial Officer Mike Hales sent out an email announcing that the mandatory commuter meal plan would be delayed until the Spring 2021 semester.

The plan was delayed due to it not aligning with NKU’s moving forward plan and attempts to “de-densify campus.” The meal plan will cost $50 per semester.

After the initial announcement of the meal plan, a change.org petition was created that asked NKU to change the mandatory meal plan to an optional one; it has received over 2,700 signatures at the time of reporting.

“It is utterly shameful that you would launch this initiative during a global pandemic where the majority of students are already living in a financial crisis, are already being extorted for a parking pass that will be used just as rarely, and during a time when the upcoming semester’s plan is ever-changing,” states the petition written by user Lea C.

Over a year in the making

In Spring 2018, NKU began negotiations with Chartwells Food Service for a 10-year contract. During those discussions, a mandatory meal plan was first mentioned by Chartwells, according to Hales.

The contract brought in $4 million in capital gains, which around half will be spent on adding a Qdoba, as well as renovations to Sbarro and Norse Commons, Hales said. Many of these plans were initially to begin Fall 2020 semester, but were delayed due to COVID-19.

“[Chartwells is] looking at the commuter meal plan as a way of expanding to have more overall meal plans,” Hales said. “In return for that, they then are willing to provide us with additional capital funding, with additional meal scholarship, with a lot of things in the contract that they would not have been able to offer us otherwise.”

Other possible advantages of the contract according to Hales are students with food insecurity can have the meal plan covered by financial aid.

Hales said students’ perspectives were considered and input was gathered from various SGA meetings, town halls, student advisors and a survey sent out to all students, so he is surprised to hear students say they are just now hearing about the meal plan. Hales said he also understands that not every student is involved on campus.

Haley Orth, freshman chemistry major, is a commuter student who said she is on campus only a couple days a week. Orth eats before she leaves to come to campus and when she gets home.

Orth said she understands how the meal plan could help students with food insecurity but it is still an added cost.
“I really haven’t looked into what all it includes. I’m sure at some point I’ll end up grabbing a meal on campus. I’m sure I’d put it to use,” Orth said.

Although Katherine Deboor—sophomore playwright BFA—is not a commuter student, she said many of her friends and fellow theatre students are. Deboor said she doesn’t think students should have to pay for a mandatory meal plan.

“Even if it is just $50, I just don’t think you should make someone pay for something that they don’t want to pay for or they’re not gonna use, especially as a college student. I feel like that money could go toward something much more useful,” Deboor said.

Natalie Hayslett, sophomore acting BFA, said if she lived off campus she would be mad about having to have a meal plan.

“It’s good that there’s a delay, but I also don’t feel like there’s a need for one, like why would you spend money? If you’re gonna be living at home, eating at home, and the only time you’re on campus is for class?” Hayslett said.