SGA: parking citations will be waived for two weeks 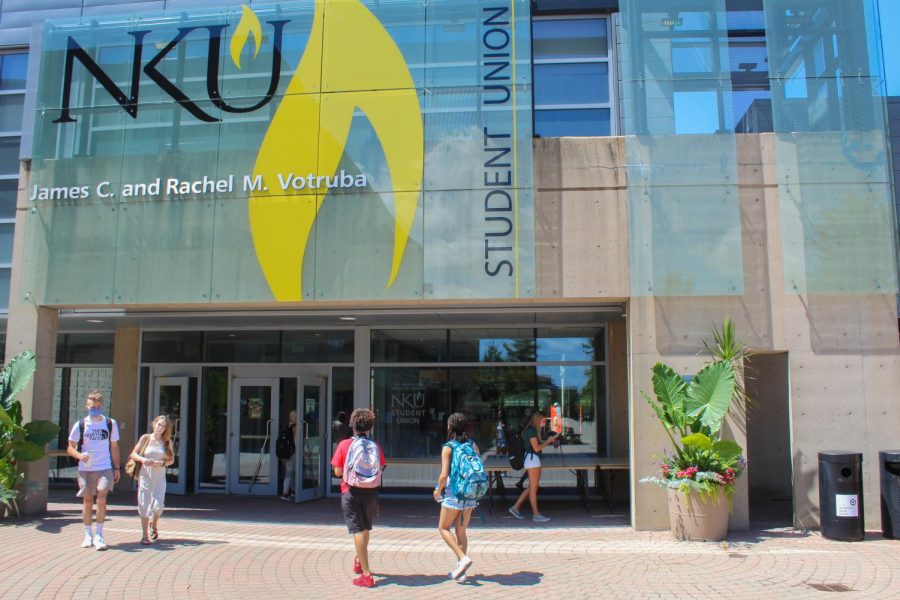 The Student Union from the plaza level.

SGA discussed parking citations, recruitment and goals for the semester at its meeting on Monday. Student officials were able to meet in person or convene virtually via Zoom for the first meeting of the Fall 2020 semester.

Parking citations are waived for the next two weeks as students return to classes, Director of Business Operations Andy Meeks announced at the meeting. At the beginning of the third week, fees and fines will resume at the regular rates.

There are some exceptions to the citation waiver, Meeks said. Some exceptions include a vehicle parking illegally in handicapped or reserved parking spaces.

According to Meeks, this decision was made because the administration understands students are more likely to have irregular campus appearances this semester. For example, a person’s class schedule might require them to visit campus once in one week and three times in another week.

“Normally, [a parking permit] would definitely be the way to go,” Meeks said. “It would be well-served, especially if you’re coming to campus for classes three to four times a week, attending half a dozen basketball games, going to concerts. But you may feel like that is not the best way to go right now.”

A parking permit costs $150 per semester or $256 for the entire 2020-2021 academic year. Students, faculty and staff also have the option of parking at the three garages located throughout campus for an hourly or daily rate of cost.

“Beginning in the third week, people will be out giving citations,” Meeks said.

Students are encouraged to contact Andy Meeks for advice on what parking option would be best suited for their class schedule. To contact Meeks,  email meeksa@nku.edu.

“A big way to get people is to reach out to them one-on-one,” Goodwin said. “Be reaching out to people that you know, people you meet in your class, people you pass in the plaza at a social distanced level,” Goodwin said. “I want to fill these seats with really qualified people, so let’s do it.”

Freshmen candidates must submit a completed election packet online no later than Wednesday, Aug. 26 at 4:30 p.m. and must also submit their Itemized Expenditure Report form no later than Monday, Aug. 31 at 4:30 p.m. The forms are available under SGA’s MyEngagement page.

SGA also discussed overall goals for the semester, which include more diversity in membership and transparency with NKU students.

“We want to be more approachable and be that voice that students are willing to come to because they trust us to go to the administration,” Goodwin said.

More diversity in SGA membership intends to be accomplished by recruitment efforts and elections, according to Goodwin.

Goodwin also issued an executive order to establish health guidelines for SGA officials, which include the option to virtually attend meetings and conduct office hours. Officials are also required to attend at least two SGA-sponsored events this semester. This requirement can be completed in a virtual format, according to the order. The order will expire at the beginning of the Spring 2021 semester but is subject to renewal, Goodwin said.

Senior Jordan Murphy was also sworn in as an SGA justice at the meeting. He is one of three new justices, who were sworn in at a retreat earlier in the summer.