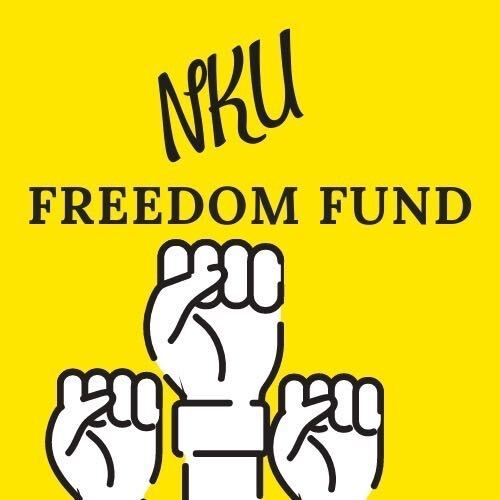 NKU students Grace Wesson and Jessica Archer were together last Sunday when they first heard the news that two of their close friends, who are also NKU students, were arrested for peacefully protesting after curfew in downtown Cincinnati.

“Having been the person that was their ride… and after witnessing firsthand the just stress, the horror, the anxiety of everything that was going on once curfew hit, I just automatically started to think of anything I could do to get them out,” Wesson said.

Wesson said she had enough to cover one $200 bail and Archer could cover the cost of the other bail. However, they learned that two other students were also facing $200 bails.

Wesson and Archer posted to their Snapchat accounts Monday morning to see if any of their friends were interested in raising money for the arrested NKU student protestors by donating through Venmo.

According to Wesson, by 2 p.m., they had raised $2,000 in donations with some people offering to pay the bails in full.

“The outpour of donations and love and support was overwhelming,” Archer said.

Archer and Wesson, along with NKU students Isabel Sleczkowski and Lexi Rigsby who had also started individually raising money for protestors, decided to combine their separate Venmo accounts into one to establish the NKU Freedom Fund.

According to Archer, Sleczkowski suggested calling the bail fund the Freedom Fund because the purpose of the donations are to work toward freedom.

“According to those who have more of a pulse on the protesting, there is supposed to be a good spike in arrests this weekend and we are prepared to put a great deal of what we got right now towards bailing our kiddos out,” Wesson said.

Depending on the outcome of future protests, Archer said surplus funds will be donated to bail funds, mutual funds and supplies for other protestors such as masks, goggles and water.

Wesson believes that efforts such as bail funds are important because it encourages NKU students and affiliates to speak up and use their voice.

Donations for the Freedom Fund can be sent to @NKU-Freedom through Venmo.

If you or someone you know is detained during a protest, contact: