NKU released a statement Thursday about discrimination and freedom of speech after screenshots circulated social media allegedly showing an incoming freshman using the hashtag #WhiteLivesMatterMore as part of #WhiteOutWednesday, a hashtag made in opposition to #BlackOutTuesday to support the protestors. 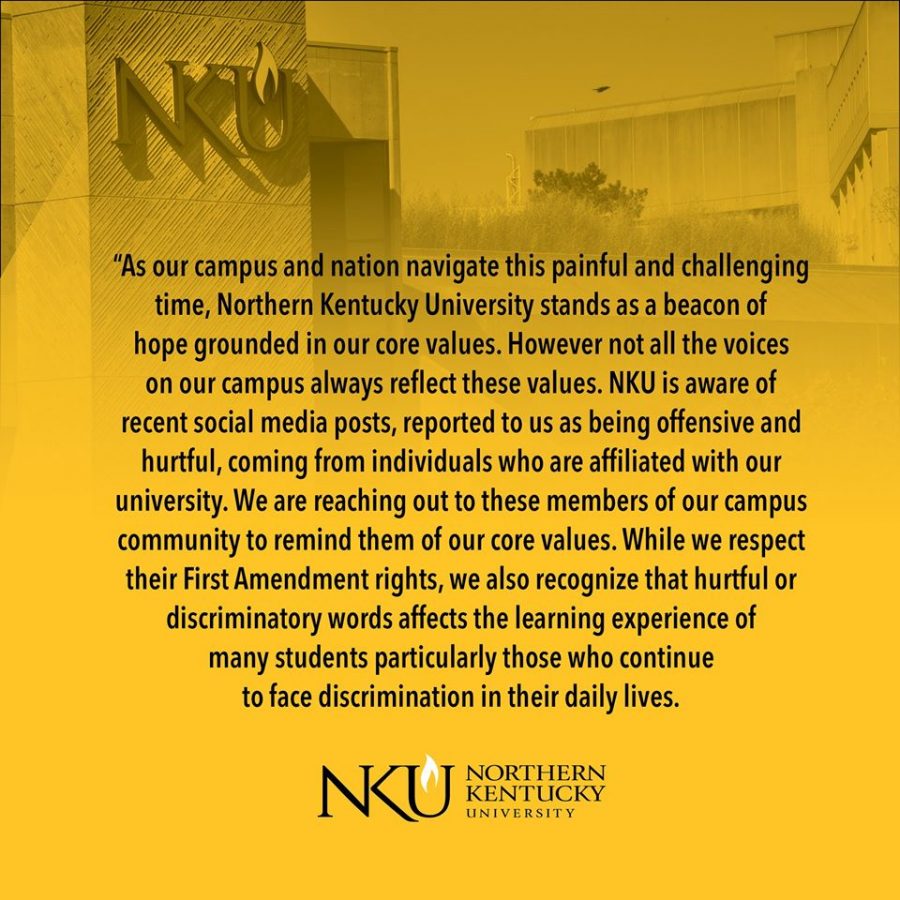 I’ve reached out to the admin about this. If your response to protests about systemic racism and well documented police brutality is to say white lives matter more, then you don’t belong in our community. https://t.co/f4fj8AqjB0

Other students and alumni commented on how they feel NKU should respond.

of course we’re not surprised, you love to flex all the DiVeRsItY that your POC students bring but knowingly welcome racist incoming students with open arms. miss me with it @nkuedu https://t.co/qbN3woOsEr

If you really cared about diversity and inclusion, you wouldn’t sweep racially charged incidents under the rug like you did with Welcome White Week. Don’t talk about it, be about it. https://t.co/G4lQ9iEjcP

As of Friday afternoon, NKU has yet to respond to the backlash.