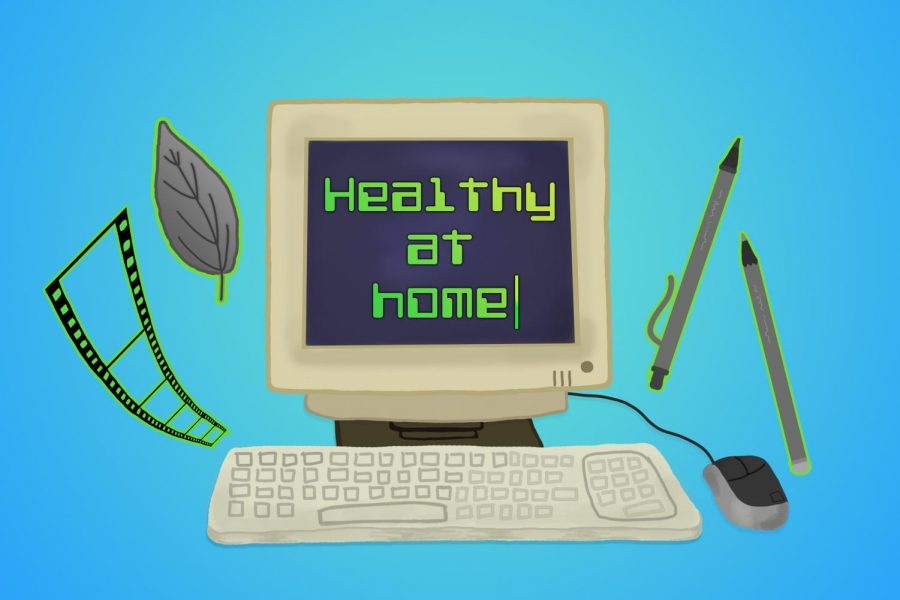 Various student internships have been canceled due to coronavirus concerns.

When Allison Jones started interning at the Northern Kentucky Health Department, she worked 16 hours a week in a cubicle that she anticipated would be her mainstay for the entire semester.

Now, like many non-essential workers in the United States, Jones works from home and her project has taken a backseat to the global pandemic sweeping the nation.

Jones, a senior environmental science major, said she was initially attracted to an internship with the health department because of her interest in public health.

“I wanted to just expand on and learn more about what kind of regulations and responsibilities the health department has,” Jones said.

Early in the semester, Jones made flyers on best health practices and helped organize classes on food safety to be presented in restaurants. She conducted field work for her own solo project on the water quality of indoor pools, driving to a variety of local gyms and hotels to take samples for analysis.

But then, in late March, Kentucky Governor Andy Beshear proposed the healthy-at-home directive. On the same day that news broke of Kentucky’s shutdown of in-person dining at restaurants, Jones said she received instructions from her employer to stop coming into work.

Though her mentors at the health department have been checking in on her via online services, Jones said the change in communication has been one of the hardest adjustments in the transition.

“It’d only take two seconds to talk to them [in the office], whereas an email takes a couple hours,” Jones said.

The healthy-at-home directive has also impacted her research on local water quality. Because many locations such as gyms and hotels have closed in the area, Jones said she couldn’t get a second round of sampling for analysis. While she’s still able to analyze her initial samples, she has had to grapple with new restrictions placed on the scope of her project.

According to Jones, she was initially disappointed by the directive’s impact on her internship, but she is cognizant of the bigger concerns in the world right now.

“In the grand scheme of things, testing water quality isn’t as important as looking at the number of cases of coronavirus in Northern Kentucky,” Jones said. “Just kind of putting that into perspective, I understand that what I’m doing isn’t … as high on the list as lowering the number of people getting infected.”

Jones said the health department has been very supportive and diligent in making the internship work and credits her NKU faculty adviser, Dr. Kristy Hopfensperger, for helping her remain grounded throughout the experience.

“She’s really good about communicating and making sure everybody’s not stressed out,” Jones said. “She’s always there for students, too, so it’s been good.”

While serving as the faculty coordinator and director of environmental science, Hopfensperger has managed all internships within her department for the past five years.

According to Hopfensperger, most of the work performed in environmental science internships is conducted in hands-on environments such as laboratories or the natural world.

“I think what the students are doing for their experience has changed dramatically, because now they’re all trying to do whatever they can do virtually,” Hopfensperger said. “The experience they’re gaining is really different, but they’re still being allowed to gain an experience. It won’t set them back in time, and it still is building their resume.”

Though an end-date for the directive has yet to be concretely set, Hopfensperger does not expect summer internship opportunities to decrease.

“Right now, most organizations that environmental science students work for are continuing to move forward with hiring people for the summer,” Hopfensperger said.

According to some students, opportunities for summer internships have changed, depending on their major.

Senior electronic media & broadcasting major Chase Pillon was going through the second round of interviewing for a summer internship at the Hamilton County Soil and Water Conservation when he received the news that the internship had been cancelled. The employers were only keeping on essential employees to work through the summer.

“I was really disappointed because I felt like I had that internship kind of locked down,” Pillon said. “That was kind of like my backup plan if all other internships that I applied to failed.”

Pillon said the search for a worthwhile internship in his major has been difficult and isolating. He’s reached out to NKU for guidance but received little instruction or resources that he hadn’t already tried.

“I emailed Career Services, and they informed me that internships have been suspended indefinitely at some places,” Pillon said. “But they didn’t really offer me any advice other than check out HireNKU, which I’m already on.”

According to Pillon, most businesses are not advertising as much on HireNKU following the COVID-19 outbreak.

Though the experience has been disheartening, Pillon said he still has time and flexibility in his schedule to complete the EMB major requirement of an internship before graduating in fall 2020.

“What’s best to keep in mind is that everything right now is temporary,” Pillon said. “If you can’t find an opportunity right now, you’ll always have an opportunity in the future to make it work. So, I’m not devastated. I’m just using this as a learning opportunity.”

MeKaisha Jones-Hatcher is a junior double majoring in special education and middle-grade education. She is also pursuing a minor in Spanish which led her to work as an intern in the Esperanza Latino Center this semester.

According to Jones-Hatcher, the transition from in-person to online work was not a drastic change. She had already been doing technical work, such as creating the center’s donation website and running advertisements.

For Jones-Hatcher, who said she’d taken the opportunity to become immersed in the Latino culture and speak Spanish more often, it was disappointing when the nature of the internship changed.

“I am a little bit sad that I was unable to continue my time physically in the center and helping people who came in and the leaders of the Esperanza Center,” Jones-Hatcher said.

According to Jones-Hatcher, she had plans to continue to intern at the Esperanza Latino Center during the summer, but those plans are now in limbo.

“The department that deals with the international world language interns is deciding right now if that’s still going to be something that they can do,” Jones-Hatcher said. “It all comes down to NKU’s decision on whether or not that’s going to be possible.”

While the circumstances surrounding her internship have changed beyond what she expected, Jones-Hatcher said her experience has still been a positive one.

“It’s allowed me to kind of do things with more flexibility…[and] understand the different things [for work] I can do at home,” Jones-Hatcher said.