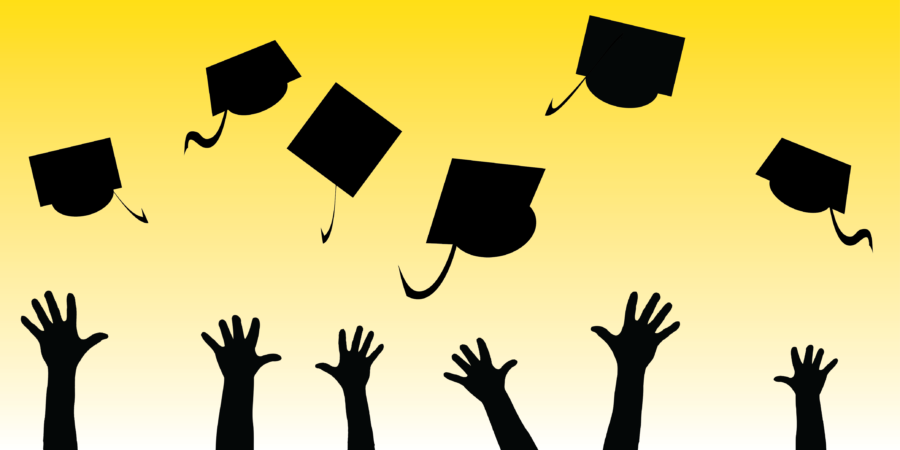 Spring commencement is being held virtually Saturday, May 9

Since senior elementary education majors Emilee Beecham and Alexia Ball started their petition in early March to give spring 2020 graduates their own commencement, they have reached nearly 2,200 signatures as of May 7.

In accordance with social distancing compliance due to COVID-19, spring commencement of 2020 was canceled. NKU officials have invited spring graduates to walk during fall commencement. According to Ball, she understood the need to take precautions but questioned whether or not BB&T Arena would be able to hold both spring and fall graduates and their guests at the same time.

“There’s no way they’re not going to limit the people who can come because there’s so many more graduates now, the ceremony is going to take longer,” Ball said.

Beecham also mentioned the lack of space having two commencements at once may present.

“As someone who is a presidential ambassador, we work all of the commencements, I’ve been to four or five now if not more and there’s no way we’d be able to have both classes graduating at the same time,” Beecham said.

According to Beecham, she had a feeling the announcement of spring commencement’s cancelation was coming before it happened. After Beecham saw the response from a friend who is also a spring graduate expressing their disappointment via Facebook, she decided to make a group chat for other seniors to express their feelings and brainstorm other alternatives to the combined fall commencement.

Ball, who joined the group chat, began working with Beecham on a petition to give spring graduates their own commencement later this year but before the fall 2020 commencement. Beecham suggested that spring commencement could be held during the weekend of freshmen move-in week in August.

“I guess to be fair we don’t know for sure it’s going to be cleared up, but I think August is a good guess for now,” Beecham said.

Seniors like Kaitlyn Nally, who signed the petition, believe that a separate commencement should be held because some spring graduates won’t be able to attend fall commencement.

Nally, a dual communication studies and public relations major, said it was one thing to have the opportunity to say goodbye to all of the faculty and staff that had made a huge impact on her taken away, but another to not be able to say goodbye to the university she had devoted so much money, time and energy into.

Since her enrollment at NKU, Nally has been involved in several campus organizations including greek life and Norse Leadership Society. She has also taken on positions as an orientation leader, residential assistant and interned for the Office of Fraternity and Sorority Life.

After graduating from NKU, Nally plans to move to the University of Louisville in August to start a full-time graduate assistantship position.

“I’m going to be working in the Office of Student Engagement—working with student organizations, coordinating meetings and campus events,” Nally said.

According to Nally, if NKU continues with their plan to invite spring graduates to walk at fall commencement, she will not be able to attend.

“It’s going to be really hard for me to get away for a day just to walk across the stage. I’ll be like a fourth of the way through my graduate program so by that point why go back?” Nally said.

Before Nally started college, she decided to take a year off after high school. According to Nally, many people in her life put a lot of pressure on her because they believed she wouldn’t go to college.

Nally said that walking across the stage would’ve been a chance to prove the people that doubted her wrong.

Nally believes it’s one thing to get a diploma mailed to you, but another “be able to have this public symbol of you did it, all of your hard work has paid off.”

According to Ball, when the commencement petition passed 1,700 signatures she announced that their suggestions were being considered by President Ashish Vaidya.

Beecham and Ball’s petition can be signed by “any graduating individual and anyone who supports the decision for two ceremonies.”