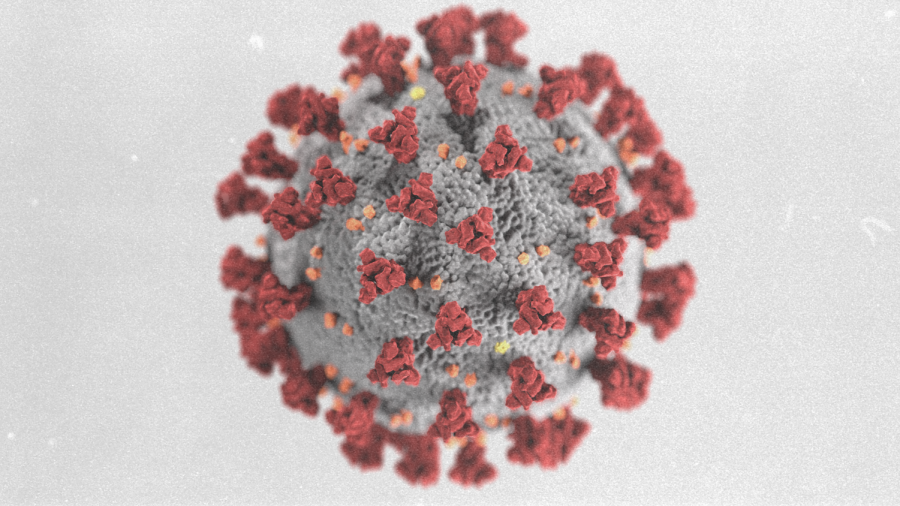 In response to the increasing number of confirmed COVID-19 cases in Kentucky, over 60 custodial workers have remained on campus to ensure the health and safety of students and faculty. NKU’s facilities management team offers updates and insight on what it’s like to be a campus on high alert.

The team began prevention efforts of “enhanced sanitation” in mid-February, according to Assistant Vice President of Facilities Management Syed Zaidi.

Bill Moulton, who oversees custodial work as the assistant director of facilities services, said the most drastic change to their average cleaning regime has been the frequency and emphasis of disinfecting “touch-point” areas, such as doorknobs and toilet flush valves. Subtle practices, such as ensuring the cleaning solution is given the proper dwell time on surfaces, have also been emphasized to NKU custodians.

“We’re also asking [regular staff] to change their gloves more frequently and wash their hands after they’re in areas being cleaned. We’ve been following recommendations from the Northern Kentucky Health Department for cleaning,” Audra Point, acting director of safety and emergency management, said.

While disinfecting practices have been significantly increased, consistent sanitation on campus is a mutual effort between cleaning staff and students, according to Zaidi. For example, any previous sanitation effort by custodial workers is rendered useless when a student who has not properly washed their hands uses a doorknob or water fountain.

“Individuals need to take ownership of their own health and the social responsibility of protecting others,” Zaidi said.

Moulton also confirmed NKU would soon be receiving a supply of alcohol-based hand sanitizer that will replace the environmentally friendly-based alternative in campus restrooms and offices. According to Moulton, the decision was made following a report by the U.S. Centers for Disease Control and Prevention that stated alcohol-based cleaning solutions combat coronavirus.

Many products such as hand sanitizers have been in high demand across the nation, which places a burden of accessibility on the university.

“It is not our hesitance to order them but our ability to get them quickly,” Zaidi said.

According to Zaidi, the accessibility of cleaning products will soon return to normal.

“What we are being told by supply chains is there isn’t an actual shortage of product,” Zaidi said. “It is just the sequencing. It went off the shelves quicker than the supply chain can put it back on.”

Paper towel dispensers will be installed in Griffin, Campus Recreation Center and the Health Innovation Center. Hand washing posters will also be posted in restrooms.

According to Zaidi, the team has also been in constant contact with President Ashish Vaidya’s cabinet to recommend the best practices for campus safety.

“We are always looking at the future of what is coming down the pipe,” Zaidi said.

According to Zaidi, the team has specific procedures set in place for two outcomes: suspected and confirmed contamination.

“We neither have the capability, nor the expertise, nor the intent of doing that kind of decontamination using in-house people,” Zaidi said.

If NKU had a confirmed contamination area of COVID-19, the team would consider taking efforts to an outside professional agency, according to Zaidi.

Suspected contamination is “whenever we suspect that there is a higher probability that someone might have contaminated a space,” Zaidi said.

On March 7, the facilities management team encountered a situation of suspected contamination in Landrum Hall during a youth camp. Following the camp, NKU personnel were informed by the parent of two camp participants that a family member, who recently visited them, was being tested out-of-state for “likely” coronavirus. It was eventually confirmed the family member did not have the virus, but the team had already gone through standard procedures for such development.

According to Zaidi, custodial workers waited 24 hours before entering the space, in adherence to what was understood about the air-borne duration of the virus at the time (this information has since changed multiple times and is considered no longer accurate). Staff was equipped with personal protective equipment—such as full-body disposable suits including shoe-covers, gloves and eye protection—and they used EPA-approved products.

Moulton provided cleaning instructions for the suspected areas of contamination.

“One important thing about killing a virus like this is you can’t just disinfect because the virus can be underneath the dirt,” Moulton said. “You need to clean the surface before you can disinfect it.”

Supplies such as chemical-based cleaning solution, microfiber towelettes and fogger machines would be used in the case of suspected contamination, according to Moulton. Point has also organized rapid response kits for a quick custodial response to areas that have a heightened probability of contamination.

According to Point, custodial workers have been using recommended precautions and guidance from the Northern Kentucky Health Department and the CDC in both preventative and proactive measures.

Things still to be determined

Beginning on March 31, Steely Library will operate on limited hours. Dining areas on campus have either been fully or partially closed, in adherence to Kentucky’s state mandate regarding dine-in service at restaurants.

New operating hours of other campus buildings have not been confirmed. According to Zaidi, the facilities management team is currently in conversation with NKU’s executive team on COVID-19, and a decision on building hours will be made shortly.

Designated study lounges where students can convene together are being reconsidered, Zaidi said.

“While there is a need for students to access resources, there may also be a need to restrict movement of individuals,” Zaidi said.

According to Zaidi, the team is cognizant of student needs for areas to study, access university resources and maintain mental health. These concerns will be considered in the decision.

“At the same time, we are very cognizant that we are directed in all our actions by the instructions issued by the public health officials,” Zaidi said.

Zaidi said he is very proud of the work that NKU custodial workers have done in response to this pandemic.

“In any case of natural disaster emergency, we take the time and effort to recognize and honor the people on the front lines, like first responders and people of law enforcement,” Zaidi said. “At the same time, we should honor, thank and appreciate the effort of the custodians. They are and will remain the front of this international disaster that’s happened.”

The Northerner is currently investigating the impact of the switch to online learning, including but not limited to how housing, dining, student workers, labs, studios and the office of Health, Counseling and Student Wellness will be affected. For any questions you’d like to know about the decision, contact us anytime on Twitter or Instagram. For questions or concerns about how the virus could potentially affect campus, contact us at northerneredits@gmail.com or email the University at covid19@nku.edu. Keep checking The Northerner for all updates on NKU’s switch to alternative instruction.