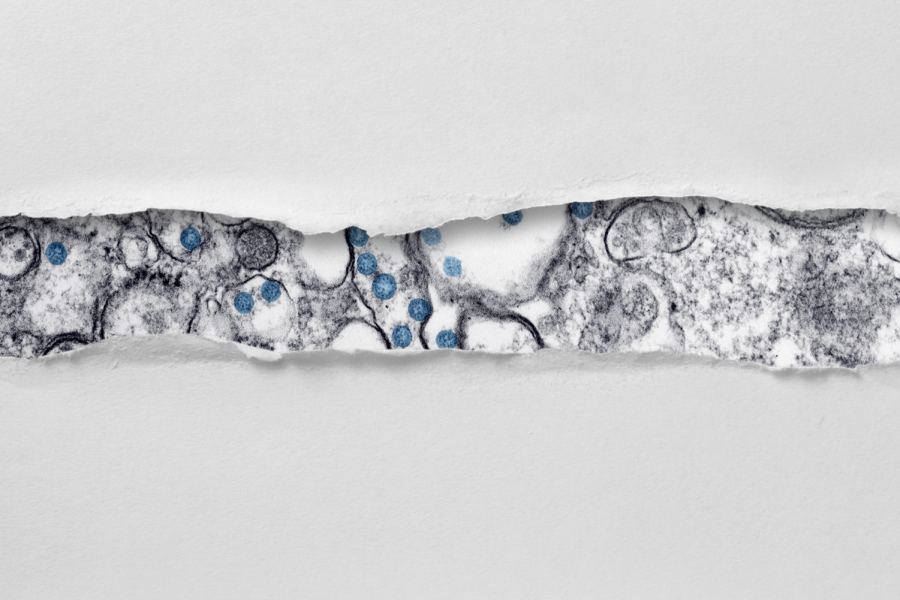 Transmission electron microscopic image of an isolate from the first U.S. case of COVID-19, according to the Centers for Disease Control.

Update: Dr. Amy Acton, director of the Ohio Department of Health, has ignored the court’s decision to go through with tomorrow’s primary and has issued a director’s order closing all polling stations tomorrow.

Governor Mike DeWine tweeted that this was due to risk COVID-19 had on voters and poll workers.

A Franklin County, Ohio judge blocked Governor Mike DeWine’s request to postpone the state’s primary from tomorrow until June 2 to protect voters from the coronavirus pandemic, according to the Cincinnati Enquirer.

“We can’t tell people it’s in their best interest to stay home and at the same time tell people to go vote,” DeWine said after announcing his request to postpone the primary. “We should not force people to choose between their health and their constitutional duties as citizens.”

Kentucky Secretary of State Michael Adams announced that Kentucky’s primary scheduled for May 19 will now take place on June 23.

“My hope is that this delay will allow us to have a normal election,” Adams said in a Twitter video.

Arizona, Florida and Illinois, which also have their primaries scheduled for tomorrow, plan to go through with their nominating contests as of now.

On Friday, Louisiana Governor said he would sign an executive order moving Louisiana’s presidential primary from April 4 to June 20. Georgia election officials followed on Saturday, postponing their state’s primary from March 24 to May 19.

Update: A WOSU News reporter tweeted that there is confusion surrounding the set up of tomorrow’s Ohio primary, following the municipal judge’s decision to continue with the scheduled date.

For questions or concerns about how the virus could potentially affect campus, contact us anytime on Twitter or Instagram or email the University at covid19@nku.edu. Keep checking The Northerner for all updates on NKU’s switch to alternative instruction.