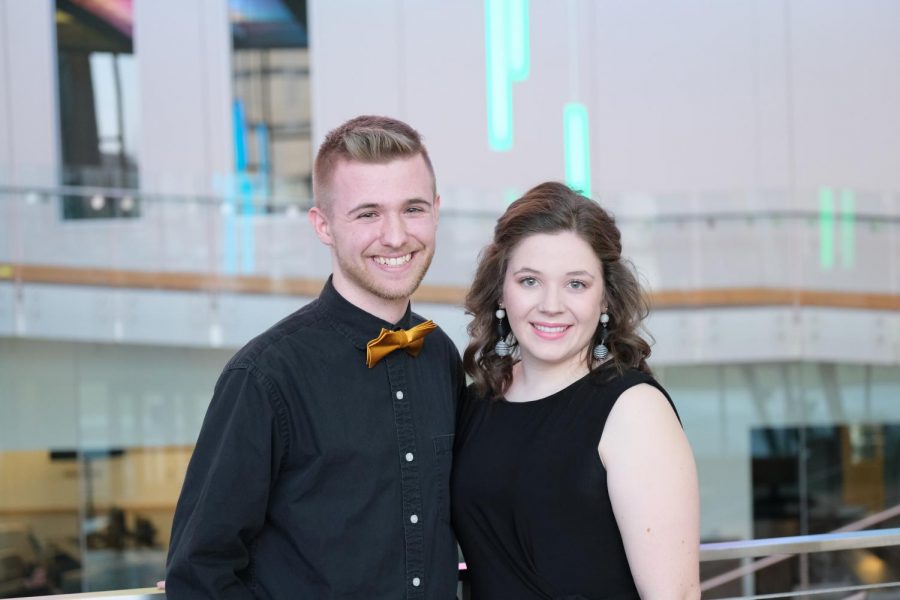 According to Estes, she and Dicthl want to restructure SGA by having colleges and organizations on campus send liaisons to SGA’s meetings.

Alternatively, Estes said restructuring could also be done through forming committees that either SGA members could sit on to listen to student concerns, which they would then bring back to the SGA body.

“Our goal was that there are student bodies on campus who have expressed not feeling their voice is being heard,” Estes said.

Concerning SGA appointments, Estes said she believes that if someone is not qualified for the job, they shouldn’t be appointed.

“I think that it would be for us waiting till we had qualified applicants, whether that be if we have to keep appointing all semester long,” Estes said. “I also think that we need to target our PR into other groups on campus, besides just a few fraternities, sororities or organizations.”

Currently, SGA has a town hall every semester themed around a certain topic, such as mental health. However, Estes said she wants to have two town halls every semester, the second one “geared toward what the students want to hear.”

“By doing this, I hope that our liaisons can spread it to their groups, along with … teaming up with our secretaries and our senators to go back and talk to their organizations and other organizations,” Estes said.

Estes said that for the additional town halls, she would want people to come and pitch ideas to the SGA body.

“If their idea was they want Norse Commons to be open until till 11 o’clock, they can come and pitch that idea. And then, if a senator or a group of senators wants to pick it up, they can pick it up right then and there,” Estes said.

According to Estes, pitched ideas that aren’t initially picked up will be set aside until a senator needs a resolution to work on or if a new SGA member is passionate about it.

“This is going to allow us to hear what the students want directly from the mouth of a student. It doesn’t have any of the stigmatism of a student approaching a senator just out on the bout, or going to the SGA office,“ Estes said. “When a person has face to face interaction, it helps them make them feel special and feel more welcomed and more loved.”

Currently as a senator, Estes is working on a resolution that addresses food allergies, along with vegan and vegetarian diets. According to Estes, NKU does not follow an FDA compliance that was set in 2004 addressing food allergens.

Estes said she is working with Andy Meeks, director of business and auxiliary services, and Celeste Manning, marketing director for NKU dining, to get the university compliant, along with creating a food allergy-friendly line in Norse Commons.

“I feel like we have to start small like that, then move into bringing that awareness into the Student Union,” Estes said.

According to Estes, addressing food allergy and diet concerns in campus dining options would require restructuring how NKU personnel handle food preparations . Estes gave the examples of switching gloves when moving from fish to bread, making sure bread doesn’t touch food for someone who has Celiac disease and cooking veggie burgers in a different area from where beef burgers are cooked.

“I talked to a student who went into anaphylactic shock in Norse Commons from eating a lentil loaf that was supposedly not cooked near peanuts, but in reality, they fried it in peanuts and the food worker did not know that they’ve been fried in peanuts,” Estes said.

On qualifications for president

Estes and Dichtl have served as SGA senators, where they have both worked on resolutions. However, Estes said she doesn’t believe SGA experience is needed to be student body president and that anyone who is driven can run.

Dichtl said that when he was a senator during last year’s Hannah Edelen and Matt Frey administration, Frey did a good job working with Edelen and listening to everyone else, despite not having been an SGA member prior to his position as vice president.

According to Dichtl, his work on resolutions, such as one that passed last year that extended Steely Library hours during finals week, along with connections made with NKU administration from sitting on the Master Plan Steering Committee has prepared him to run for vice president.

For Estes, she said past leadership experience (she is currently an orientation leader and presidential ambassador), along with having new ideas and not being afraid to back down from a challenge, has prepared her to be the student body president.

“I have talked to my fellow students about the qualifications, and a lot of them told me that you need to be someone who is approachable, someone who is personable, but someone who presented themselves in a manner that would make our student body look respectable when sitting on the board of regents,” Estes said.

Estes said she wants to be the person on campus that students can voice their concerns to and that she wants to help ensure NKU is as inclusive as possible to all students.