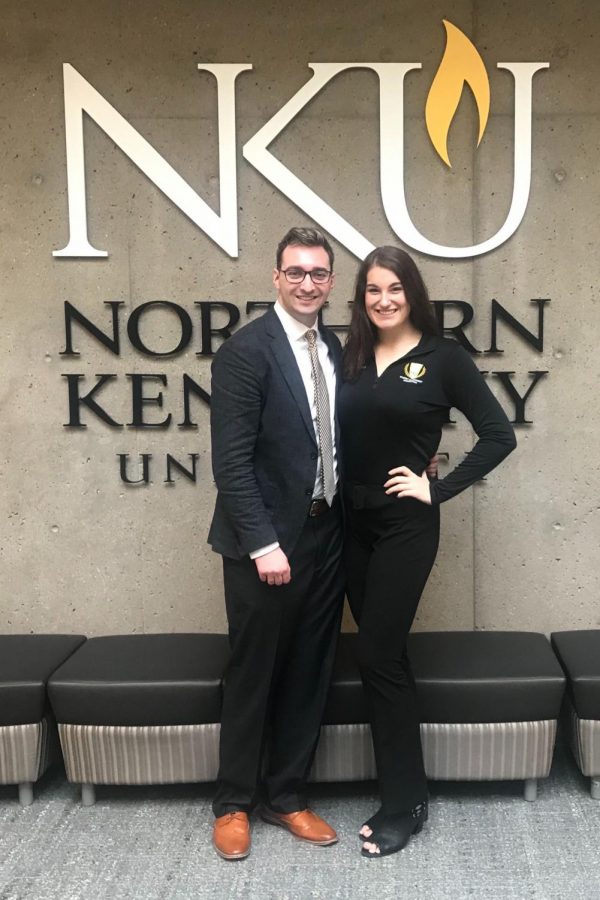 Jessica Archer recently announced her bid for SGA president in the upcoming election. According to Archer, her platforms focus on communication and transparency to combat issues such as enrollment decline, student representation and administration accountability. She plans to propose more support of SOTA programs, student-led recruitment and collaboration with campus communities.

Archer said her proposals are informed by student input and will be executed through the lens of a typical student.

“I’m a real student, and I want to inspire real results,” Archer said.

Archer is a sophomore integrative studies major with focus areas in theatre, organizational leadership and management. She currently serves as SGA’s secretary of public relations. She’s also the secretary of SOTA’s Center Stage Players and the ritual chair and song leader of Kappa Delta Sorority.

Archer has chosen Jacob Wilson as her running mate. Wilson is a sophomore human resources management major as well as an SGA senator. He is a resident assistant in University Suites, serves as the vice president of recruitment of Sigma Phi Epsilon Fraternity and was formerly Vice President of the College Democrats.

NKU as a first choice

A major point of their platform is to rewrite NKU’s perception as a “safe school”—a university that is considered easy to get accepted into and has an affordable cost—in the region.

“NKU is a top school, not a safe school,” Archer said. It’s a claim that would have shocked Archer as a senior in high school two years ago.

According to Archer, she remembers bursting into tears the moment she paid her enrollment fee for NKU. She had dreamed of going out-of-state for school to pursue theatre, but her parents pushed her to reconsider. Archer had a younger brother that her family also had to put through college, and she knew the burden of student loans through her older sibling who had graduated and was still paying them off.

NKU was initially considered the safest option for her, but it didn’t take long into her freshman year to discover that it was actually the best one, Archer said.

“I can’t thank [my parents] enough,” she said. “I’m even trying to convince my younger brother to come here now.”

That’s how Archer believes the perception can be changed: through a grassroots outreach program.

According to Wilson, there are many high schools within and nearby this region that do not display NKU as an option. Archer and Wilson said they want to inspire current NKU students to visit their hometown’s high schools to talk about what NKU has done for them and what the university can do for others.

Archer also said NKU’s recruitment would also benefit from internal changes, such as Archer’s goals for renovation around SOTA.

Some of Archer and Wilson’s goals include “splitting the dance and theater to create their own program/space, preserve the Corbett Theatre, fix the dance studios, and finally, encourage career services to incorporate more art based majors in career fairs,” according to their campaign’s social media account.

“Just from my personal experience, I feel very passionate about students in the arts,” Archer said. “It’s about letting them feel validated [on campus]. I’m so proud of them.”

Personal connections and internal restructuring of some programs can lead to a change in perception and an increase in enrollment, according to Archer.

Campus solutions will be student-input driven

“Student government should work for all students, not just the selected few,” Wilson said.

Archer said she plans to attend several meetings across campus, including the National Pan-Hellenic Council, the Honors College and “all organizations that don’t get enough of a voice on campus.”

According to Wilson, their administration would also install an open-door policy in the SGA office for those to come by and share their concerns. He and Archer hope to reach not just campus organizations but communities as well, such as those identifying as LGBTQ+.

“Almost 25 percent of NKU’s student population is reporting to be a part of LGBT communities,” Archer said. “We just want them to know that we hear them and we see them.”

Archer and Wilson plan to work closely with the Center of Student Inclusiveness, which provides support and resources for communities such as people with disabilities, LGBTQ+ members, African Americans and Latinos.

“We want to listen not just to respond but to act,” Wilson said.

“I think it’s very easy to put on the president title and feel the need to side with the administration,” Archer said. “But we are siding with students and student input. Our prioritization lies with students.”

A major goal for Archer and Wilson is for NKU to be considered a top school in the region, but Archer said that SGA must first tackle internal concerns if they are to expect external results.

She said she wants to start a podcast to present “everything happening within the community.” The podcast’s purpose would be to highlight student success as well as broadcast campus concerns.

“If we make these concerns public and viral, faculty administration would have no choice but to respond,” Archer said.

The podcast would also serve as a recruitment tool to show how NKU fosters success and uses transparency.

According to Archer, she hopes her actions will speak louder than words during her run.

“It’s very easy to put words in front of students,” Archer said. “But we want to provide actions.”