Balancing a healthy diet as a college student 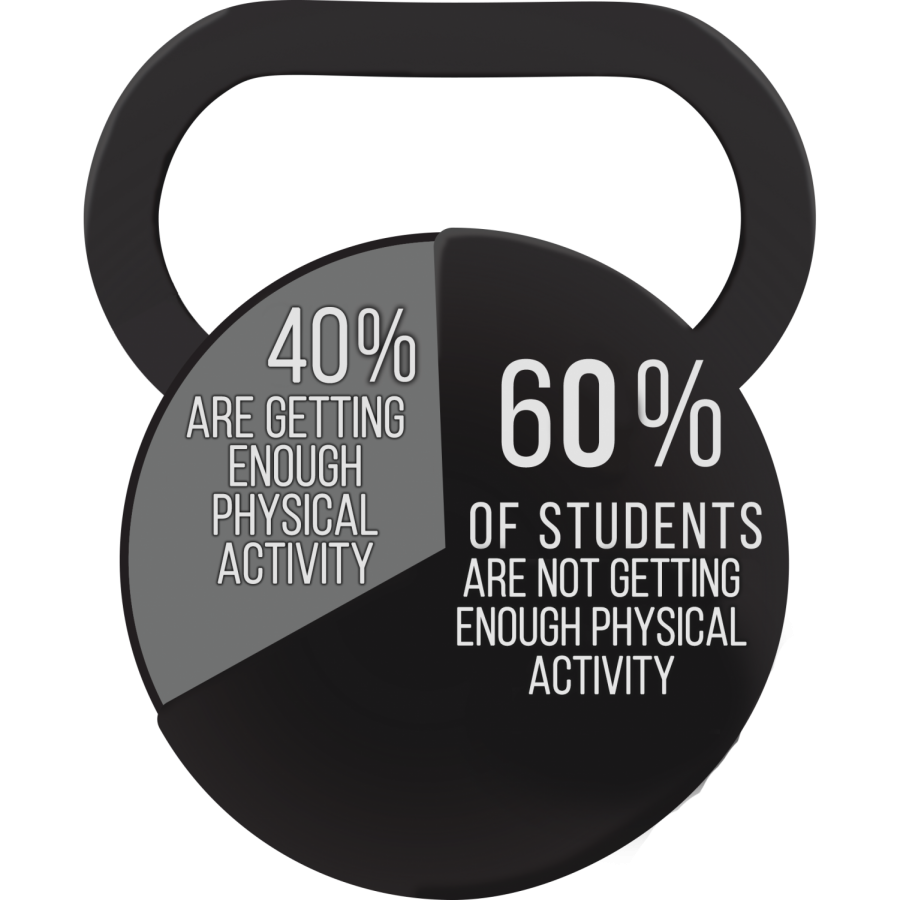 60 percent of students aren’t getting enough physical activity, according to a study by Northwestern Medicine and Northeastern Illinois University.

As college students take on heavy course loads, jobs, extracurricular activities, family responsibilities and more, it can be a struggle to prioritize eating well and exercising.

95 percent of college students are not eating the recommended amount of fruits and vegetables and 60 percent are not getting enough physical activity, according to a study by Northwestern Medicine and Northeastern Illinois University.

ChooseMyPlate is a program by the U.S. Department of Agriculture designed to educate and improve the nutritional health of Americans. The program recommends between one to three cups of vegetables and one to two cups of fruit a day and at least two and a half hours of moderate-intensity physical activity a week for adults.

Ashley Bealka, graduate assistant for the kinesiology department, said students should eat vegetables and protein with every meal. According to Bealka, protein can be plant-based for those who avoid meat or processed foods.

“It’s not really that hard what you should be eating, it’s actually executing it,” Bealka said. “I have seen the most success when people are consistent.”

Bealka said one way to be consistent is to plan ahead by meal prepping or choosing a day to go to the grocery store.

Parker Hahn, sophomore and exercise science major, said, “If you can actually learn to make the foods that you like that are healthy, you’re going to be a lot more inclined to do that than spend extra money somewhere to get it.”

According to Kinesiology professor Dr. Jennifer Kaiser, some students also face challenges such as living in a dorm without access to a kitchen, lack of cooking skills and limited knowledge on what foods are healthy.

“If you weren’t the one cooking your meals growing up at home, then you get to college and now you’re on your own and it may seem silly that you don’t know how to cook scrambled eggs or spaghetti, but maybe you really don’t know how to do that,” Kaiser said.

According to Kaiser, some ways to implement exercise into daily routines include parking further away in order to walk more, walking faster to class to increase heart rate, taking the stairs instead of the elevators or utilizing YouTube exercise channels. NKU’s Rec Center also provides personal training and fitness classes.

Kaiser said the idea of physical activity does not always mean going to lift weights in the gym or run on the treadmill. It could be taking a Zumba class, dancing to music in your apartment, gardening or taking the longer route to class.

“It is worth choosing to take the steps every time rather than the elevator even if you’re not running a marathon every semester and it is worth choosing the healthier option when you have the ability,” Kaiser said. “You don’t have to be a fitness star. You just want to start setting the foundation for healthy lifestyle behaviors.”